Azerbaijan is located in the south of Russia on the mighty Caucasian Mountains which unite some of the highest mountains in Europe. For most people, the capital of Baku may be the only popular place within Azerbaijan but deep in the heart of the Caucasian Mountains a small village is hiding that ranks among the highest populated places in all over Europe: Xinaliq. The village, hosting about 2,000 people, is not only 2,350 meters high but has some special features that make a visit absolutely recommendable. 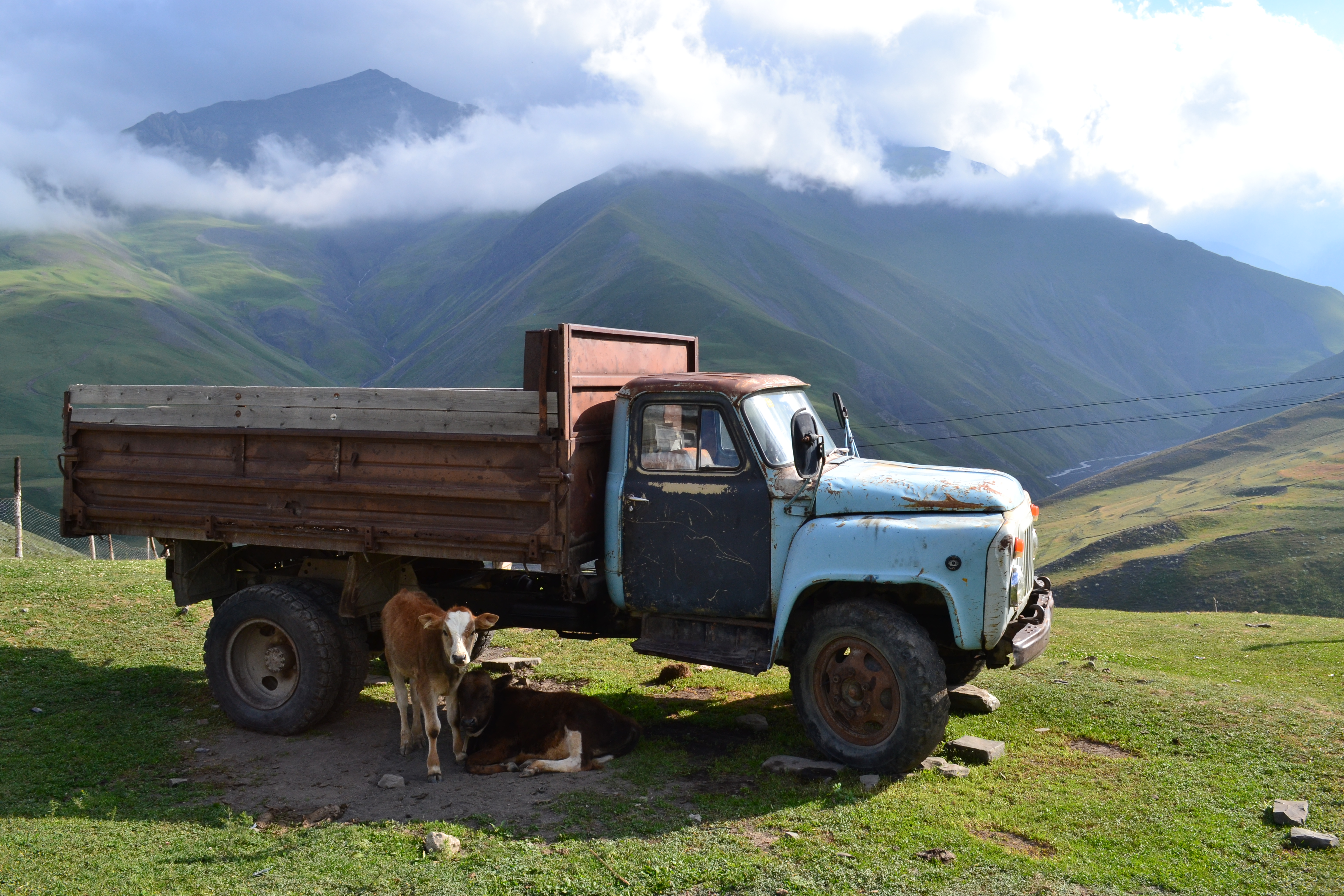 During my stay in the summer of 2017, Baku was my main base within Azerbaijan. Since I did not rent a car, I was dependent on local transport which, however, never turned out to be a problem. To reach Xinaliq, you need to take a local bus from Baku to Quba. For the route that is partly lined by dry and rocky desert landscape, you should calculate three to four hours. Arriving to Quba, you only have the option of either being picked up by the owner of your previously booked accommodation in Xinaliq or sharing a taxi with other travellers and/or locals. With shared taxis there might be the problem that they often leave Quba in the morning which means that they leave before most travellers, arriving from Baku, reach Quba. I had a great experience by being picked up by my host Elnur who welcomed me authentically in a Lada Niva 4×4. 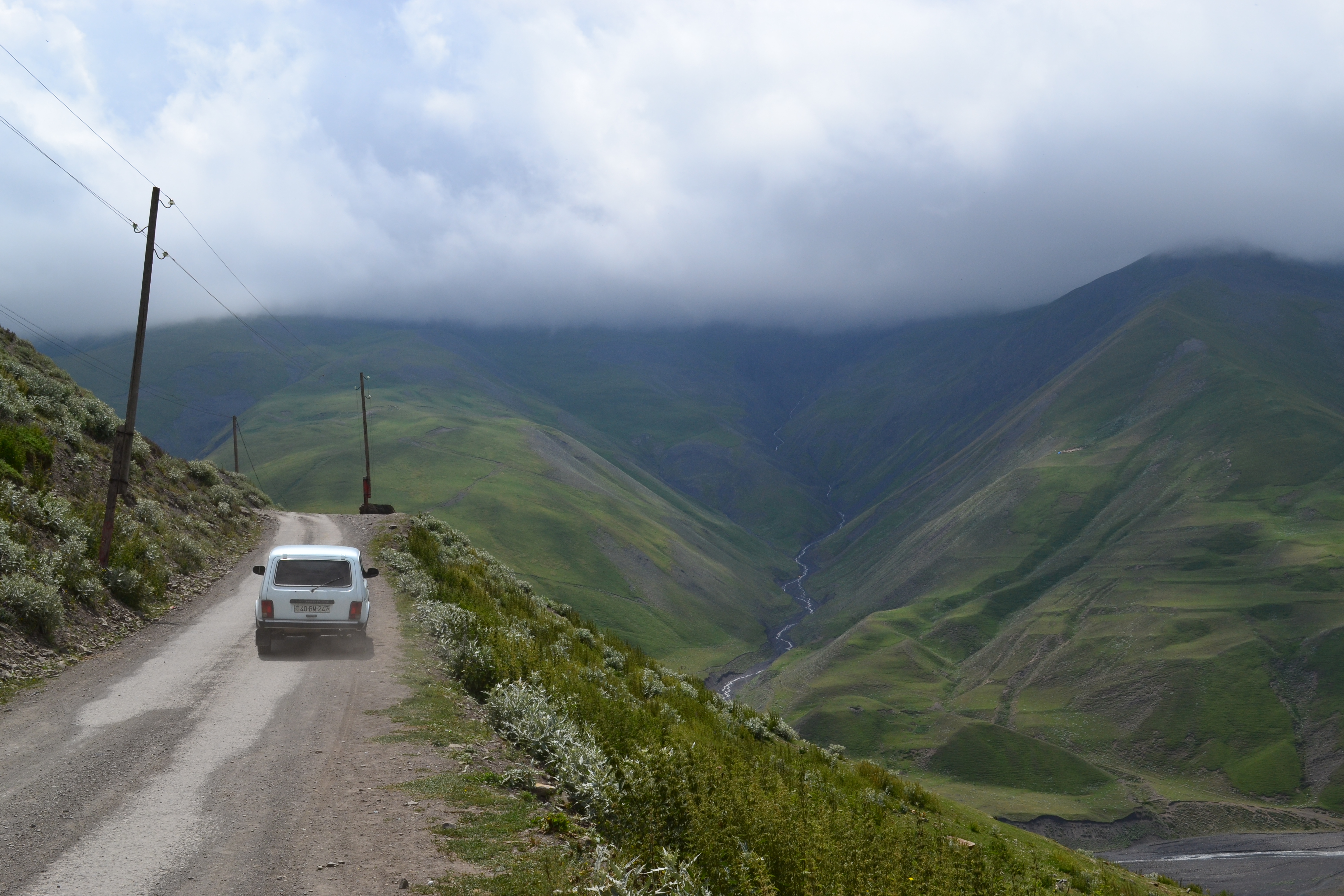 For a round trip I had to pay 60 Manat (about 30 €) which were reduced to 45 Manat because I could share the return trip with another traveller from Estonia who I met in Xinaliq. In general, the route from Quba to Xinaliq (2 to 3 hours) was one of the most spectacular car rides I ever had the chance to do. The breath-taking scenery makes up for every pothole on the track!

Indeed, with just about 2,000 inhabitants, you cannot expect any luxury resorts in Xinaliq which also would not match the wonderful atmosphere of the local village life. The seclusion far above 2,000 meters takes its toll when it comes to the local food supply. Many of the male residents of Xinaliq are shepherds and earn some money by providing parts of their homes as tourist inns. There are no hotels in the traditional sense but only homestays and small inns which, in my opinion, makes a visit even more exciting. It’s a great way to get a glimpse of how people live in the Caucasian Mountains and how living conditions used to be in Azerbaijan in former times. Using booking.com, you will find several accommodations in Xinaliq. I stayed in the “Xinaliq Qonaq Evi”, a spacious building with several single and shared rooms, beautifully situated at the bottom side of the village. 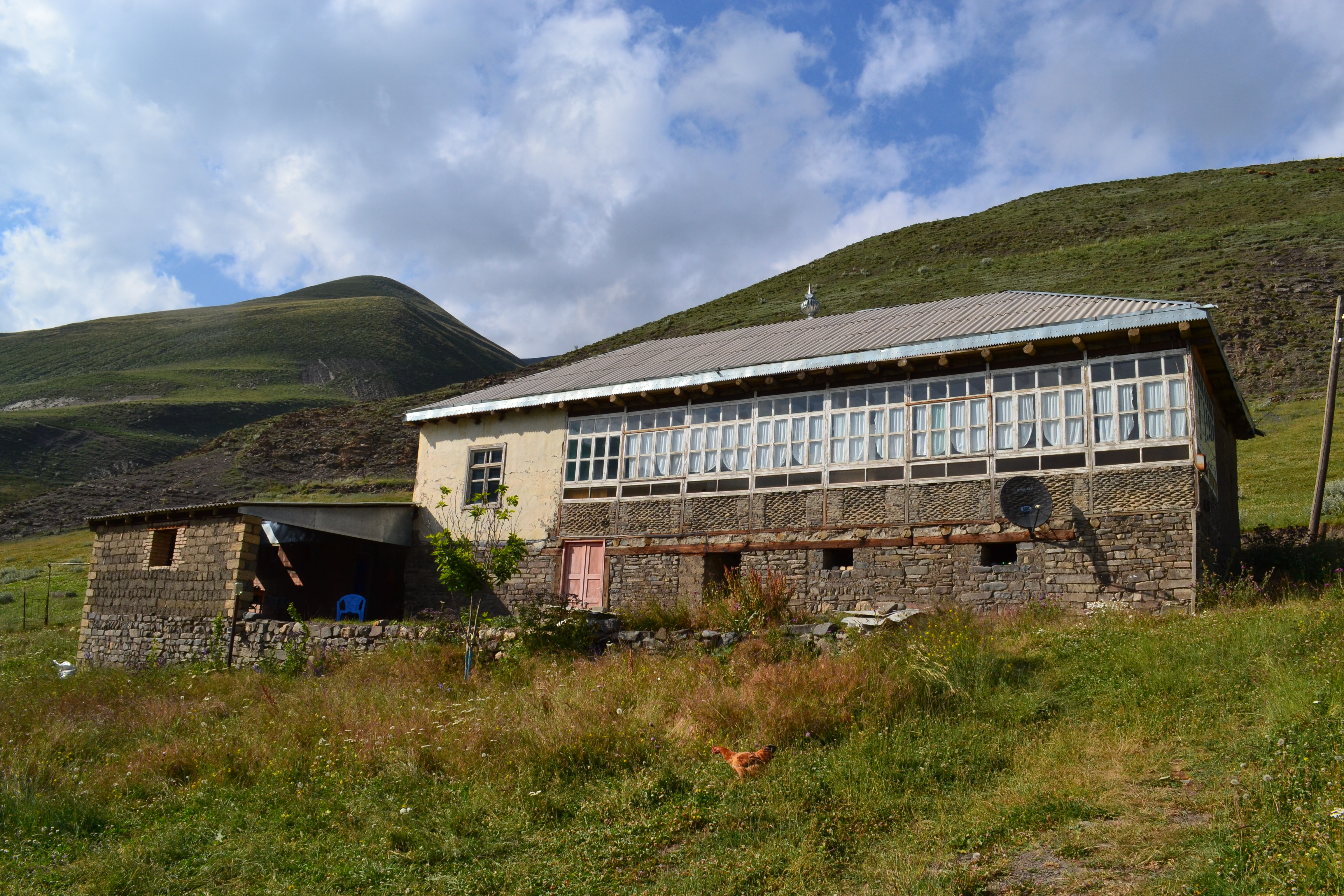 20 euros per night seem a bit exaggerated given the lack of comfort, especially since breakfast and dinner are not included. However, given the seclusion, costs were reasonable and I never regretted visiting Xinaliq. 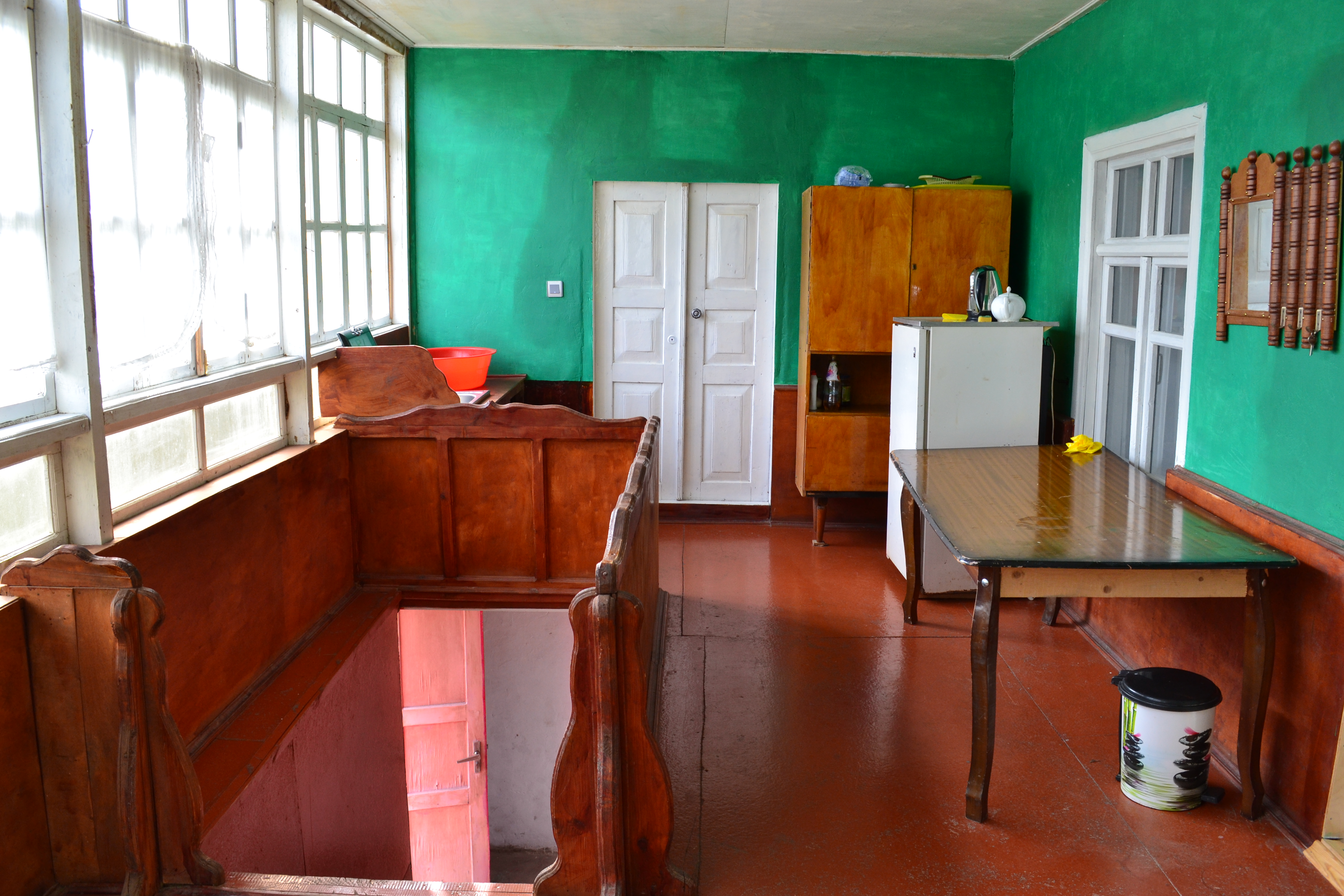 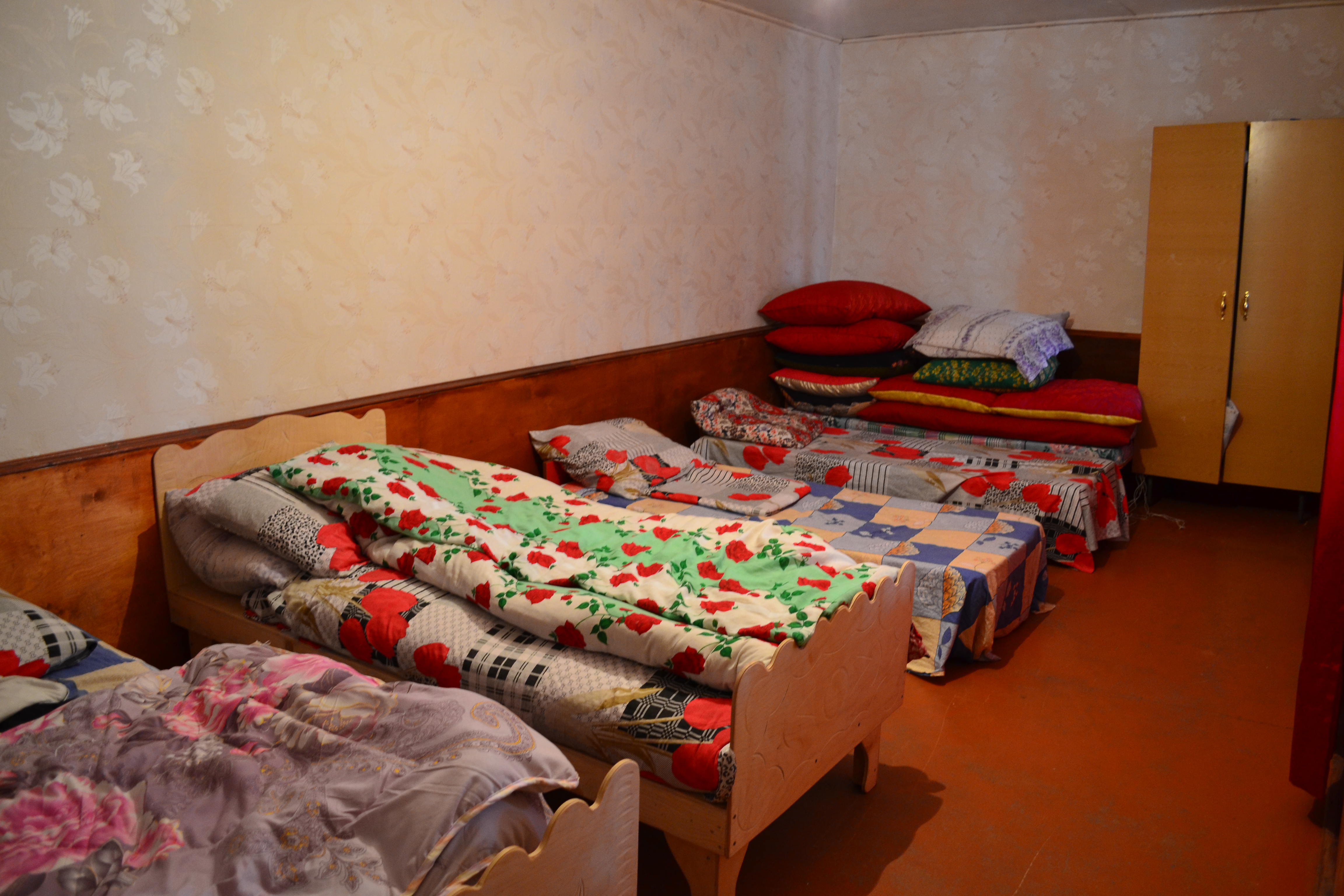 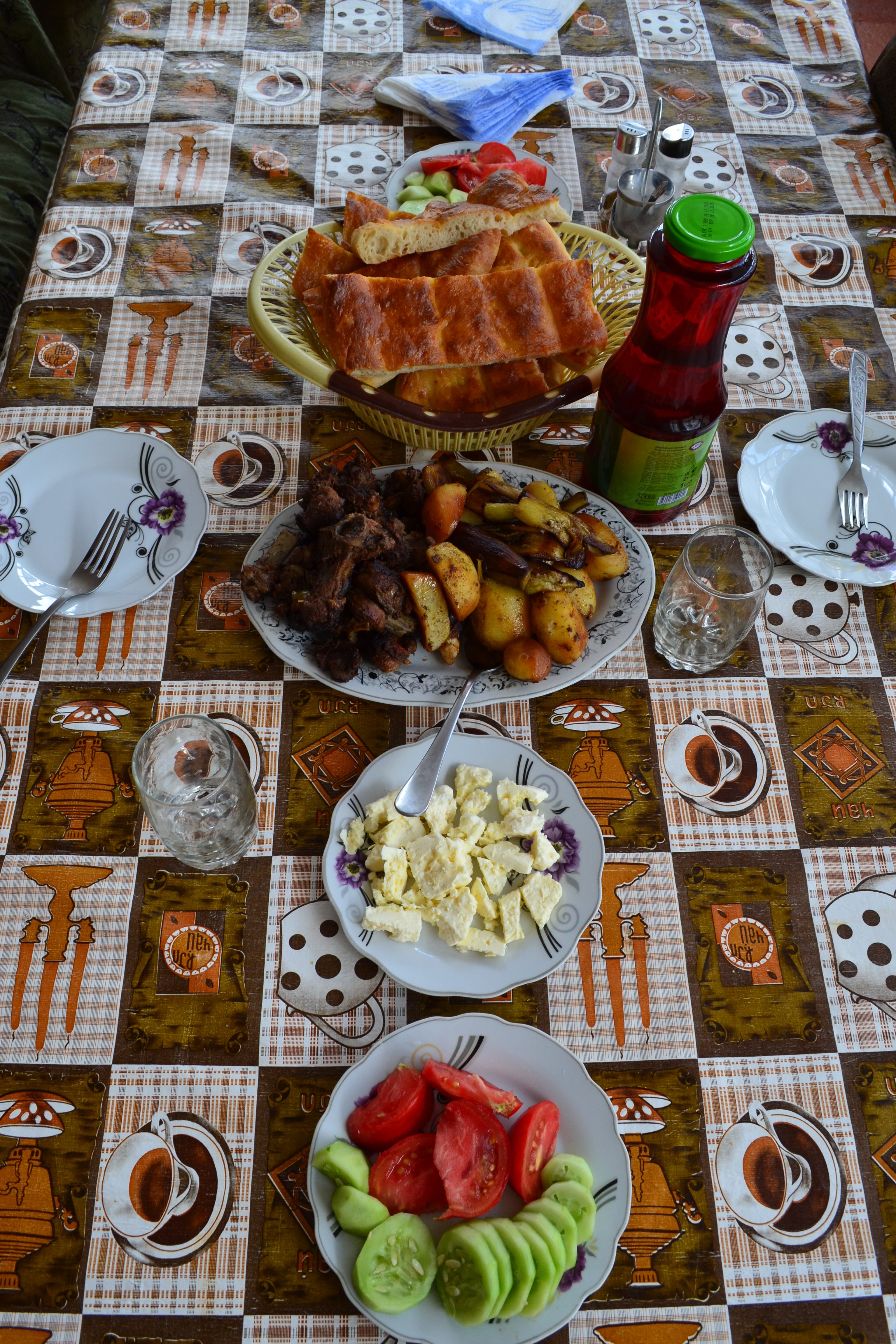 Xinaliq – A place full of local and cultural characteristics

Before exploring Xinaliq, I would like to share with you some exciting background information regarding the village and its surroundings. Let’s start with the history of Xinaliq which dates back over 5,000 years, making Xinaliq one of the longest permanently populated places in the world. The difficult accessibility of the region meant that the village was largely spared from conquest and could survive in its actual form. 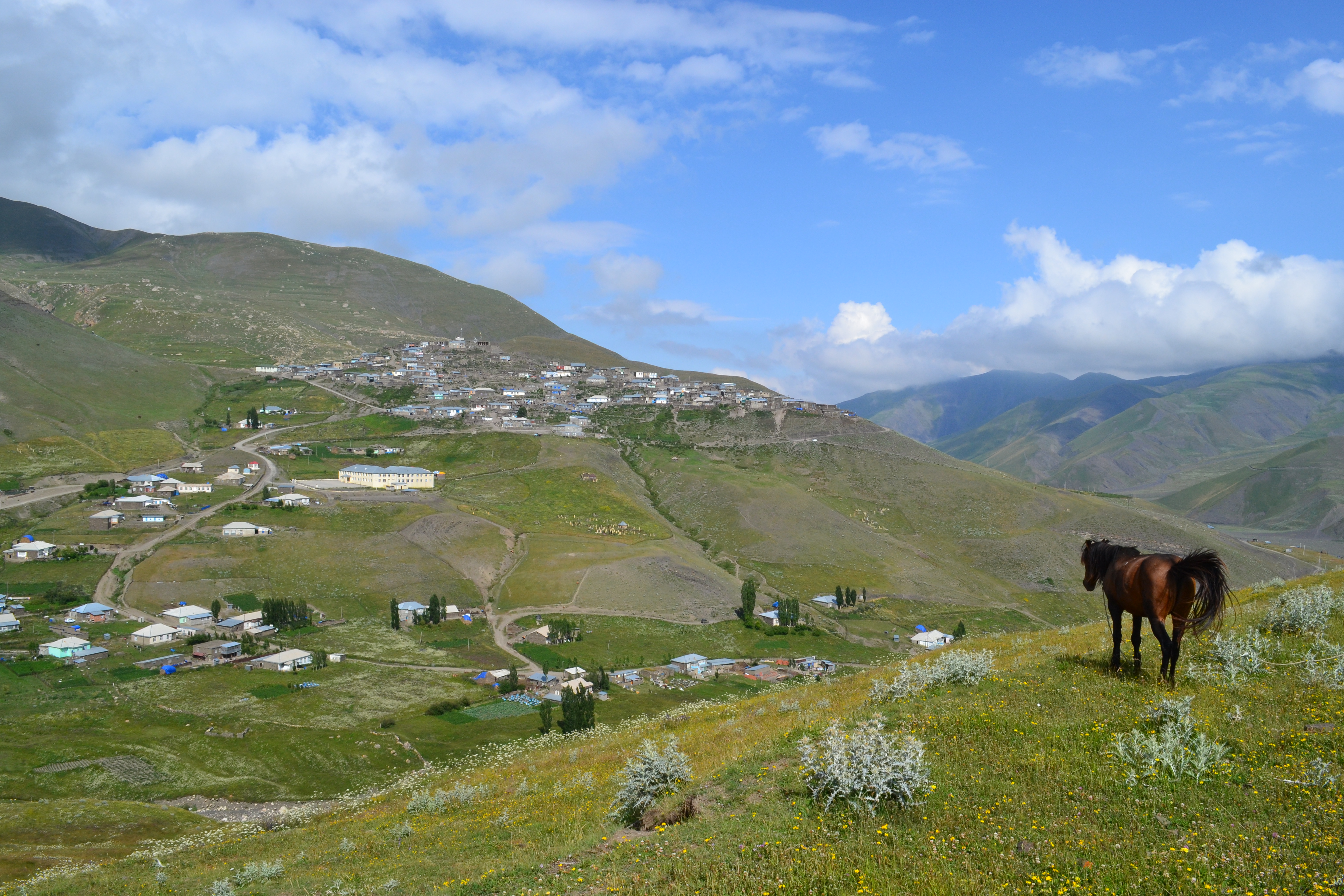 Xinaliq is closely rooted in Albania (also known as “Caucasian Albania”), an ancient kingdom in the Caucasus. The term “Albania” was handed down through ancient Greek and Latin records and contained a different language that is still spoken in Xinaliq while it can not be understood by most of the Azerbaijani population. Although many residents of Xinaliq speak the Azerbaijani language, the language of the local community is completely independent and already shows that Xinaliq is situated in a completely different and kind of unknown world. 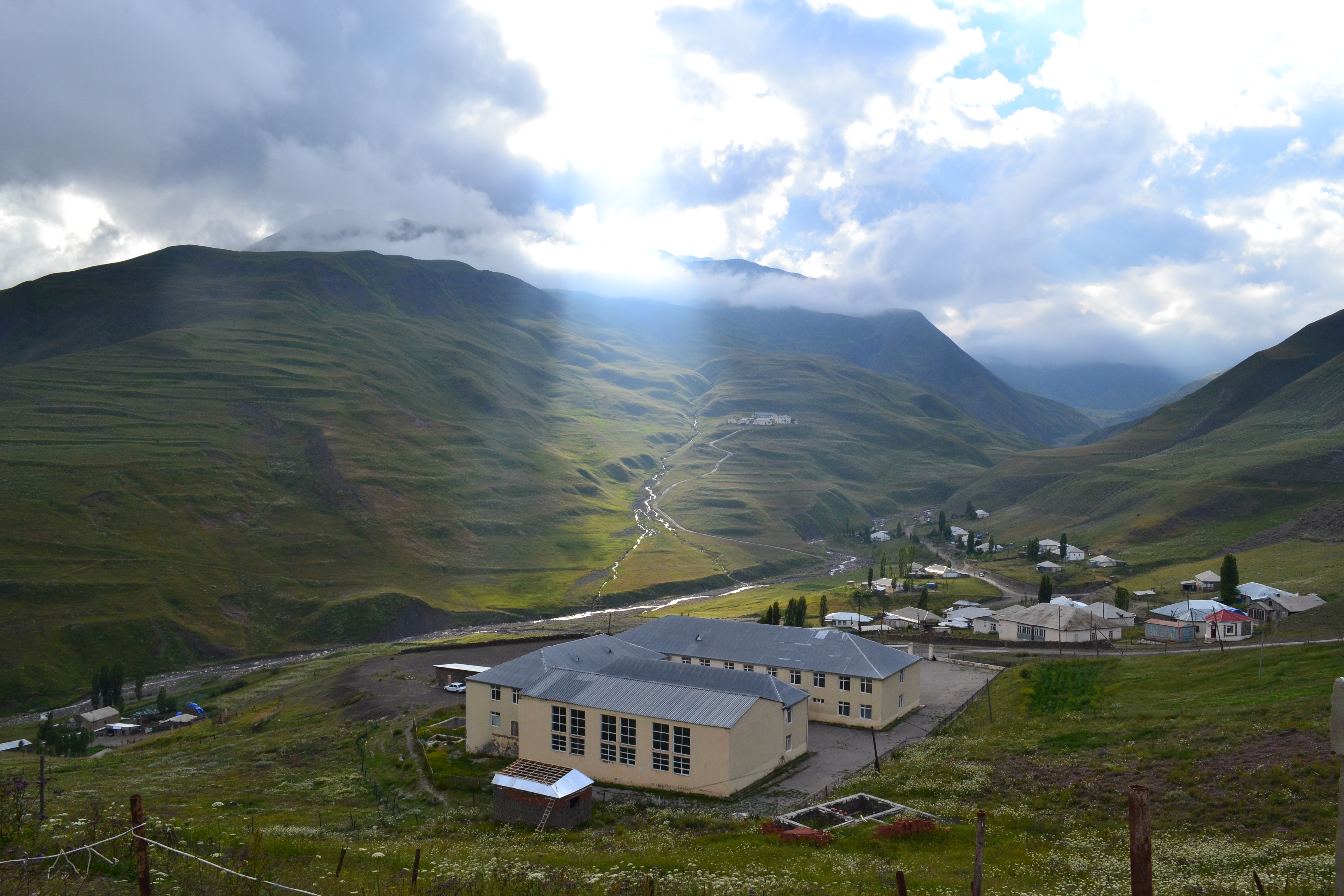 Another characteristic is the architecture of Xinaliq. The houses of the village are stacked on top of each other so that the flat roof of a building becomes the terrace of the building above. Furthermore, the manure of livestock is mixed with hay and dried here. Using this technique, the manure loses its smell and can be used as a source of heat and fire in winter. 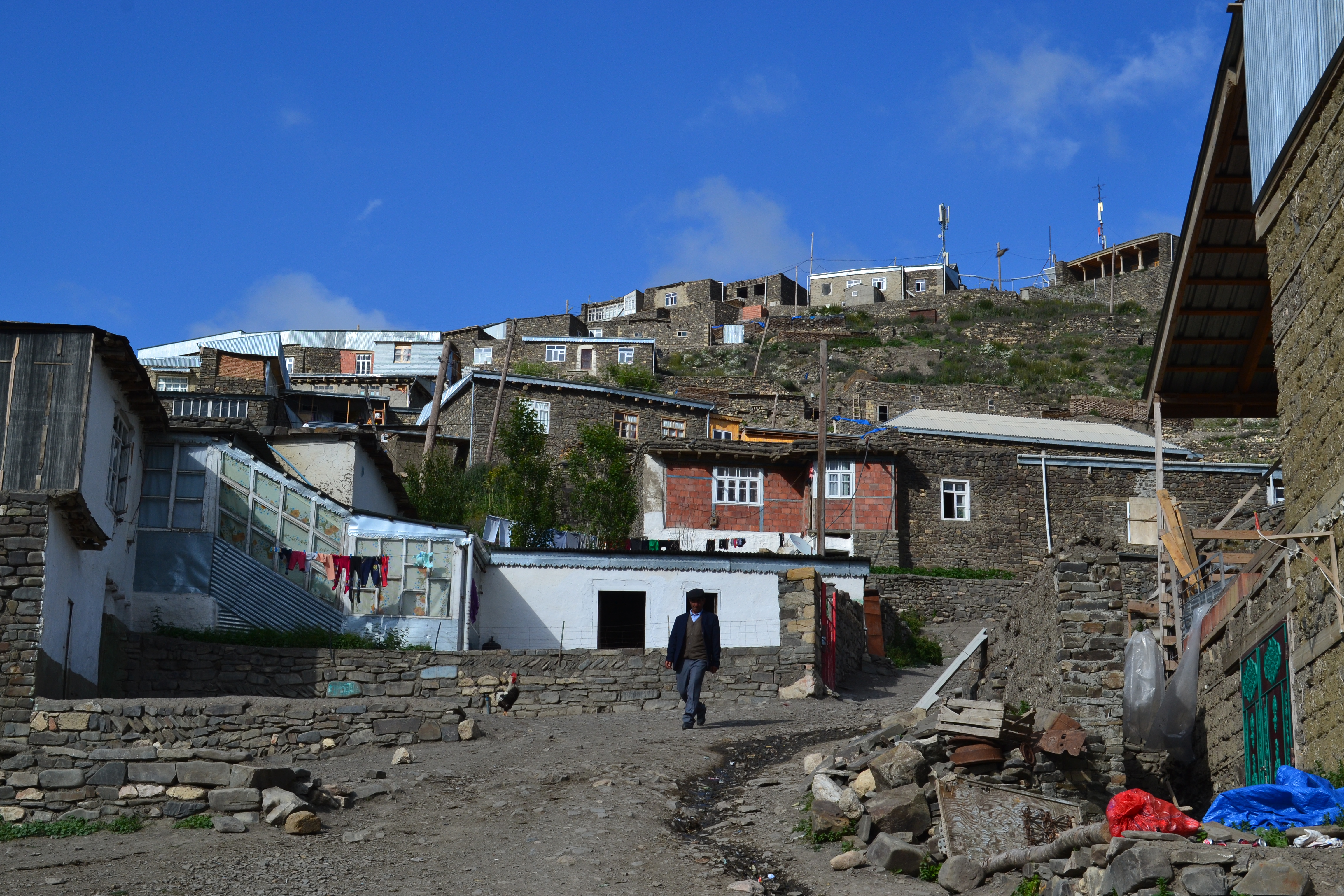 The probably most interesting feature of Xinaliq is the legend of Noah. According to it, the mountain above Xinaliq served as the place where Noah drop the anchor of his ark after the flood to enable his family a new life there. As a result, the villagers call themselves the direct descendants of Noah and Jafet, one of Noah’s sons who is considered as forefather and founder of the Caucasian peoples. The discovery of mussels and fish fossils is considered as evidence that the region must have been submerged in the past. 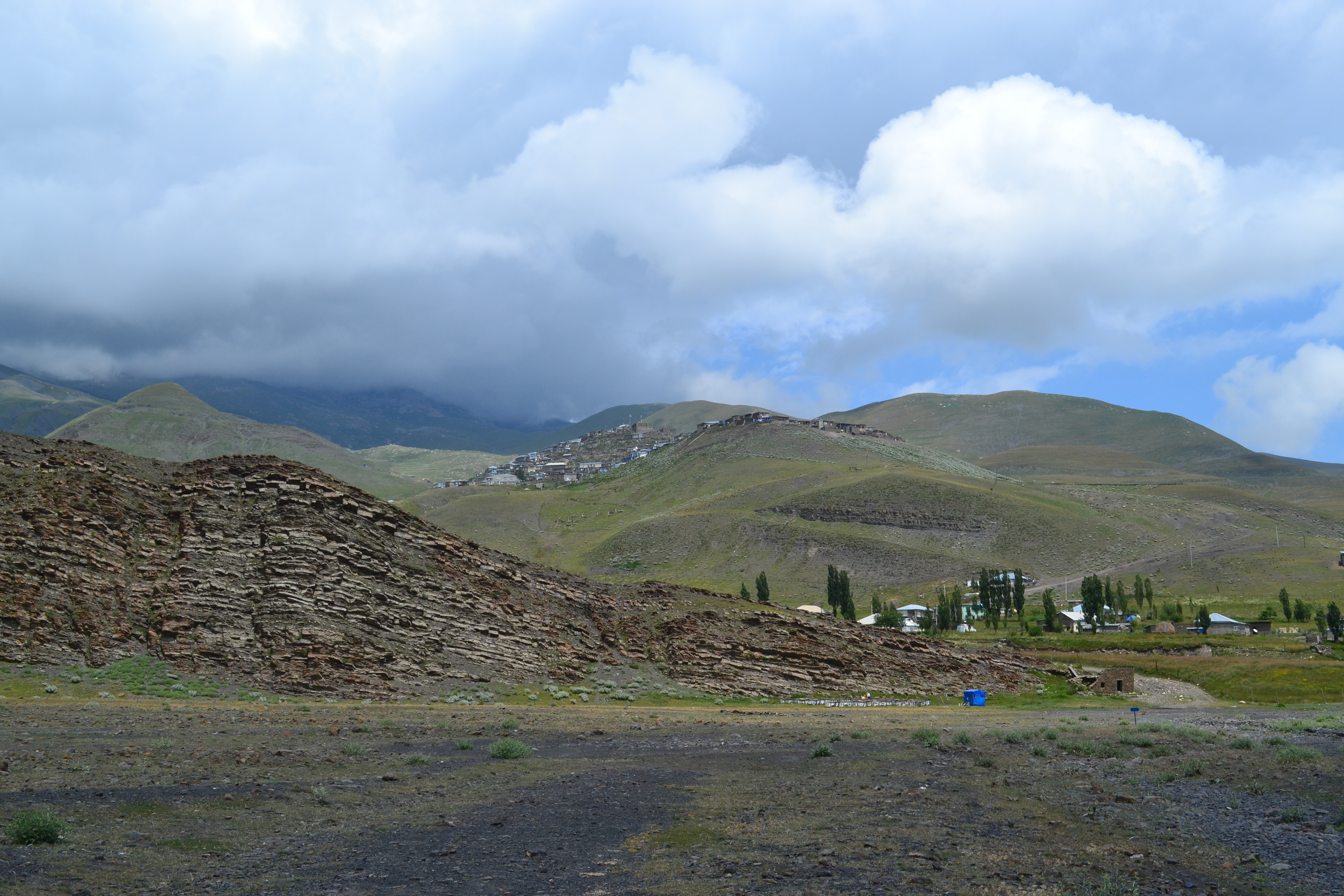 However, there is another legend about a tall, hairy and human-like creature that lives in the mountains around Xinaliq. A villager reportedly saw it in 1988 with his own eyes and was shocked by the experience. I told you, Xinaliq is full of surprises!

Xinaliq does not really have many sights or attractions to offer. Even hiking in the region is complicated since the Russian border with a military base is not far away wherefore many trails require an official permission which is costly and hard to get. In fact, it is the village and its surroundings themselves that make a visit to Xinaliq an unforgettable experience. Walking around the village, watching children playing around while smelling cow dung and being surrounded by a breath-taking backdrop is priceless these days. The local children even shook my hand and introduced themselves in English. Even nowadays, Xinaliq attracts significantly fewer travellers than Baku which is great as the place was not yet affected by the negative effects of tourism. Experiencing a village community that lives according to ancient traditions, that is reducing its usage of electricity and food to a minimum extent, and that is completely unimpressed by the potentials of tourism was an incredibly cleansing and truly beautiful experience in our todays throwaway society. Of course, blog posts like this one may boost tourism to Xinaliq but I am convinced that the place will never change its identity. Overall, the atmosphere of this magical place can not be put into words. Hopefully you get a good first impression with the following pictures! 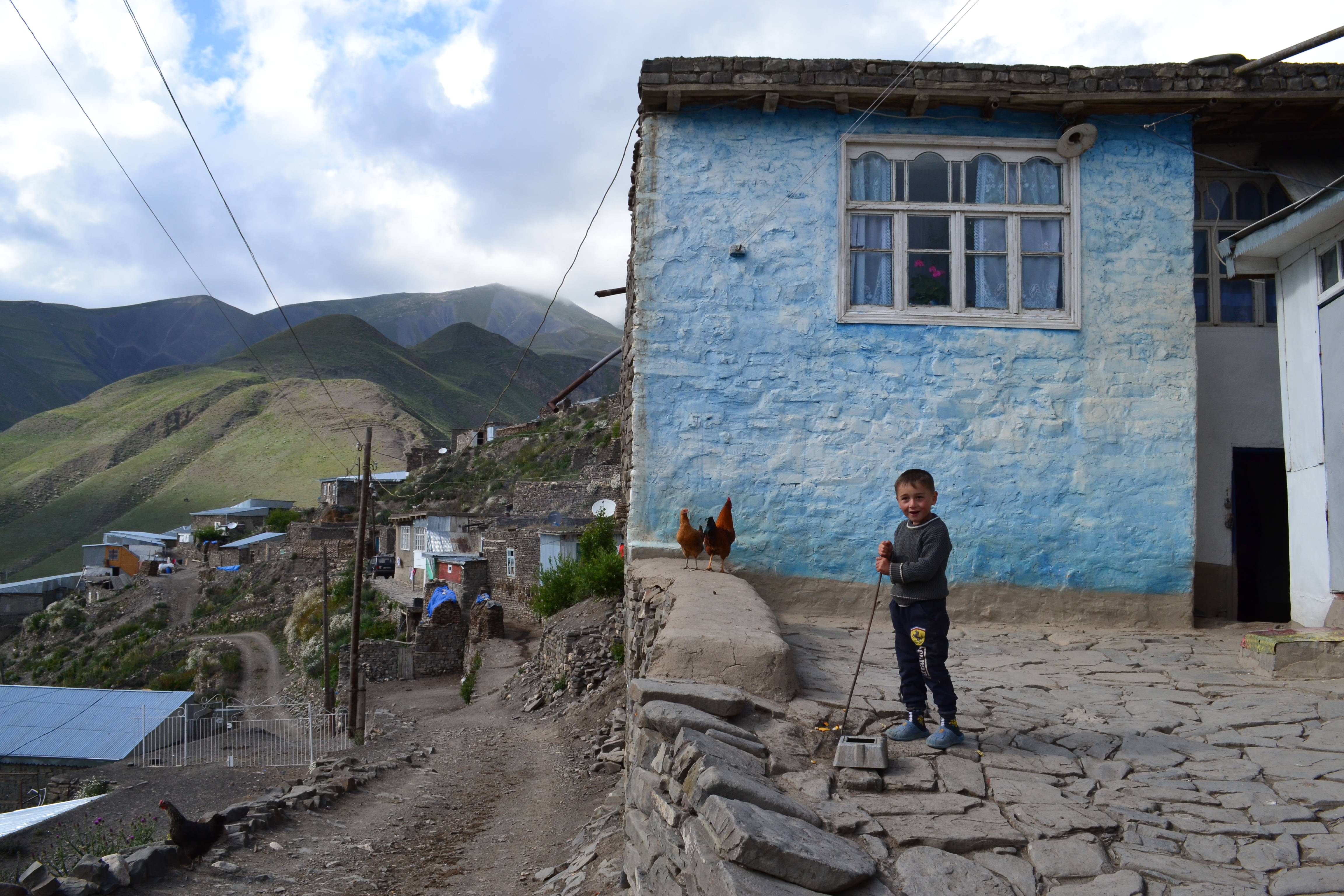 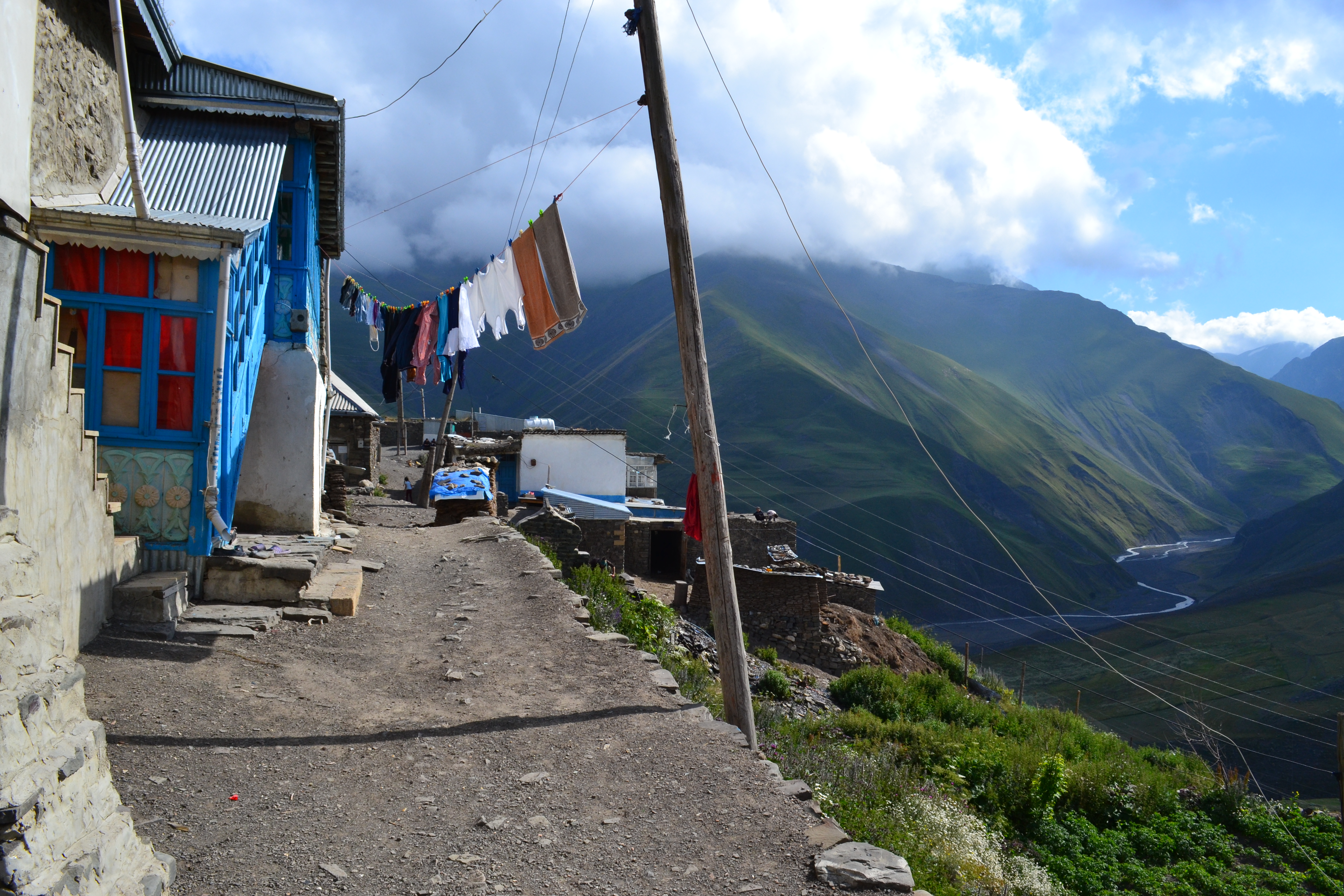 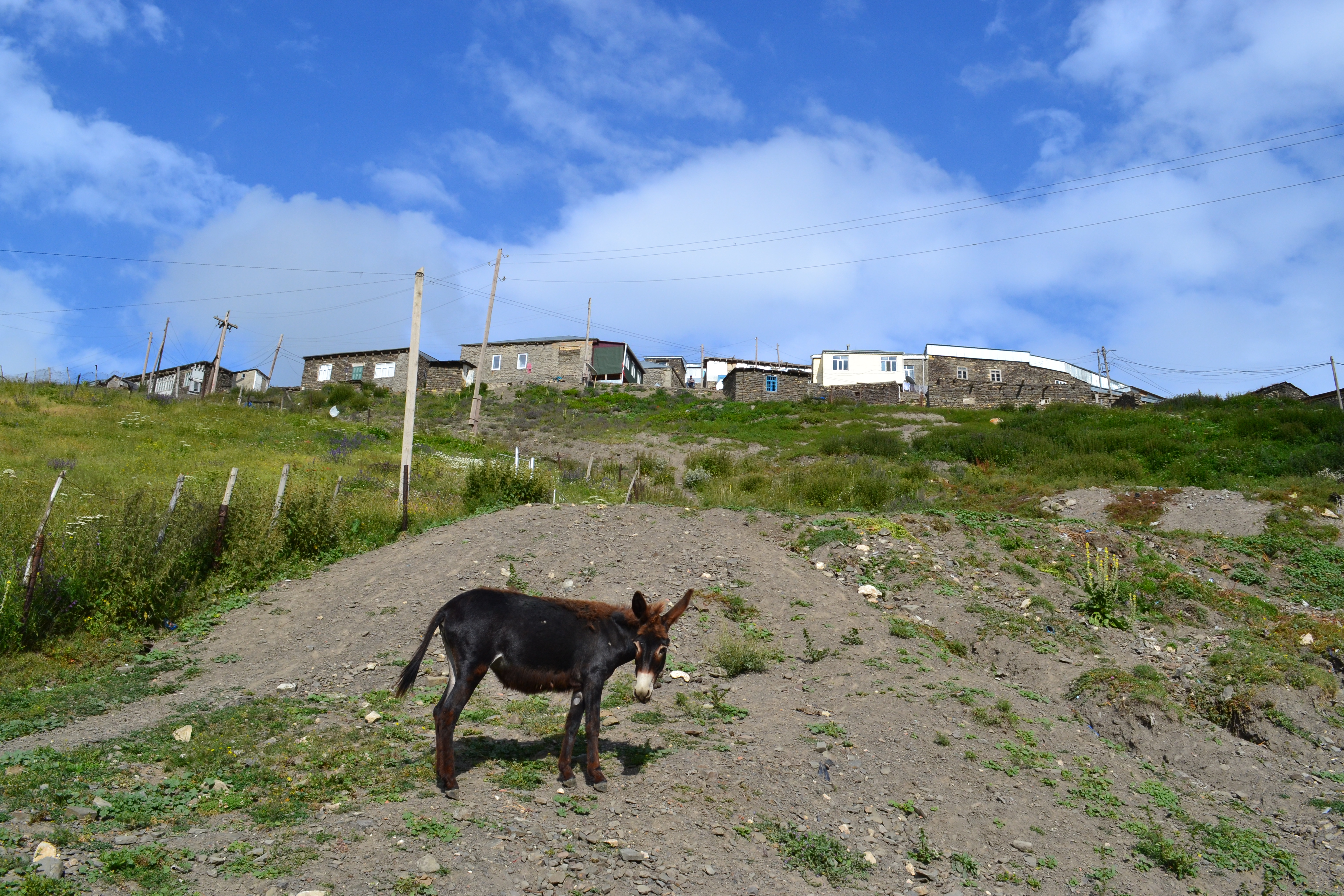 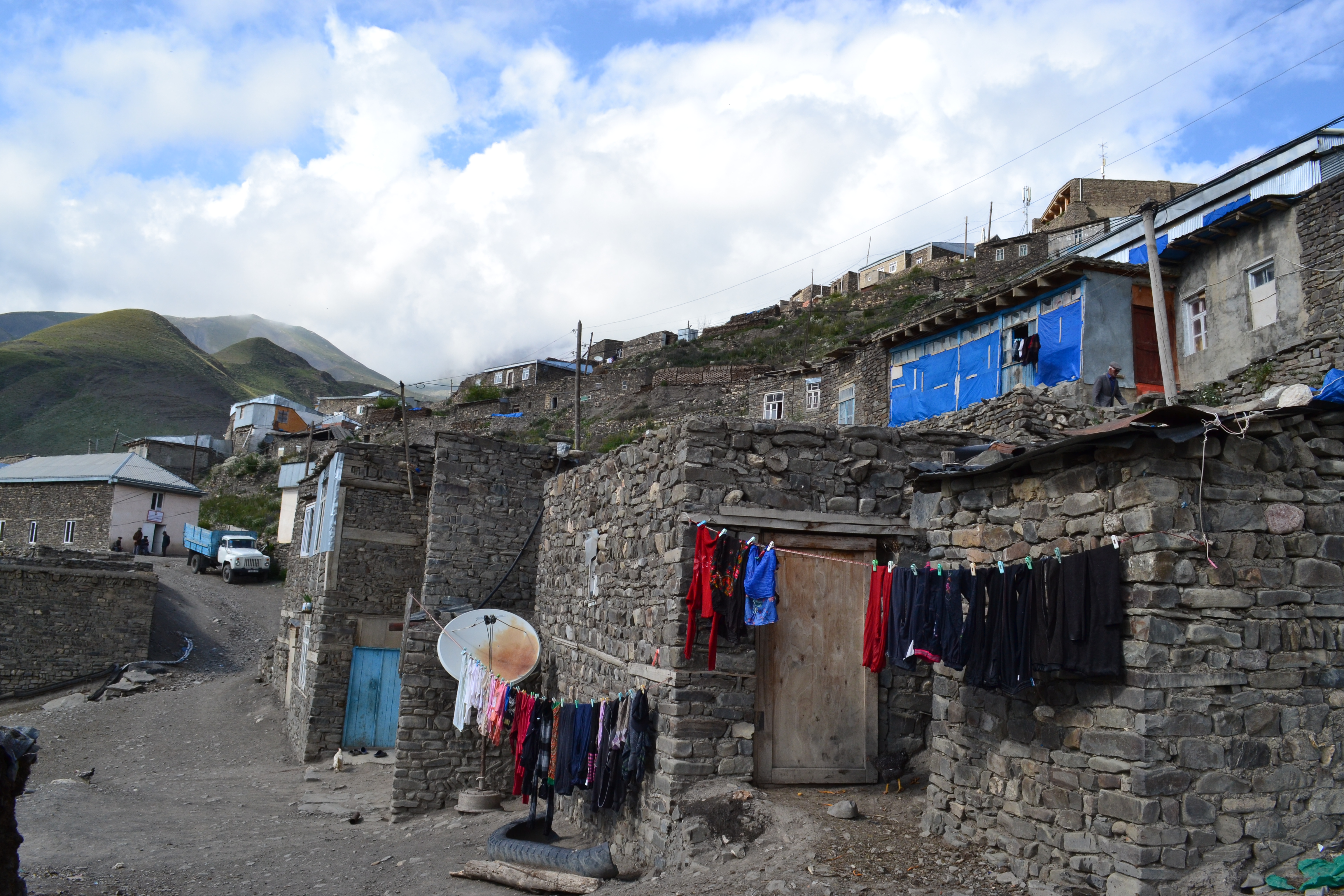 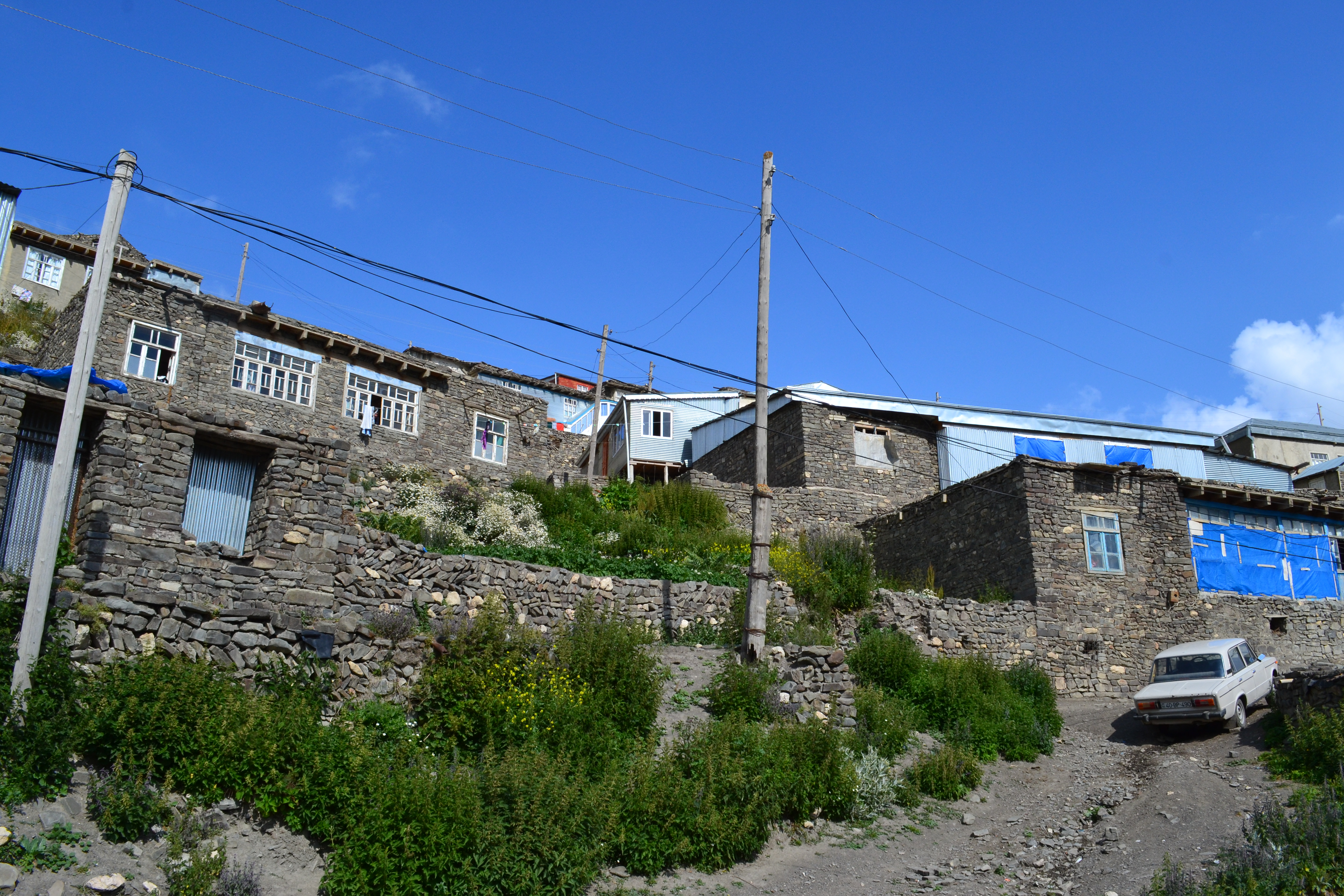 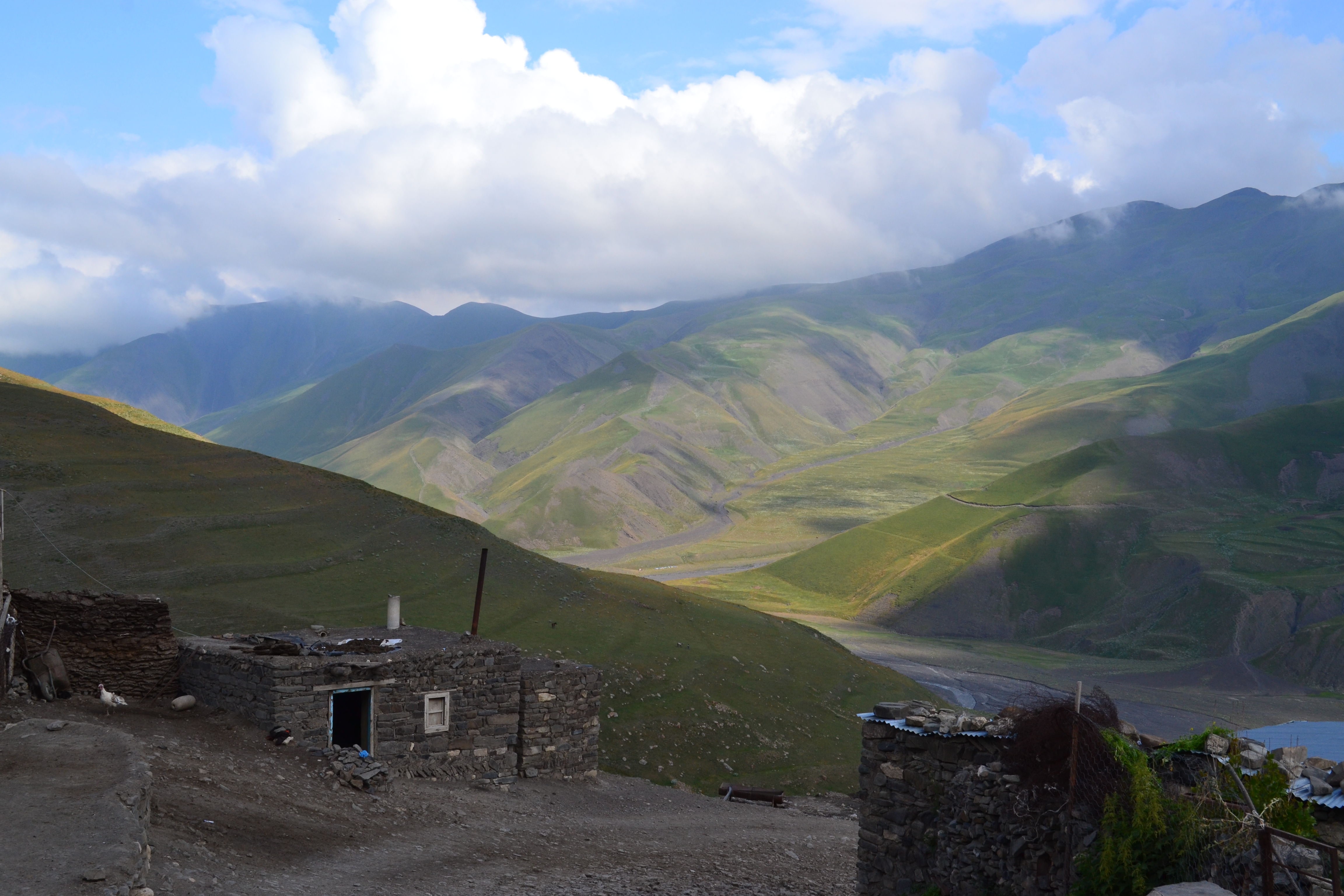 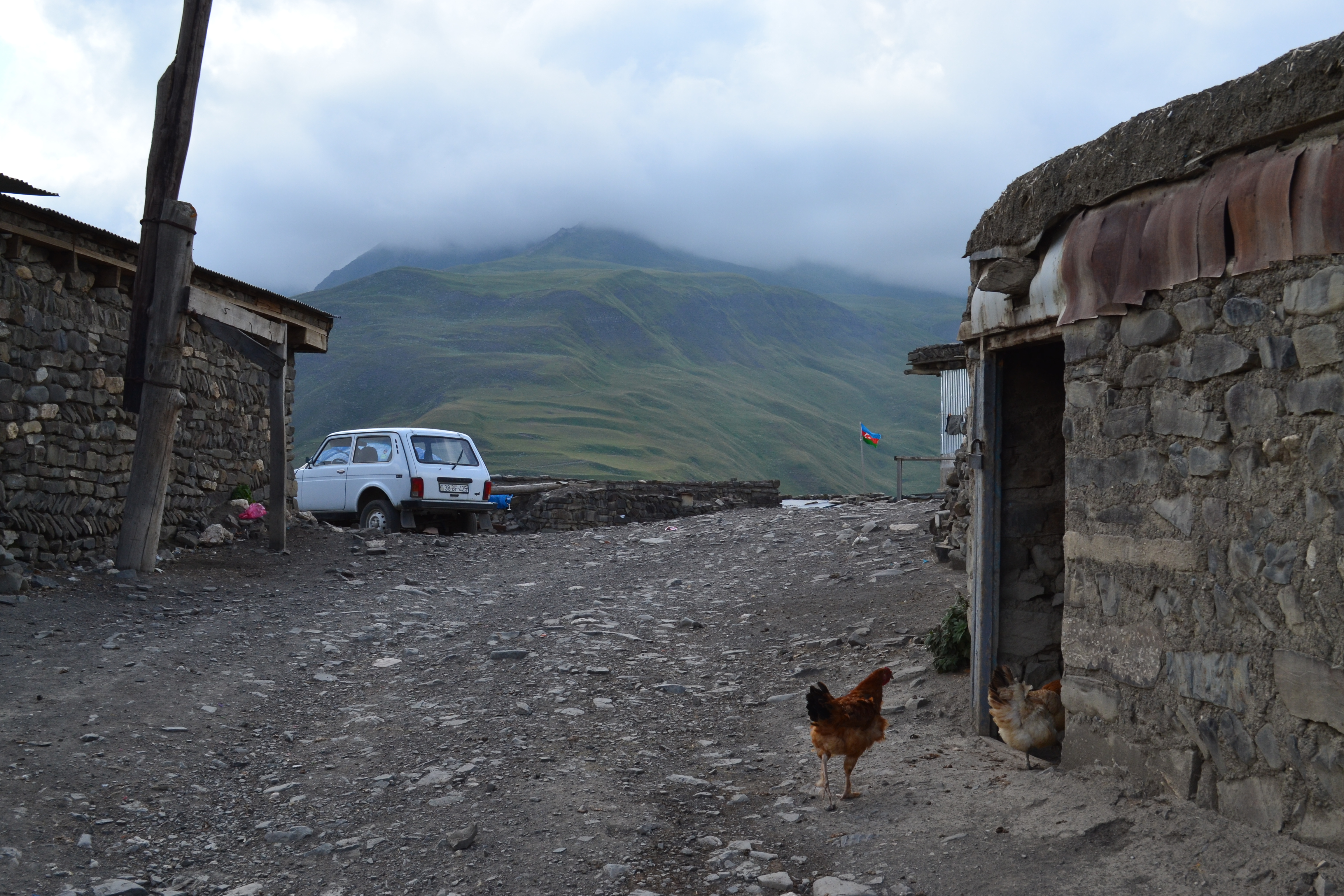 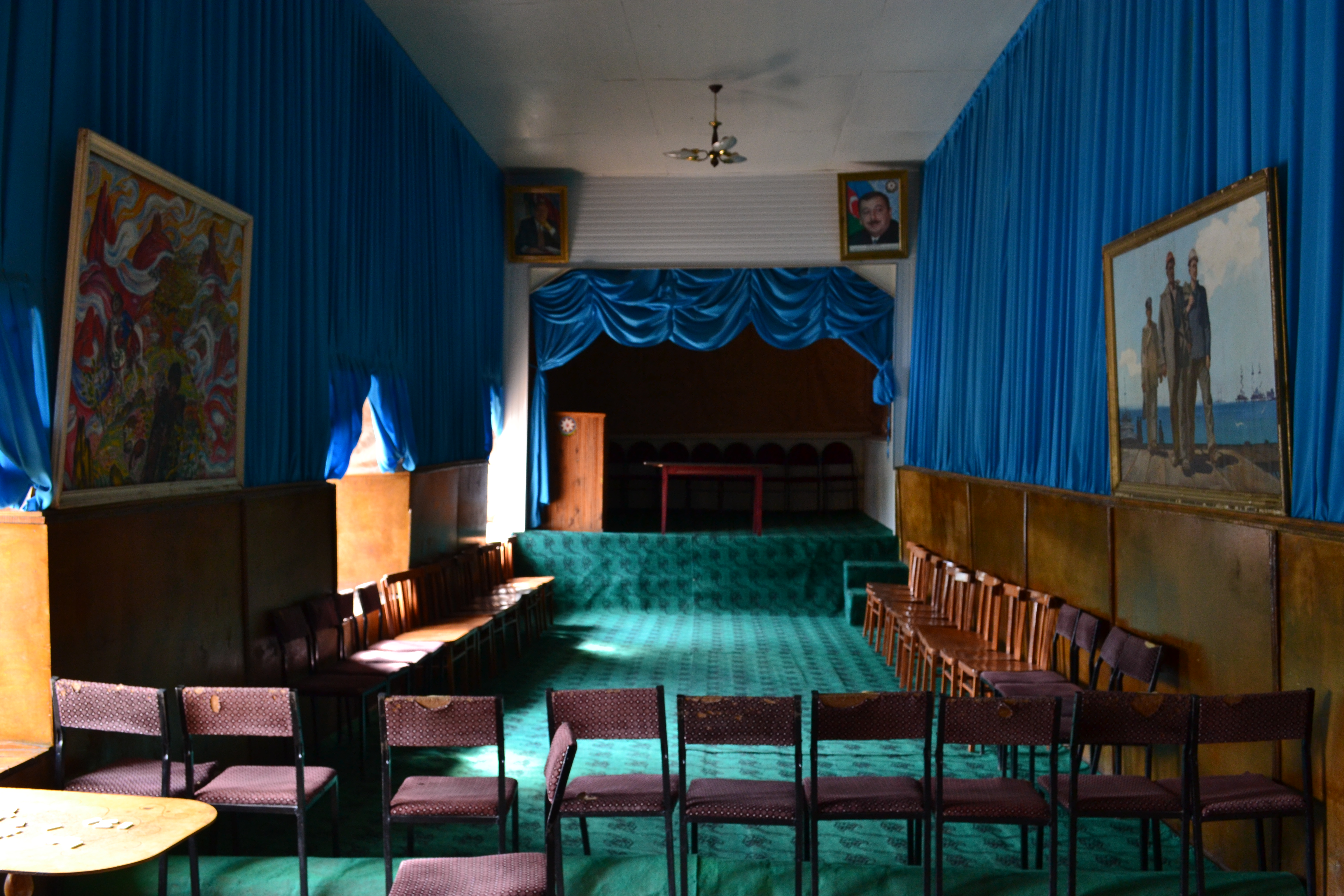 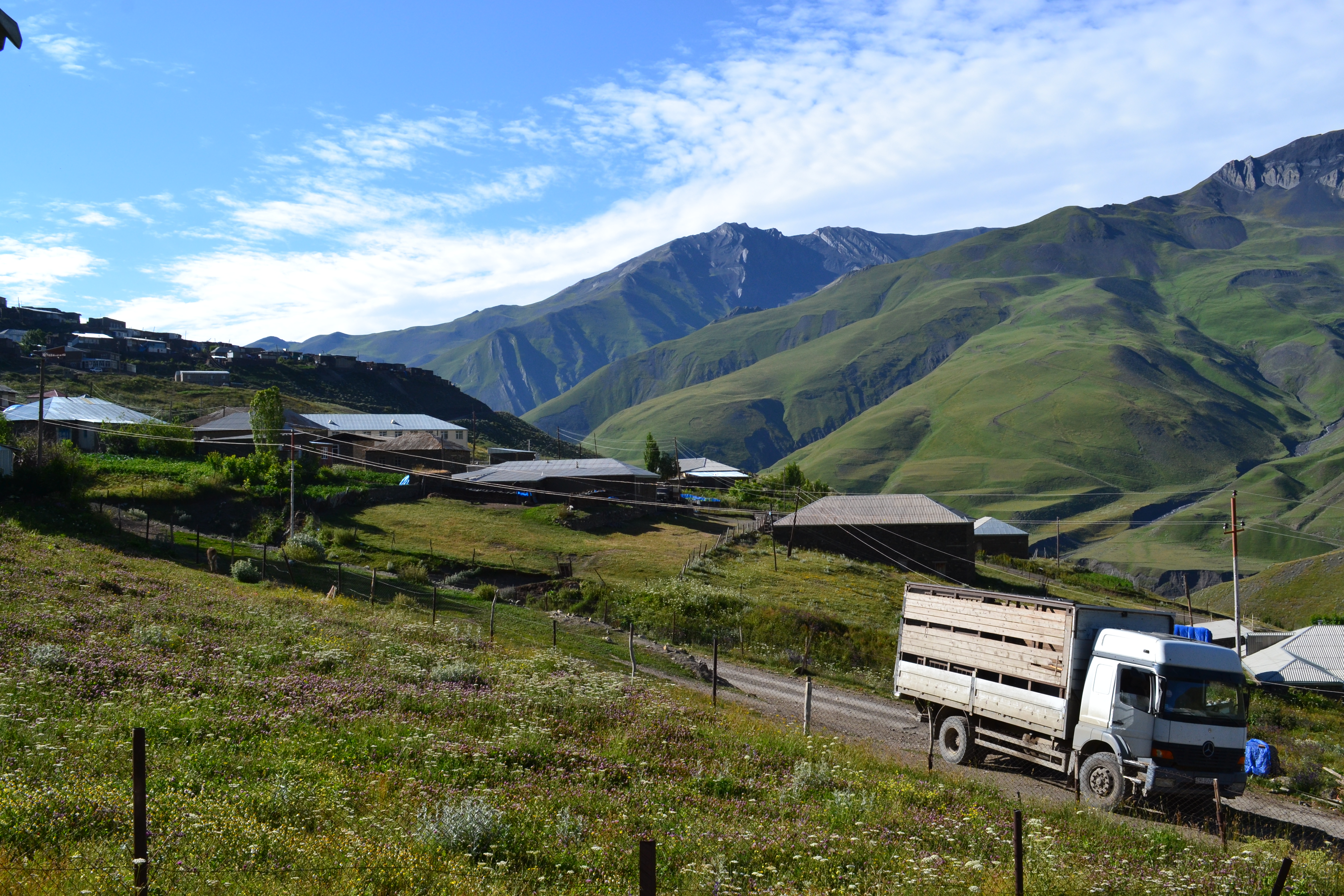 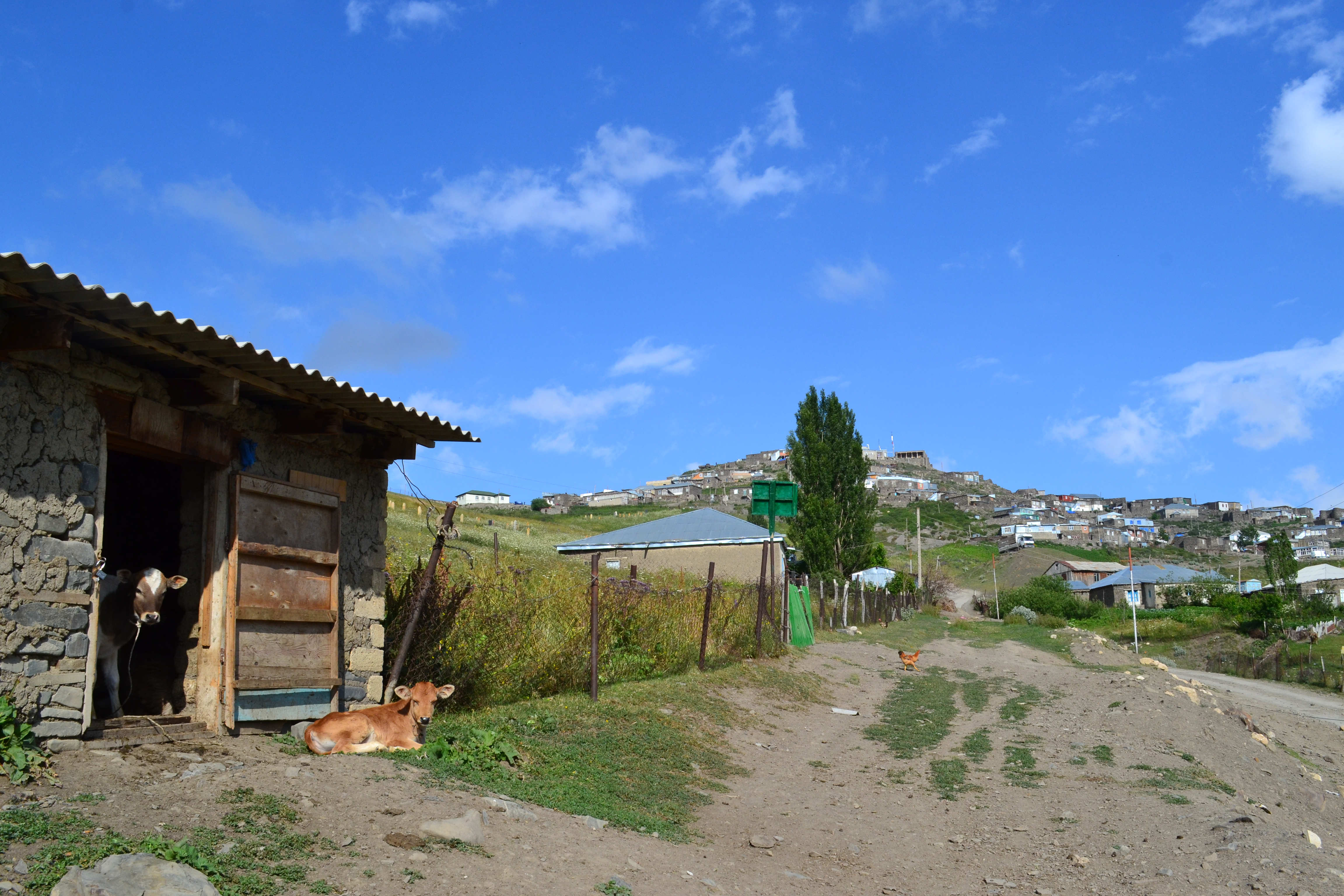 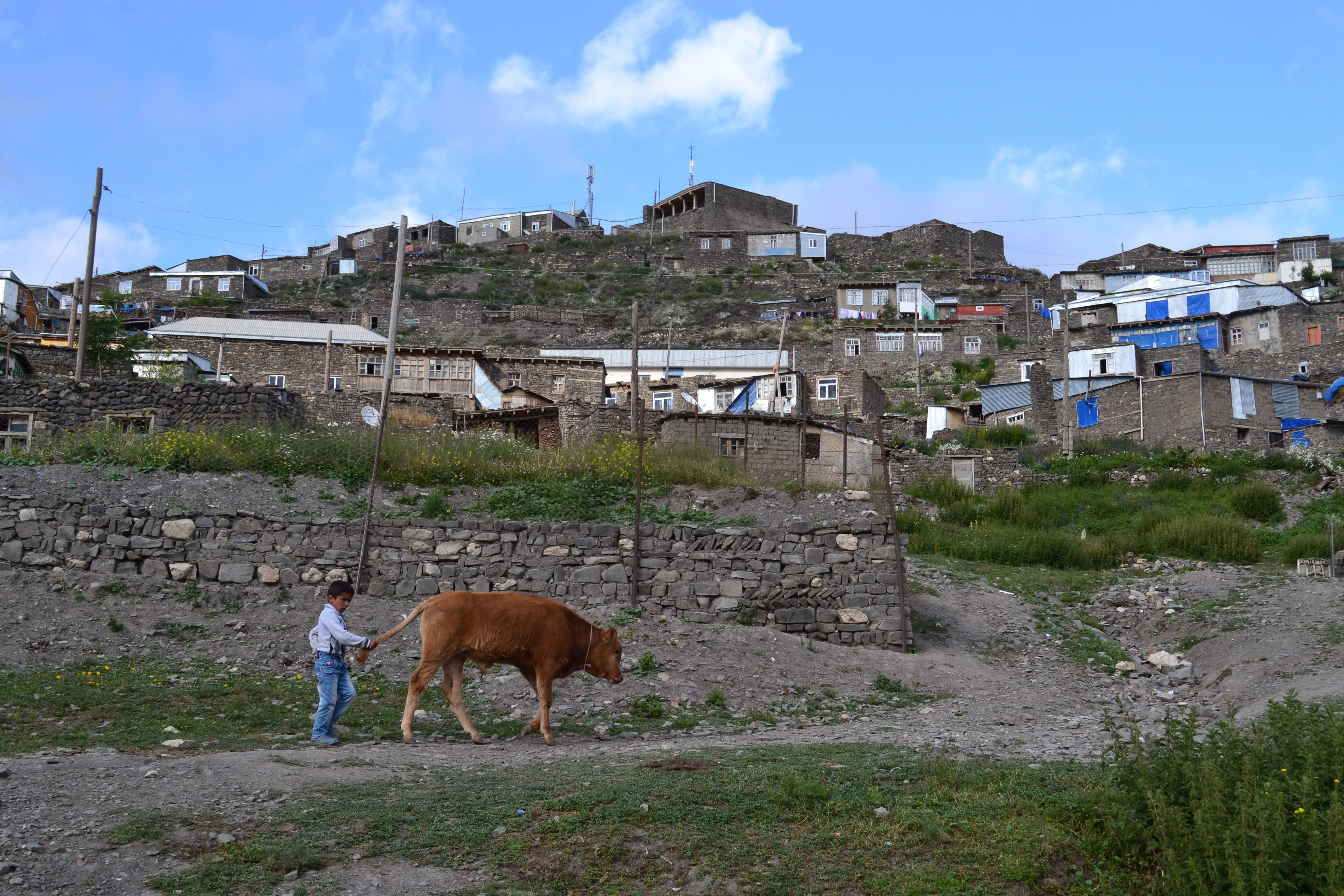 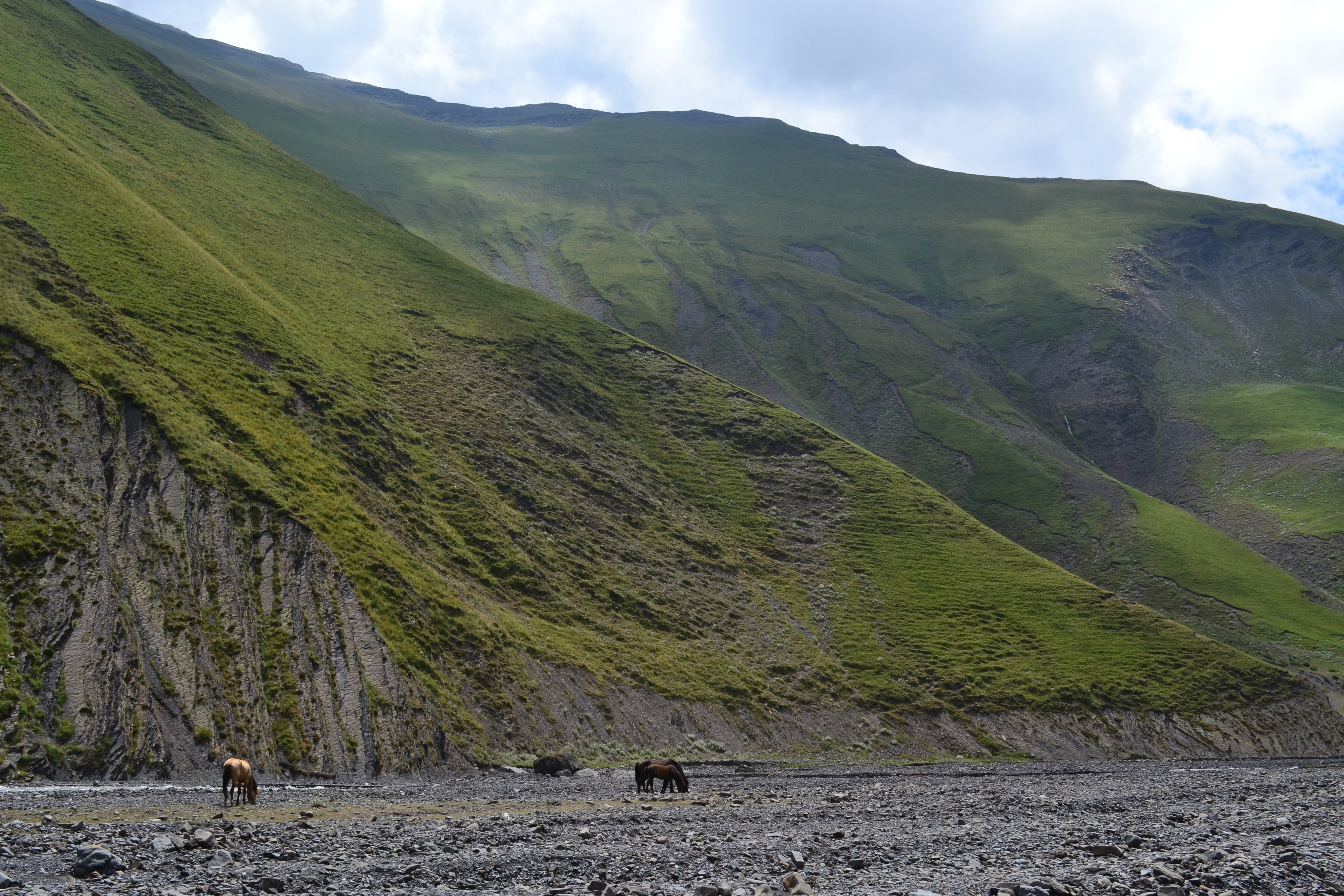 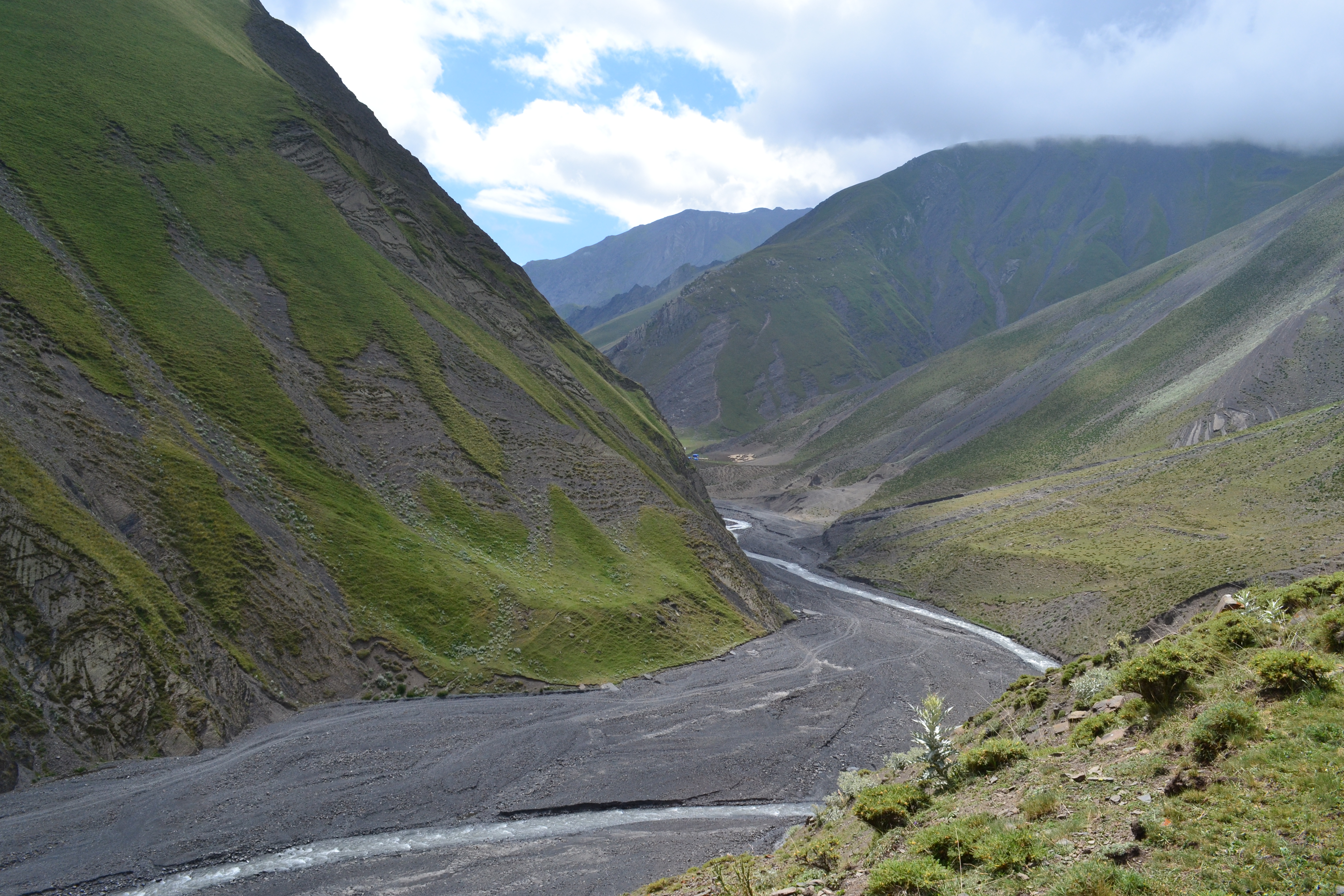 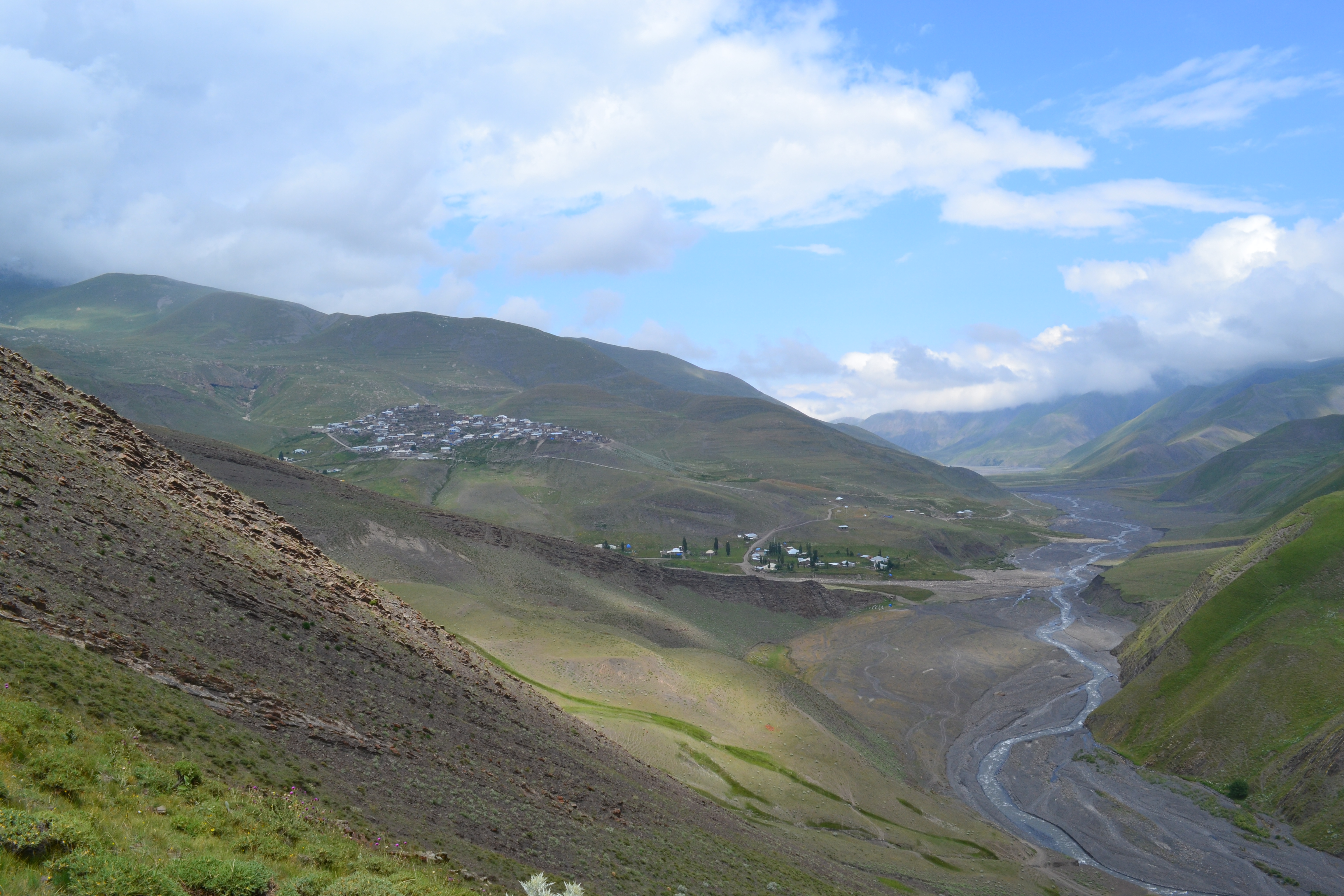 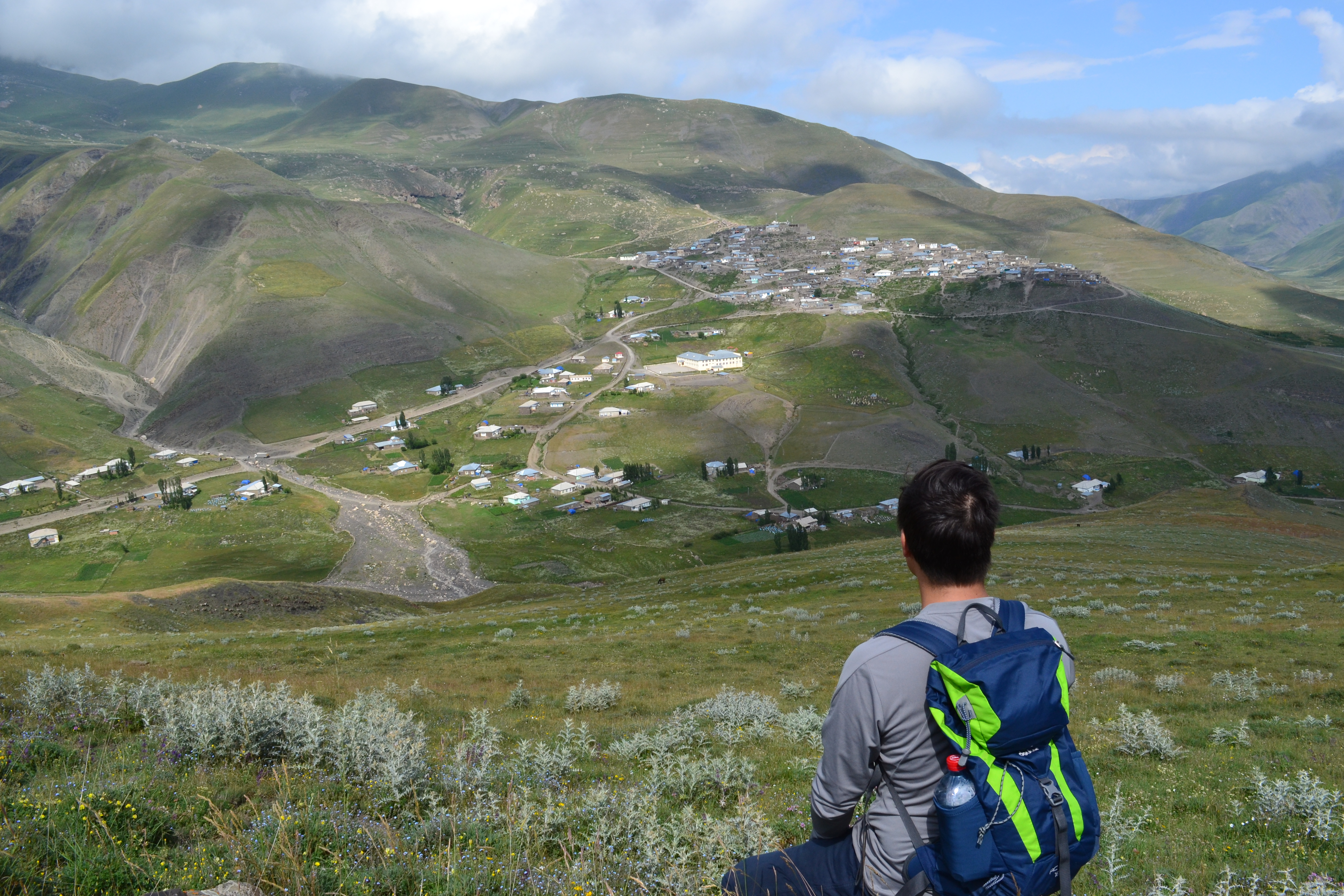