Minsk, the capital of Belarus, was the place I spent the most time during my five-day stay in the Eastern European nation. In this context, it must be said that ‘five-day stay’ is a little exaggerated. Although, since the beginning of this year, a 5-day visa for Belarus has been introduced, both the day of arrival and the day of departure are counted as one day each which means that one has effectively only three full days in Belarus which is a very short amount of time to visit a whole country.

However, it was important for me to see as much of Minsk and Belarus as possible in a short period of time since I had travelled all other Eastern European neighbouring countries of Belarus before wherefore I was curious about any differences that I might experience there. 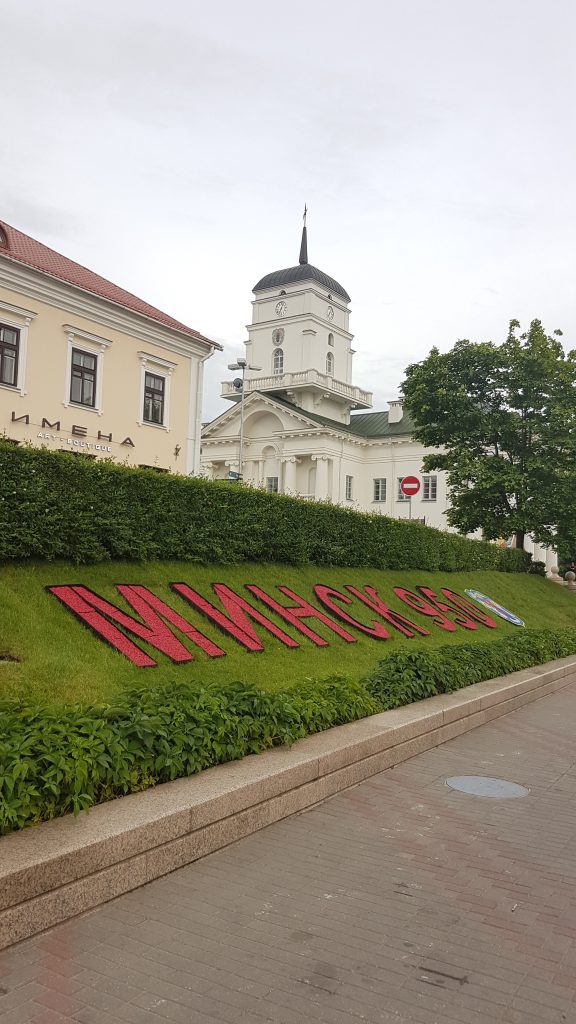 Let’s start with a brief historical overview: Minsk was first mentioned in the 11th century and has been part of numerous principalities in its history, including those of Kiev, Lithuania and Poland-Lithuania. In addition, the history of the city is closely linked to the Soviet Union and Russia while – to mention an interesting fact – the proportion of the Jewish population of Minsk increased to an amount of 80% at a certain point of history. 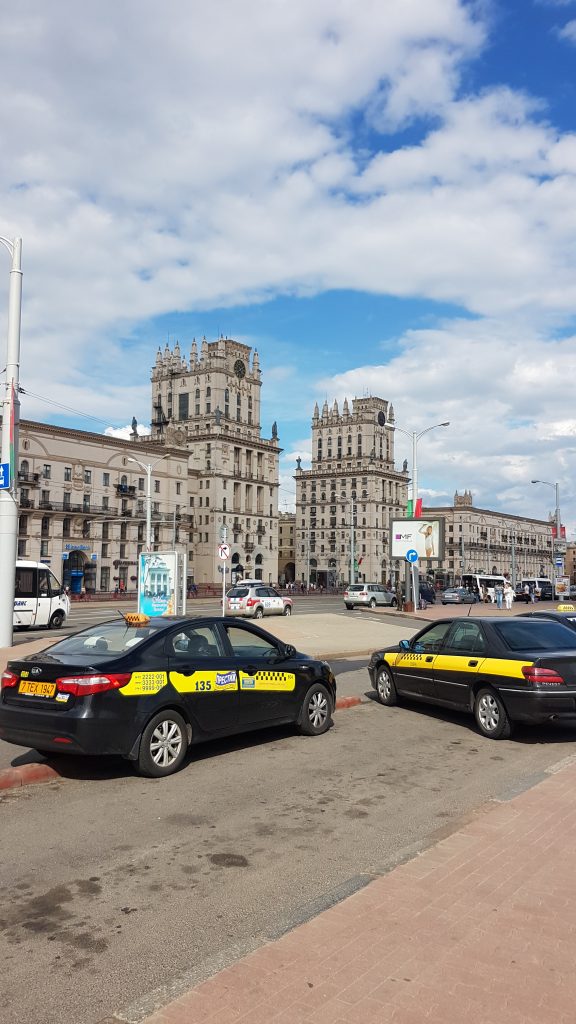 With regard to Minsk, I can generally draw the following conclusion: the city itself provides many parks and green spaces which are nicely integrated into the often Soviet-style architecture of Minsk. The latter does not mean that there are no modern skyscrapers and architectural diversity. In fact, many parts of the city seem very modern which I did not expect. I also liked the high proportion of water in the city which means that the local river, Svislach River, is well integrated into the cityscape which, in my opinion, always increases the quality of life in a city. Another obvious thing when walking around in Minsk is that Belarusians (or at least the government) seem to love their national colours green, red and white, which are displayed throughout the whole city, often as flags, small ribbons or other decorative elements on buildings, bridges and lanterns. 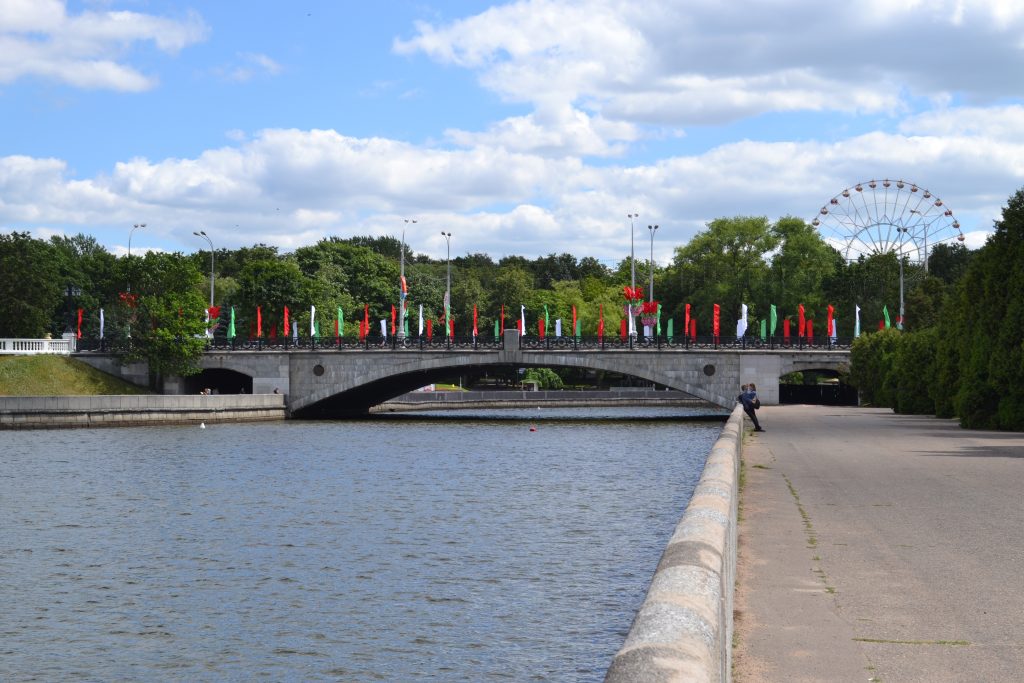 Interesting about Minsk was that this city as representative place for the whole country on the one hand is quite pro-Russian with many commemorative plaques and statues of important Soviet personalities while on the other hand a development seems to take place which includes the opening of third wave coffee bars, barber shops, craft beer brands, and vintage store which reminds one of the development of many Western cities. It all feels like the city is still trying to find its identity within Europe and the world, especially regarding the cleavage of tradition and modernity. 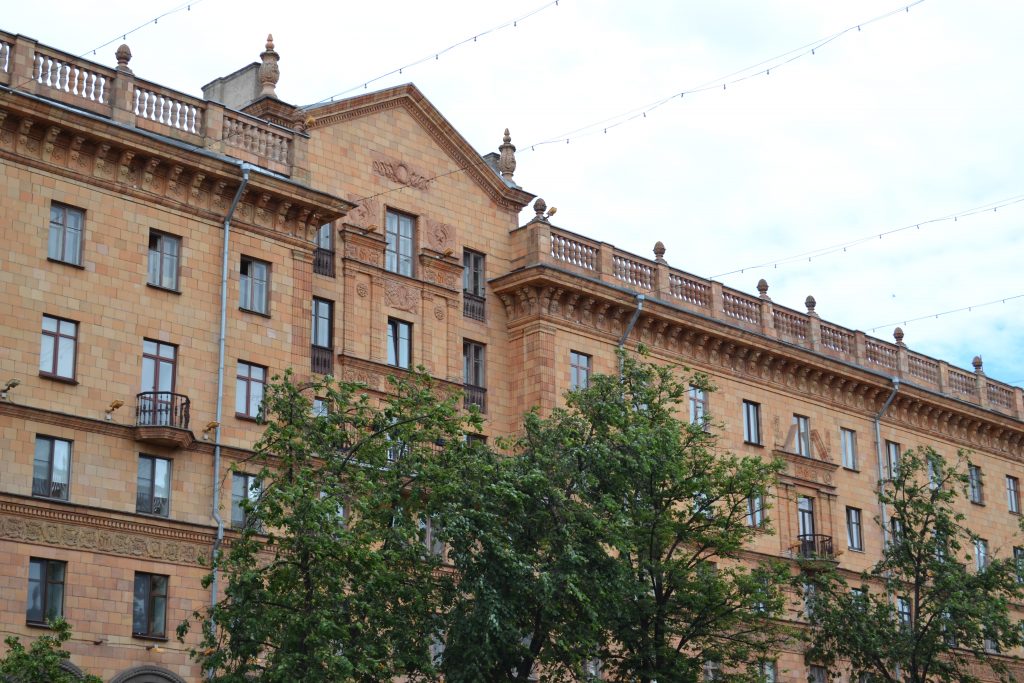 Same thing with tourism. While the country seems to start opening for tourism as the introduction of the 5-day visa shows, it’s still hard to find a hostel in Minsk in the style many Western backpackers are used to. However, that’s what I love about traveling exotic or less touristy countries. 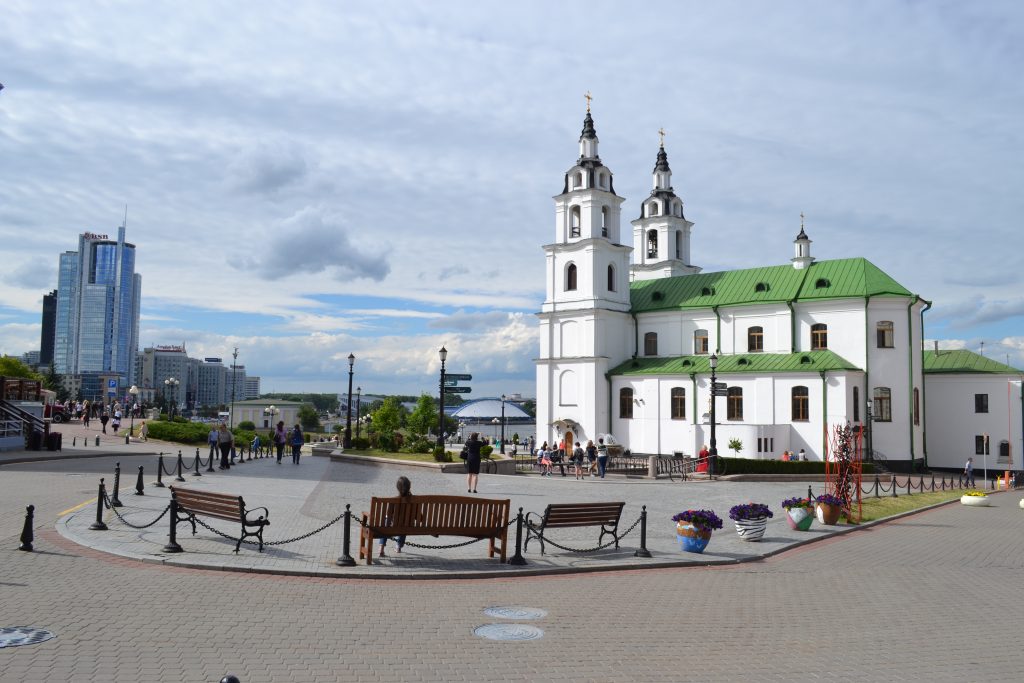 Let’s talk about sightseeing in Minsk. First of all, a good place to start your Minsk experience is the square surrounding Holy Spirit Cathedral. Not only is the cathedral worth visiting but also the whole square that seems to be a meeting place for both young and older people, especially in summer, and that provides a beautiful view of modern Minsk. There is also a free walking tour starting there every day which gives you the opportunity to get a good first overview of the city. 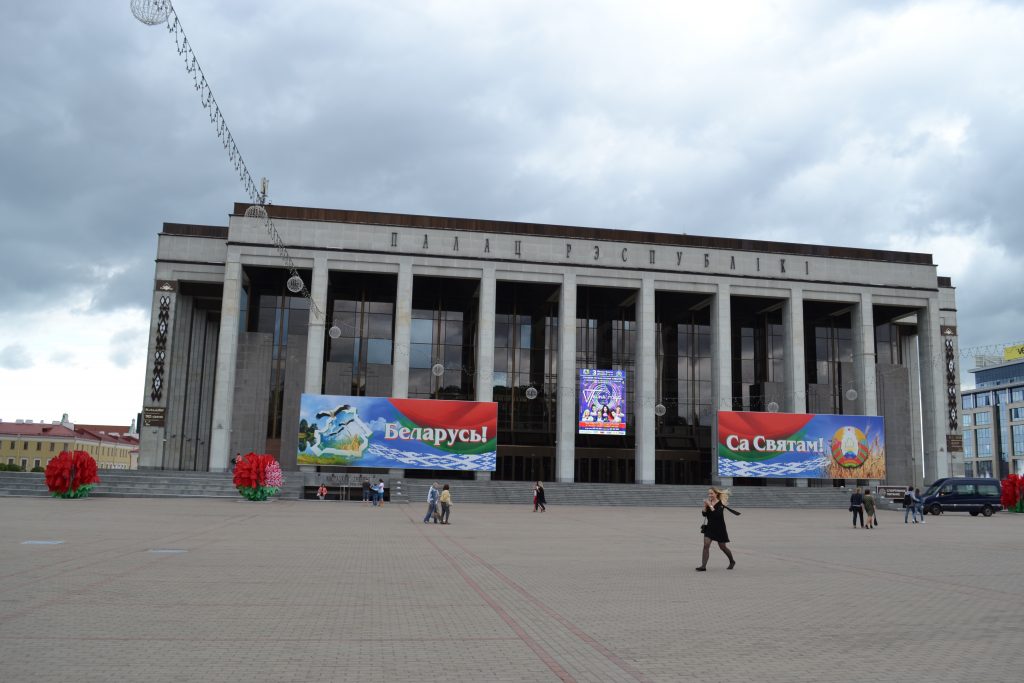 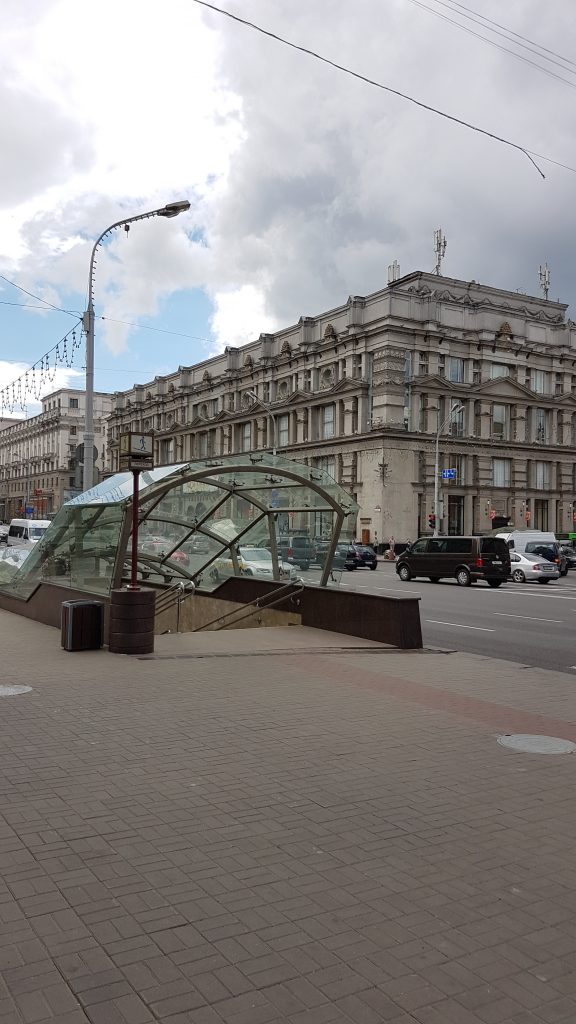 Another places to visit are Victory Square where an obelisk commemorates all soldiers who fell in the battles between Germany and the Soviet Union during World War II, and the National Opera of Belarus, an imposing building which again is assisted by the national colours. 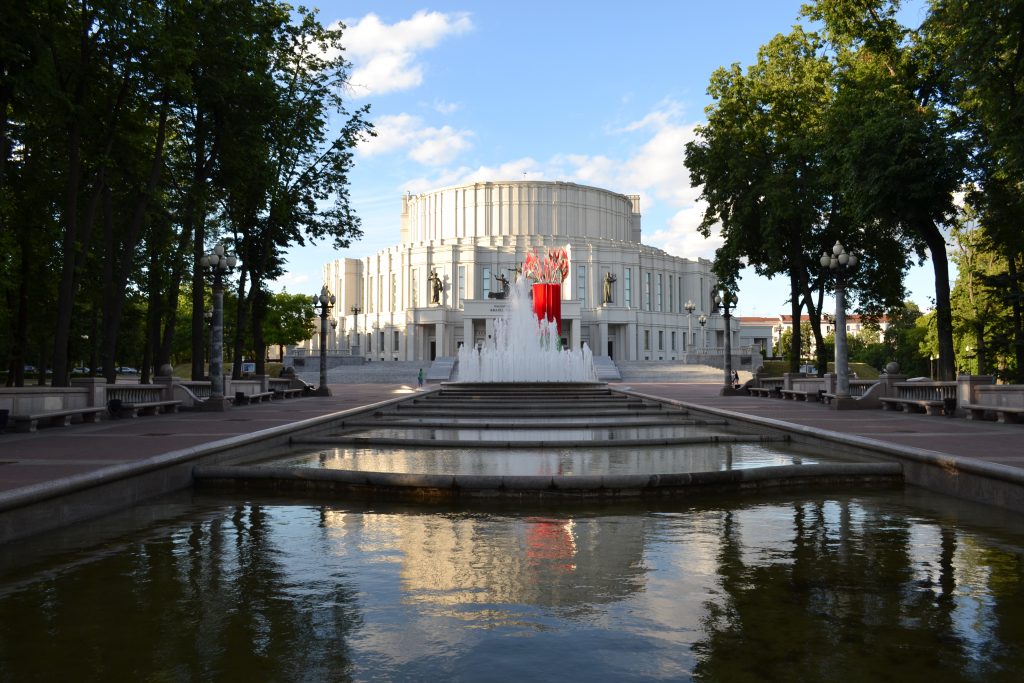 Also, I recommend you to visit the Island of Tears. This very emotional place reminds visitors of past wars and their victims, especially those Soviet soldiers from Belarus who fell during the war with Afghanistan in the 1980s. The Statue of the Crying Angel is very touching as I found. 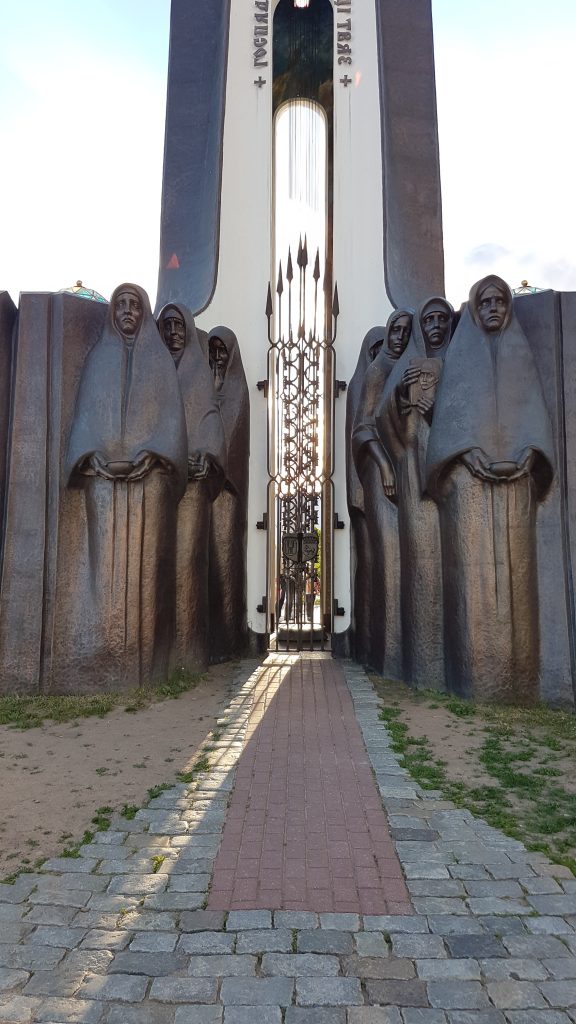 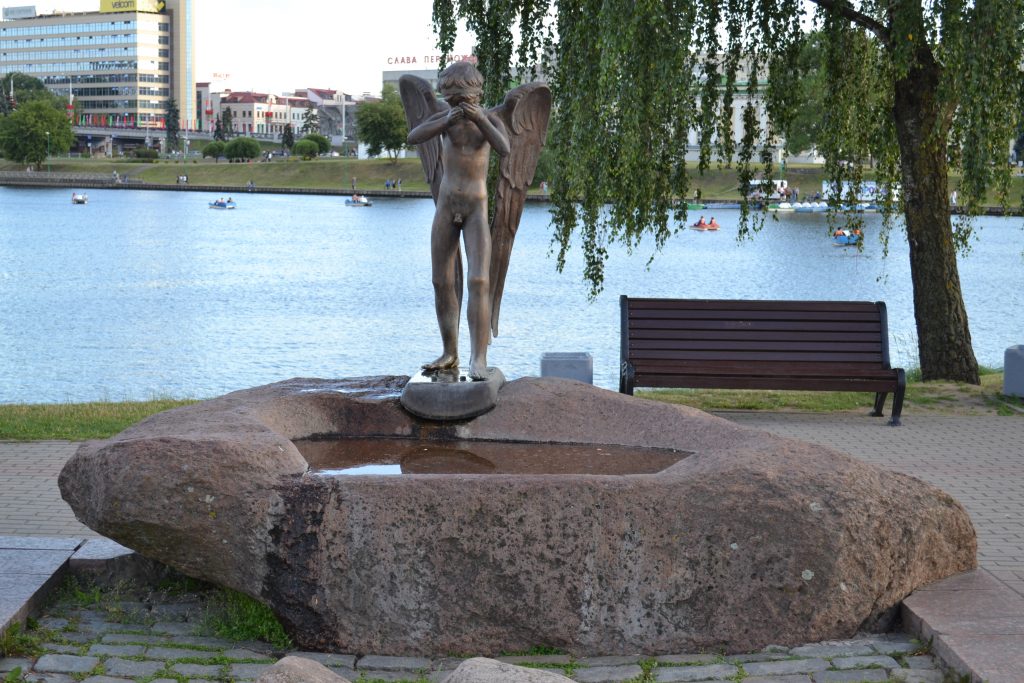 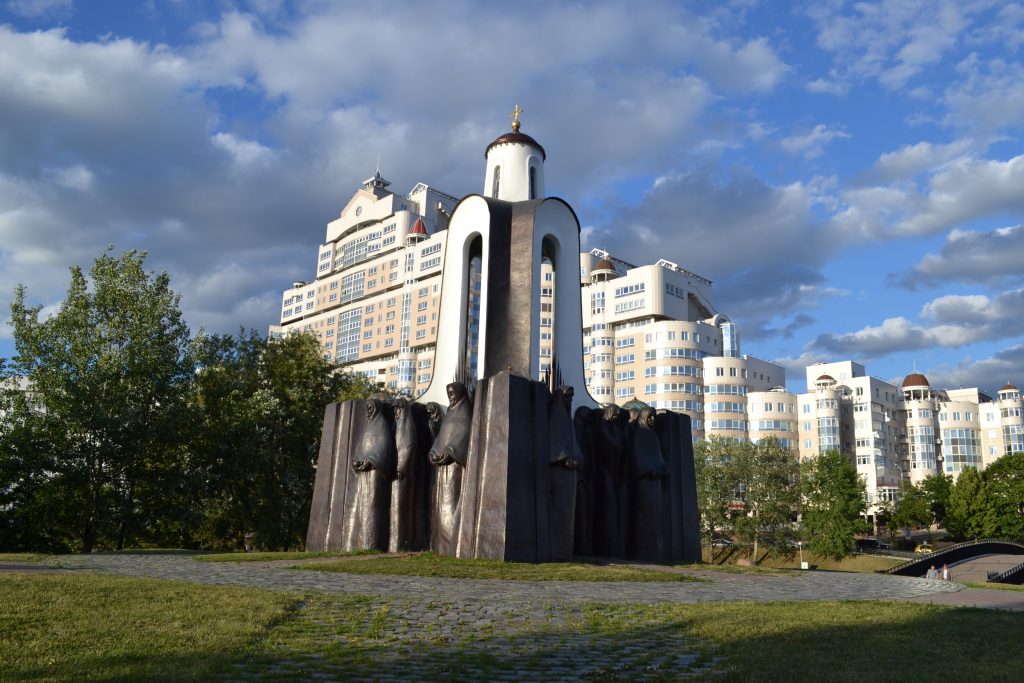 Independence Square in the city centre is also worth a visit with a collection of Soviet-style buildings and the Church of Saint Simon and Helena. 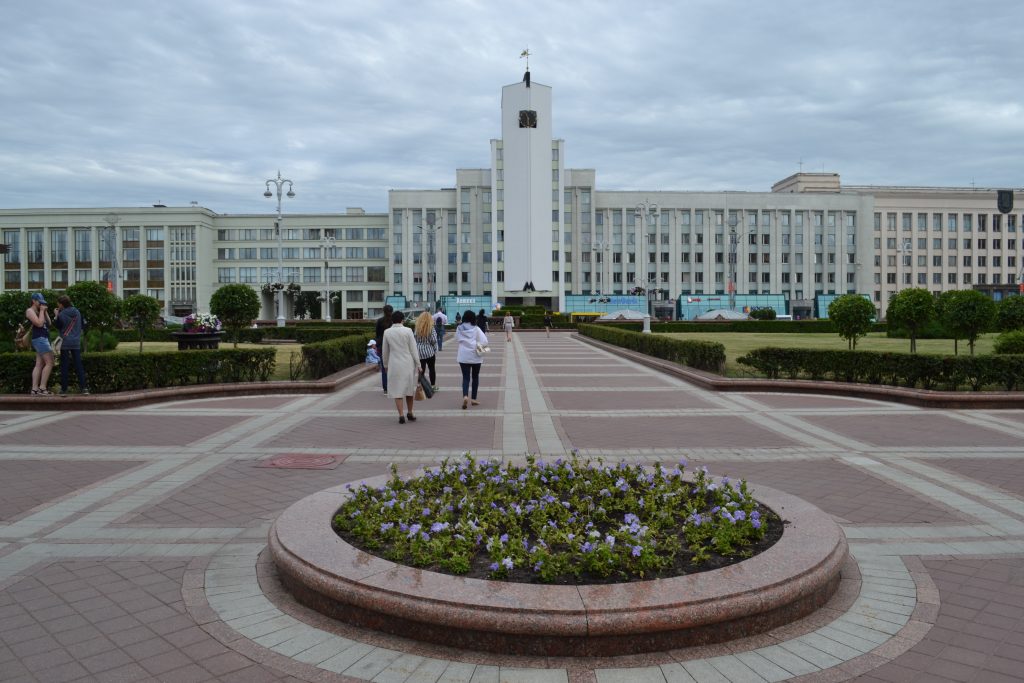 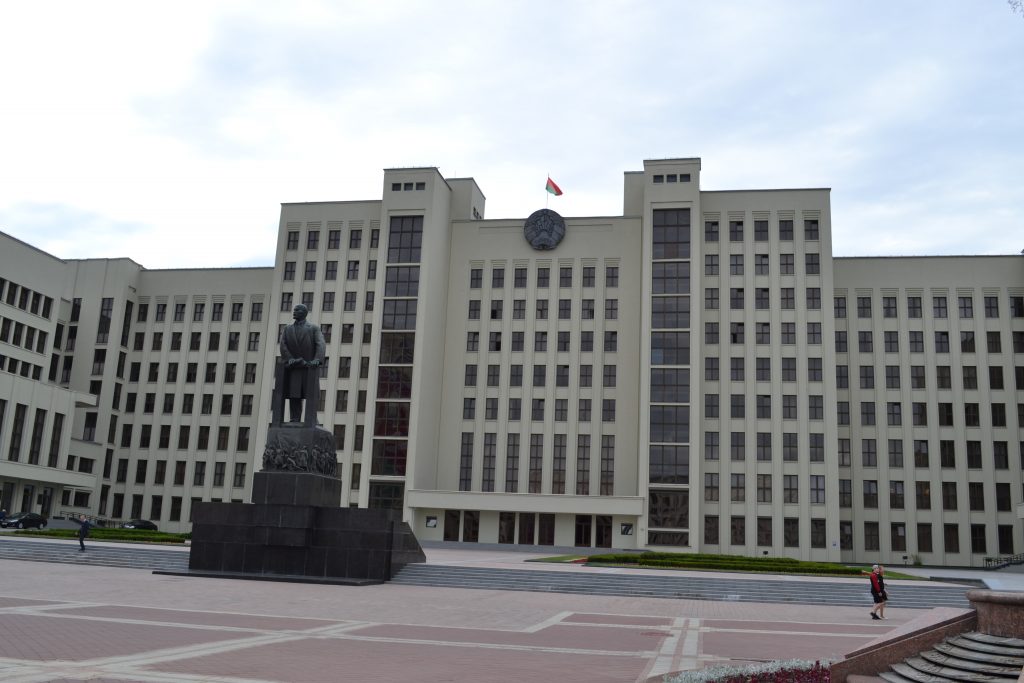 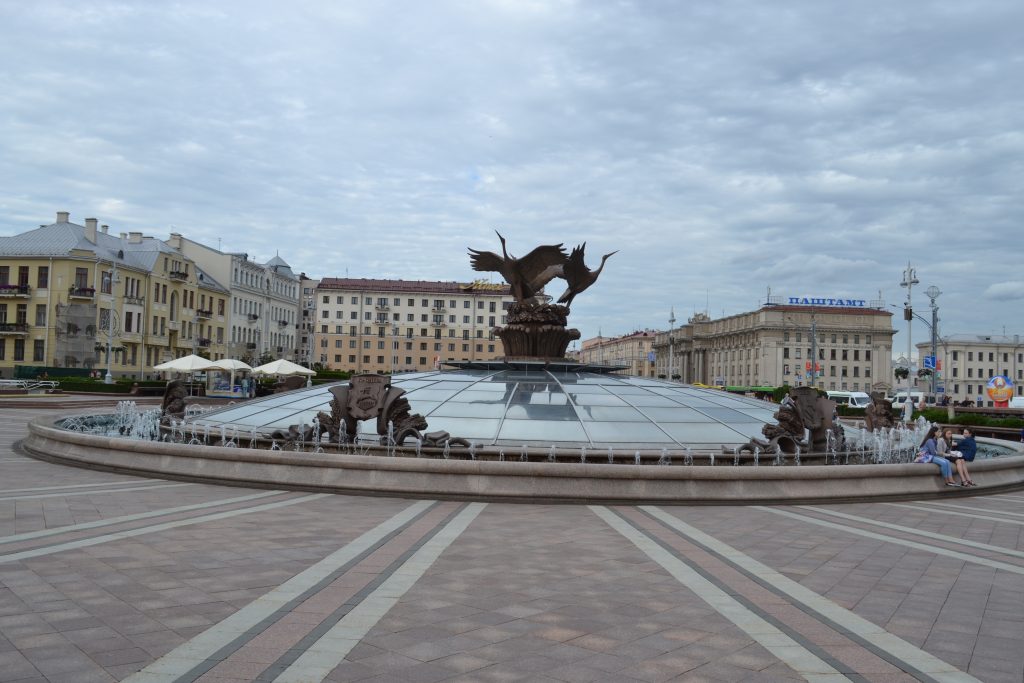 Another interesting sight is the National Library of Belarus which is located outside the city centre, which again allows you to ride and enjoy the local metro that offers a lot of ‘Soviet 8or at least Eastern European) charm’. The Library is located at the “Uschod” Metro Station. The building itself is particularly interesting because of its modern and unusual shape. Unfortunately, the library was closed on the day of my visit wherefore I could only enjoy its outer design which is also worth it if you are interested in architecture in general. Close to the library there are also classic Eastern European prefab buildings with huge paintings on its walls as an ideal contrast to the modern library. 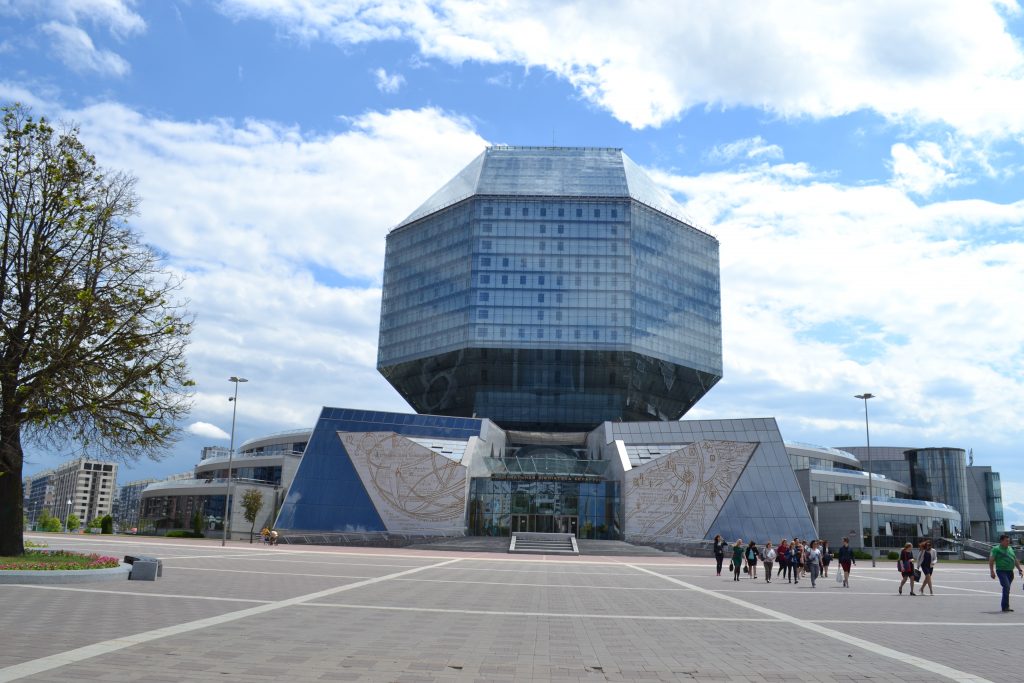 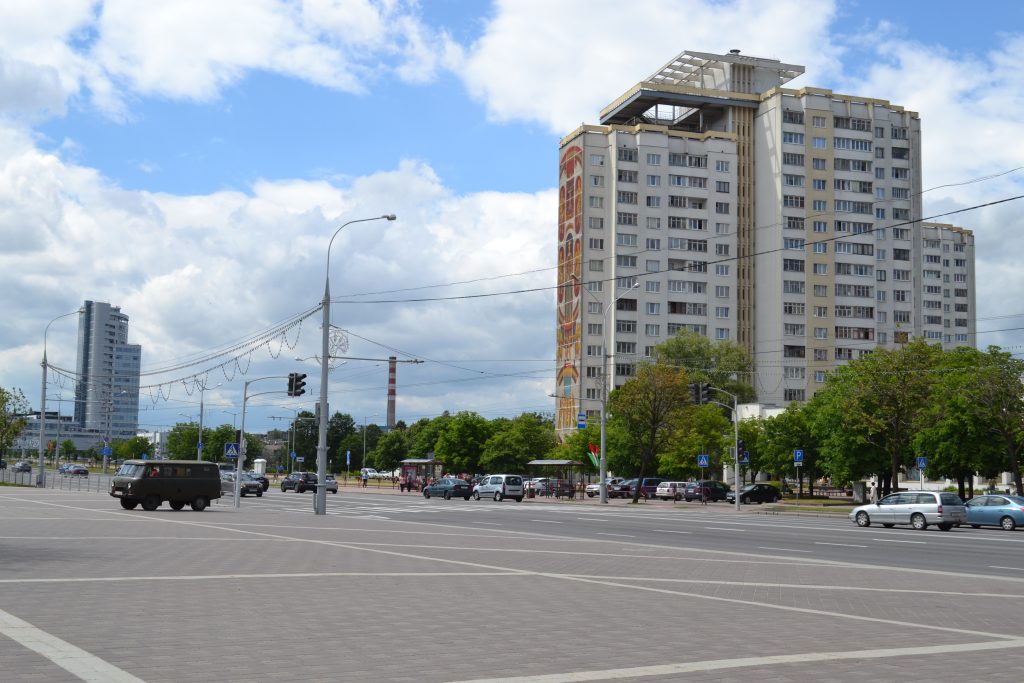 Another interesting thing in Minsk is a building where Lee Harvey Oswald used to live in the 1960s. There is nothing special about the building but only knowing that he was living there was fascinating. Further famous people with a direct connection to Minsk or Belarus include Marc Chagall and Shimon Peres. 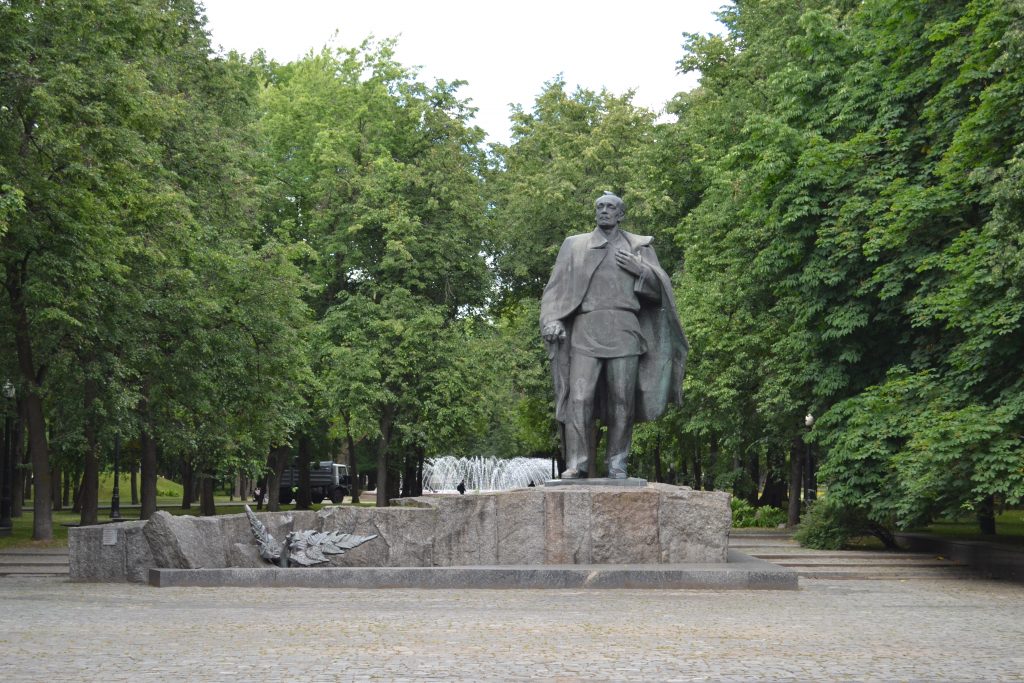 From all the parks I mentioned, I especially liked Yanka Kupala Park which is located directly next to Svislach River. In addition, many cafés invite you to have a break while exploring the city, including Manufactura, Stories and, my favorite, Zerno. A great guide regarding coffee in Minsk can be found here. 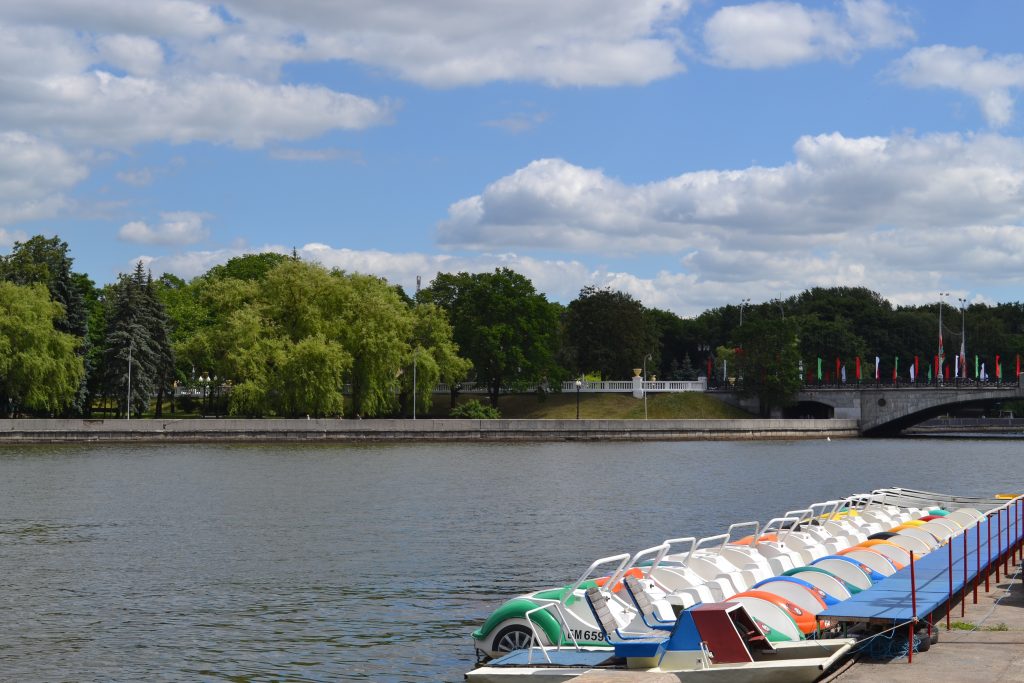 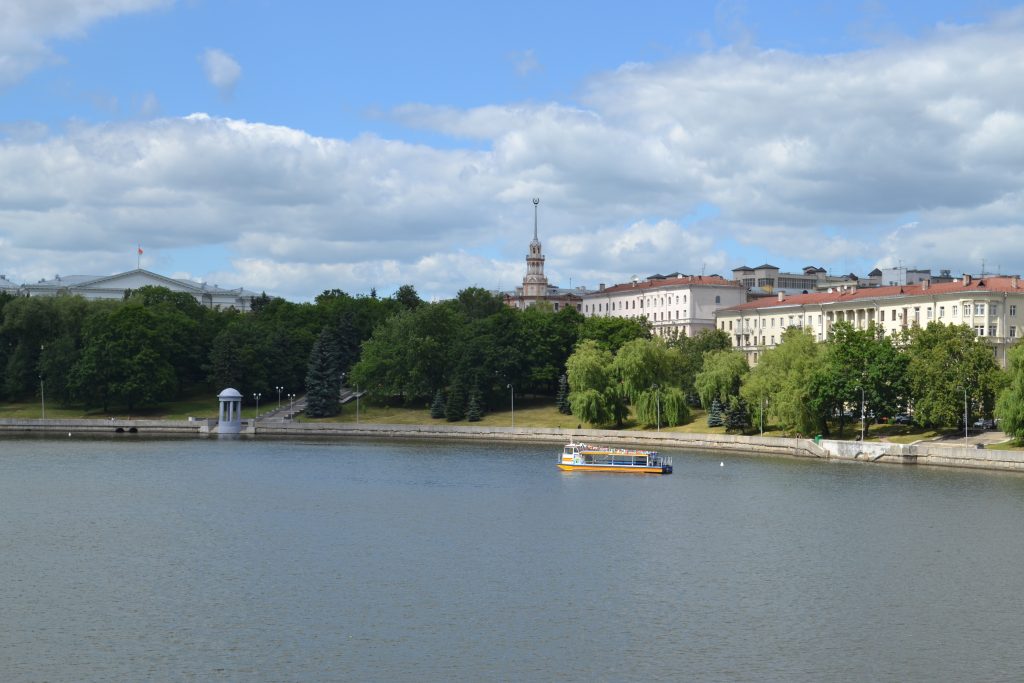 Last but not least, I highly recommend you to visit the large market hall and especially the farmer’s market behind the market hall, both being sights off the beaten track. These places provide a great way to get in touch with locals and to get a real impression of the Belarusian lifestyle, being 100% authentic. 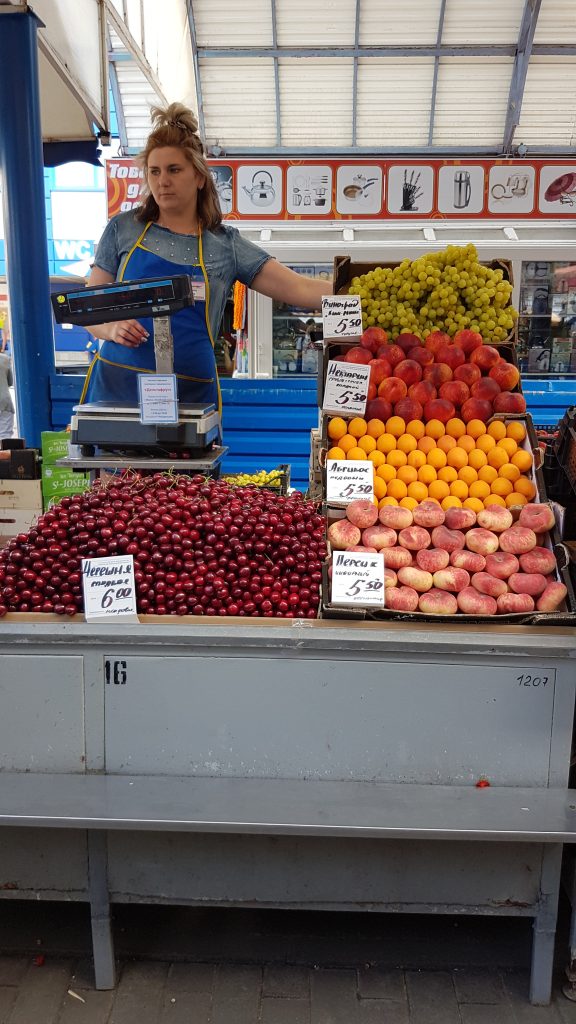 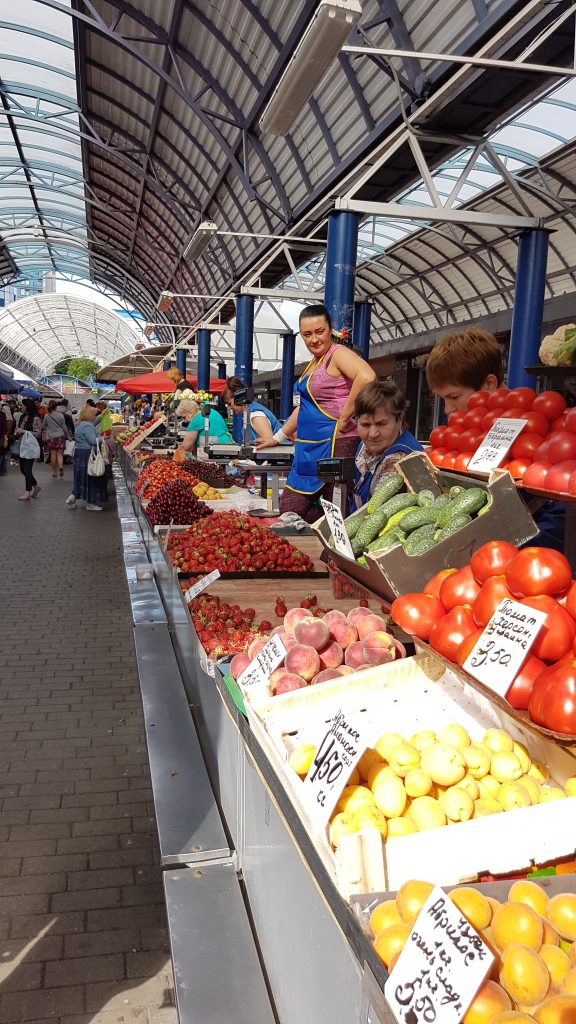 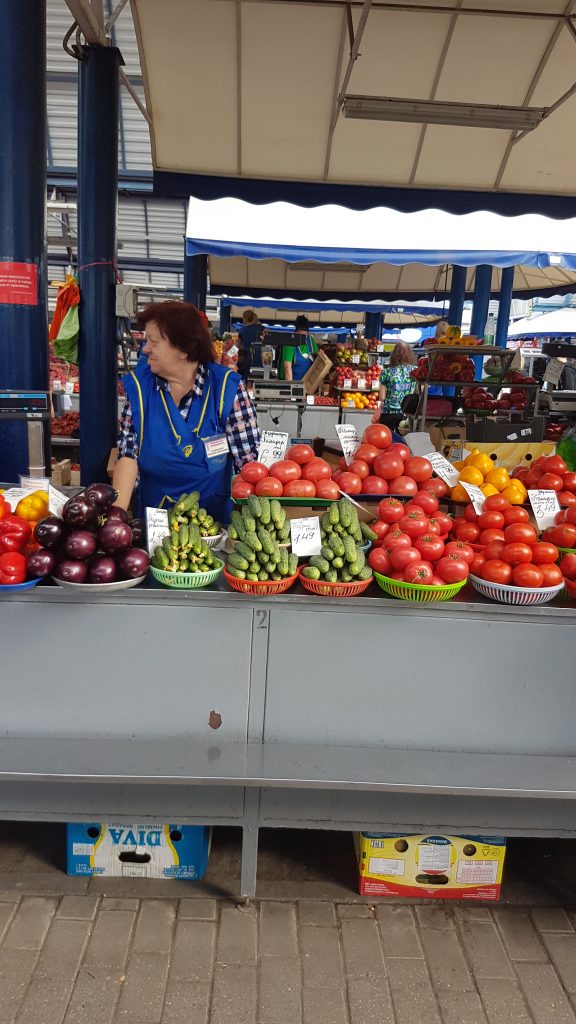 If you feel like having a day trip after a couple days in Minsk, I recommend you to visit the Nesvizh Castle. Indeed, Western Europe offers a great variety of beautiful castles but Nesvizh Castle also provides beautiful architecture and some interesting cultural insights. Although it was raining during my visit, I liked the castle which is also a UNESCO World Heritage Site a lot. 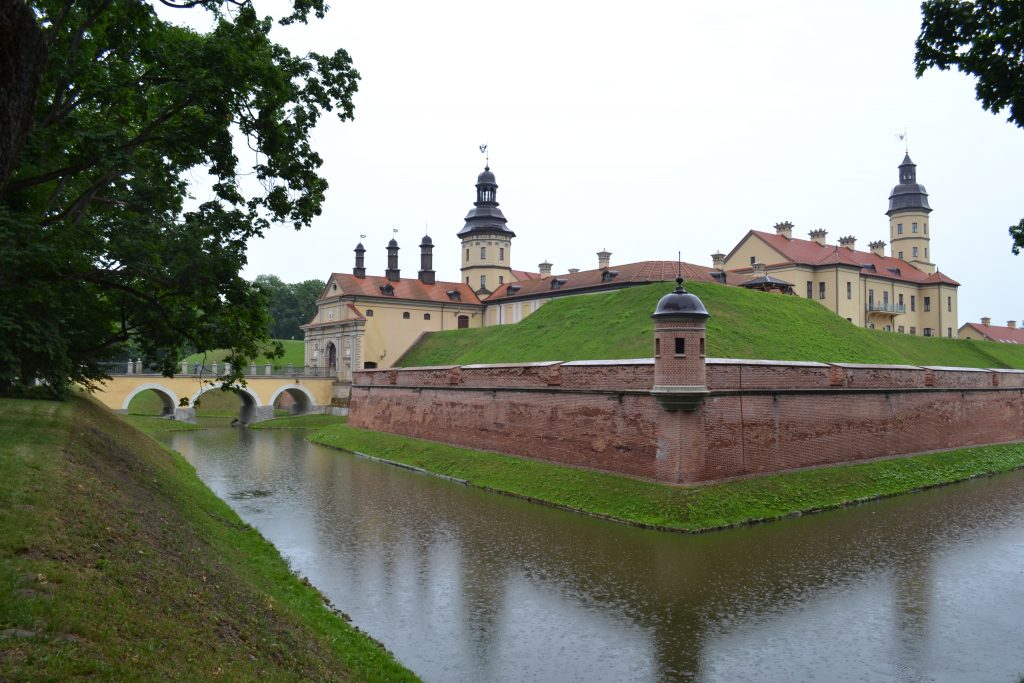 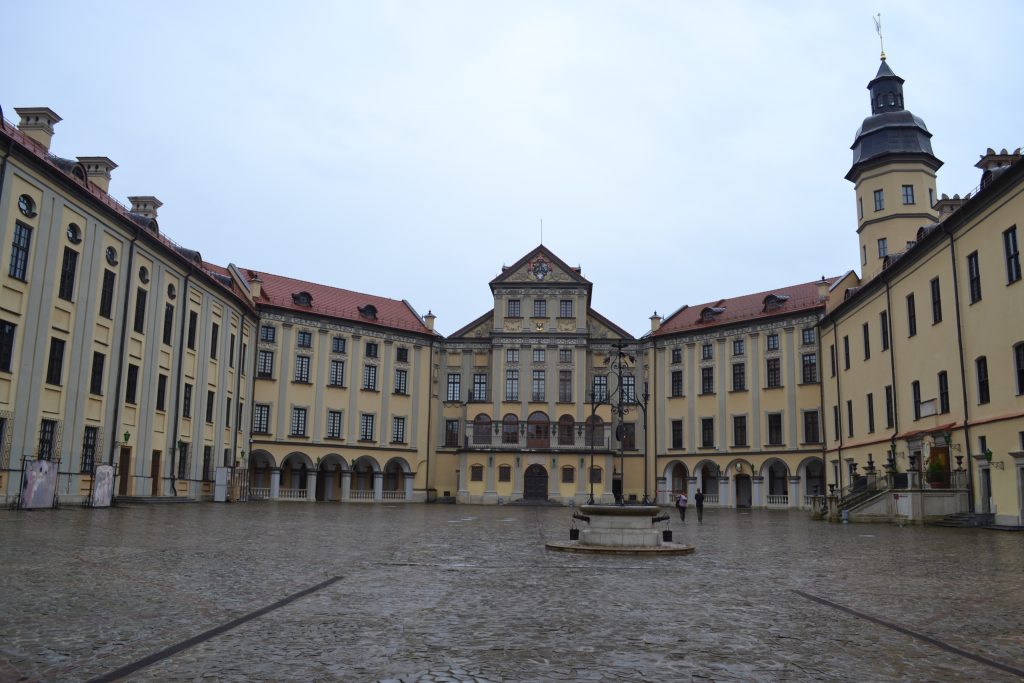 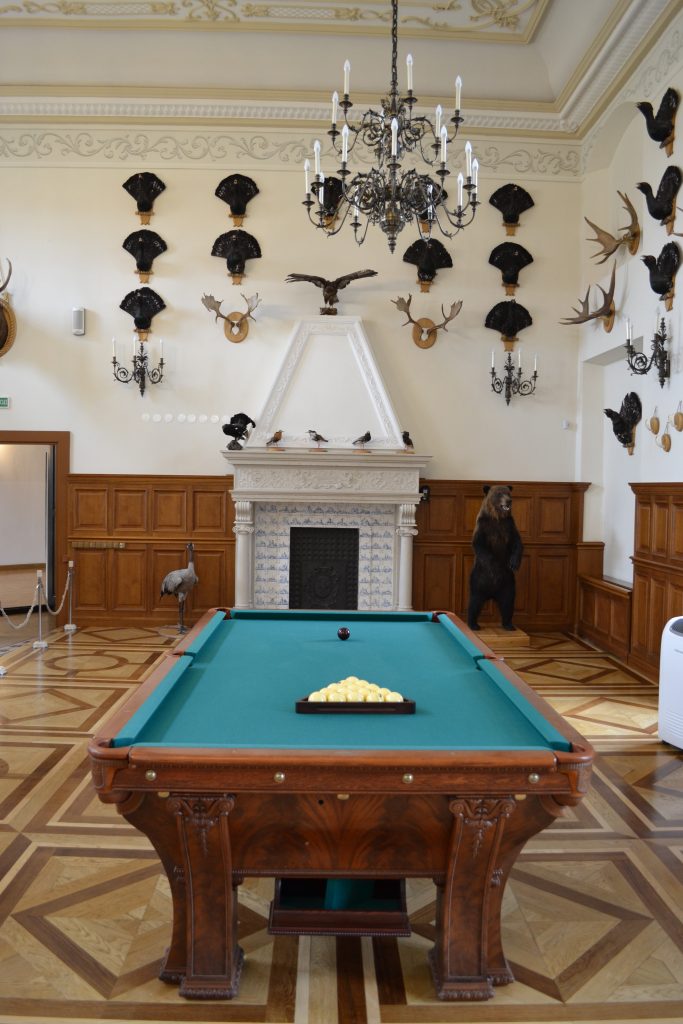 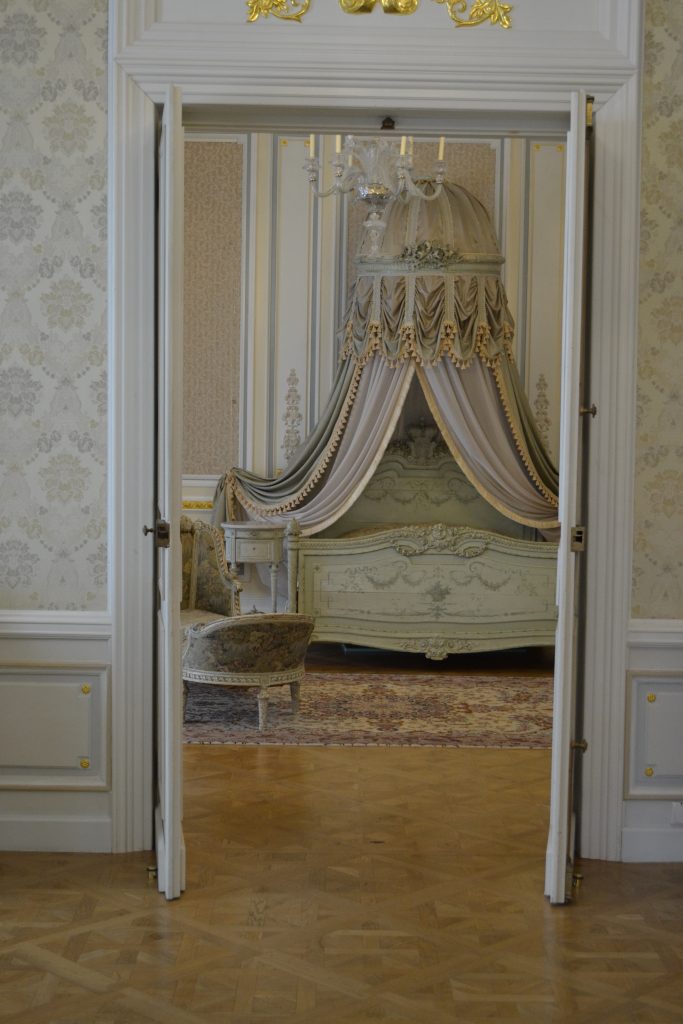 Overall, Minsk offers a lot of places of interest even if they can be completely visited on a single or a maximum of two days. Although I prefer other capitals in the region, especially Kiev or Chisinau, Minsk is an interesting city, perhaps because it is trying to rearrange its own identity at the moment which makes it exciting to follow this development.