The capital of Armenia, Yerevan, offers a wide range of interesting historical and modern sights. Many of them can be found within the very centre of the city which means that they are perfectly located for a walking tour. In between, you can stop at the numerous cafes and bars, many of them offering an open-air space that especially locals enjoy a lot in summer times. Furthermore, Yerevan has many water fountains with drinkable water which is perfect for a walking tour to refill your bottle. 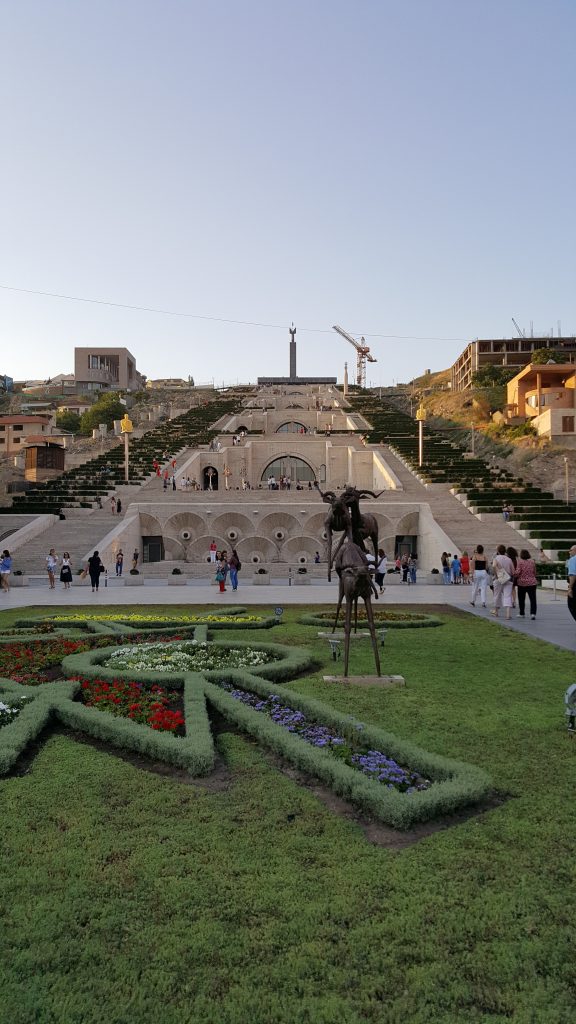 First stop for most of Yerevan’s visitors is the Cascade which is basically a giant stone stairway, combined with sculptures and fountains and with an art centre underneath the construction. Hint: Of course, you can use the massive stairway outside. However, there are escalators inside the building (left side if you stand in front of the Cascade, looking at the stairway) which are running from 8 to 8 and which are for free. 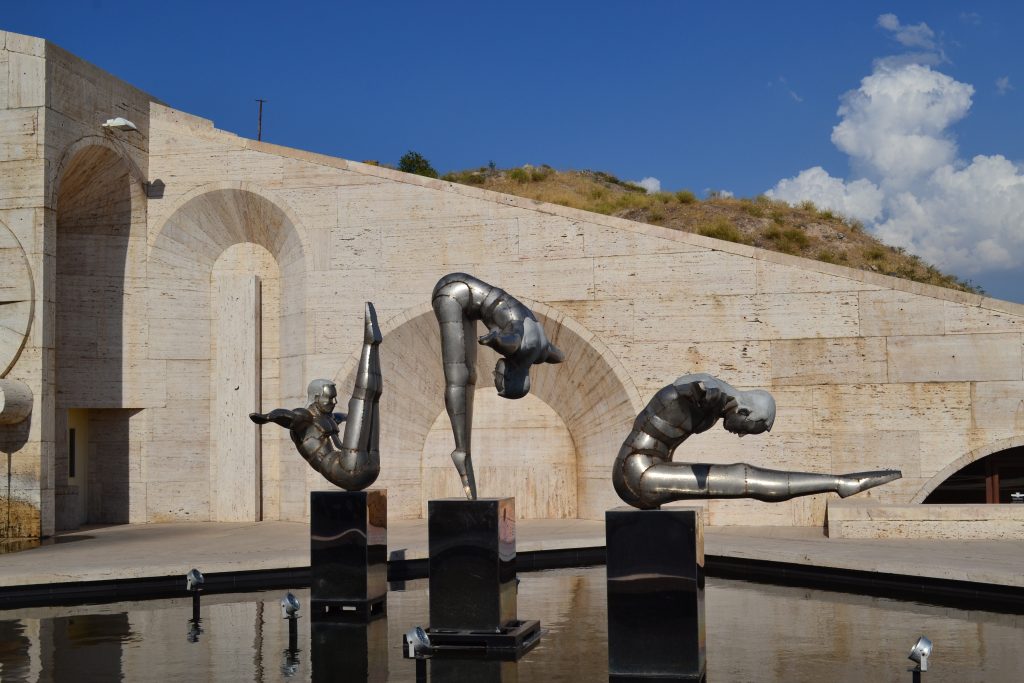 On top of the Cascade, you will have a beautiful view of Yerevan. On a clear day, you can even see Mount Ararat which is the main national symbol although, due to historical reasons, it is nowadays located on Turkish territory. 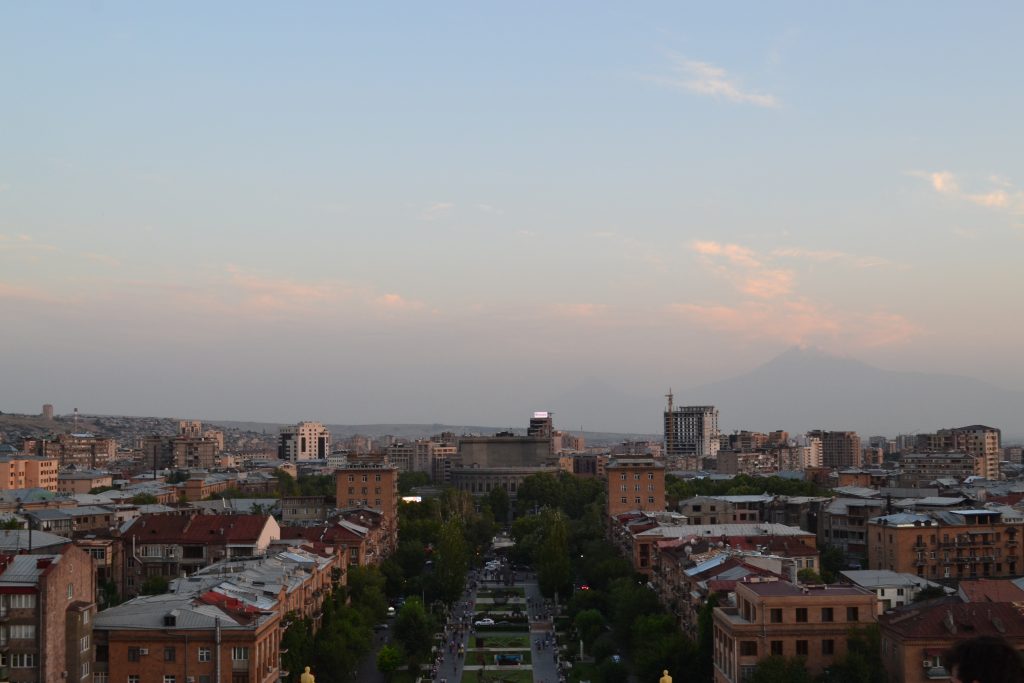 In front of the Cascade, a nice square which many artworks and sculptures can be found with numerous restaurants, cafes, and bars on both sides of which I recommend Wine Republic (delicious mussels) and Green Bean (try the Spaghetti Carbonara). 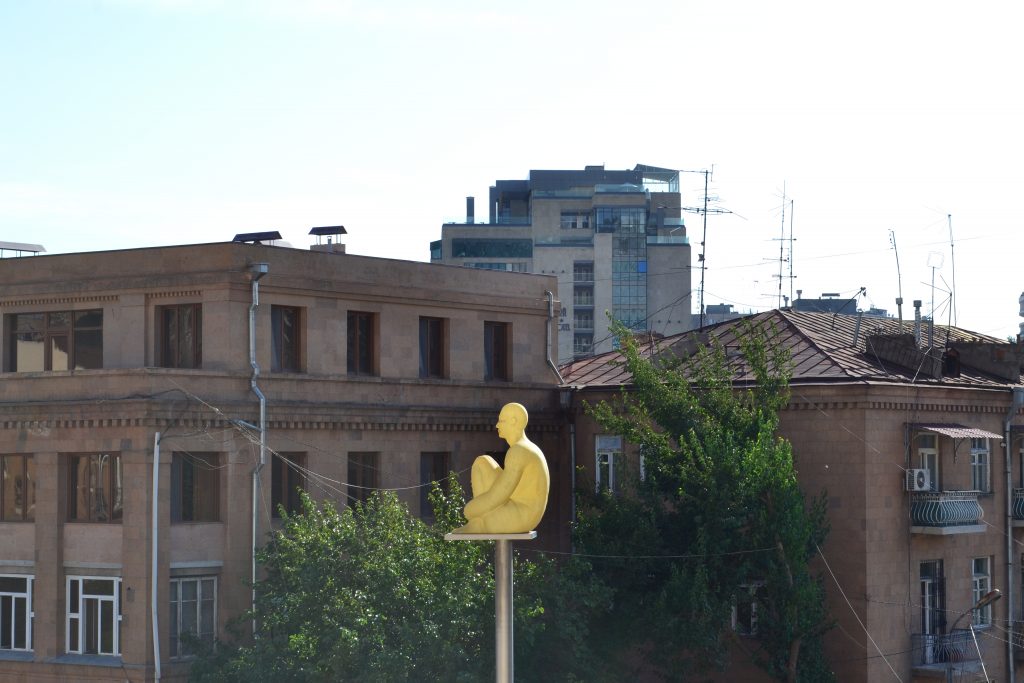 From the Cacade, you can continue walking to the direction of the National Theatre. On your way, you will pass many of the mentioned open-air cafes which provide a nice way to see how Armenians enjoy their free time. On the opposite of the National Theatre, you can find so called Swan Lake which is a popular venue for mostly younger people. On some days in summer, movies are shown there on a big screen. 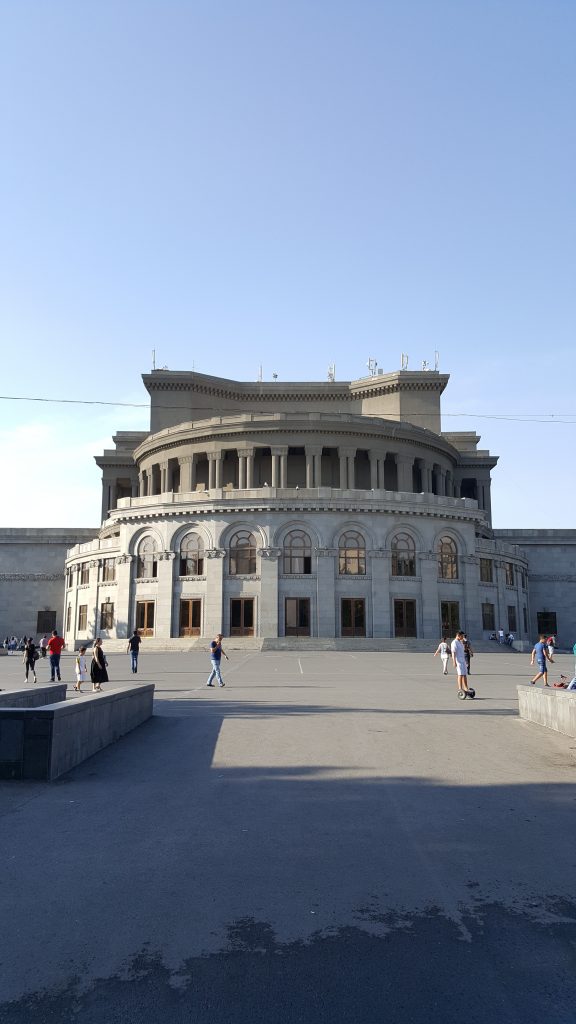 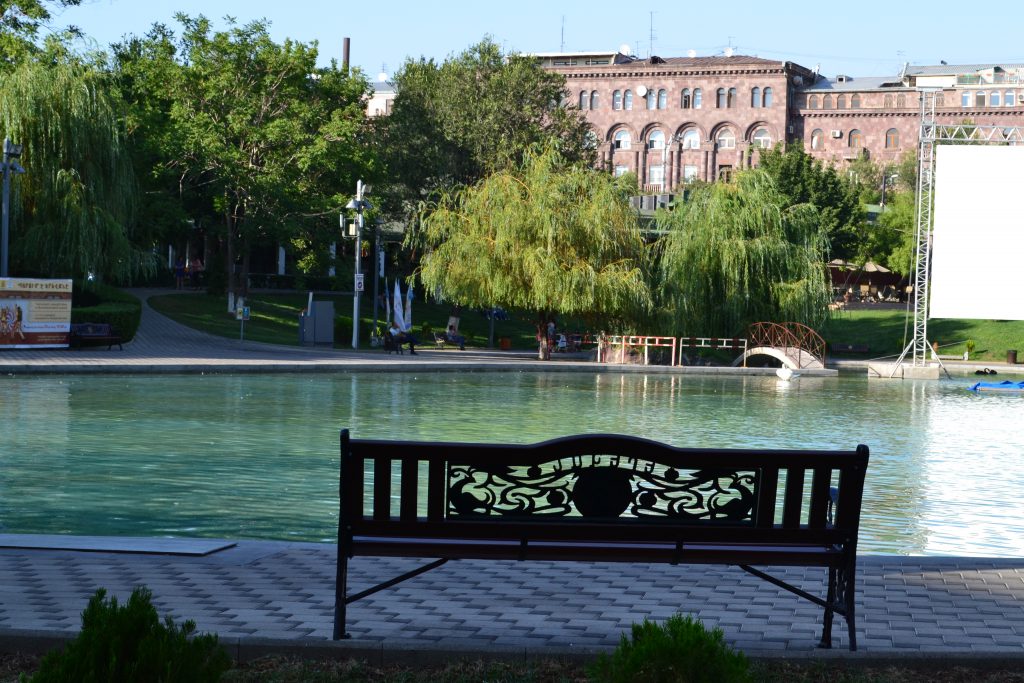 Close to the National Theatre, Katoghike Church can be found which is a small medieval church from the 12th century with an interesting history. Furthermore, you should visit Republic Square which nowadays is surrounded by many Western luxury hotels and government buildings. In summer, you can watch the musical fountains which celebrate the city of Yerevan between sunset and 10 pm. Interesting fact: Originally, the square was named after Vladimir Lenin! 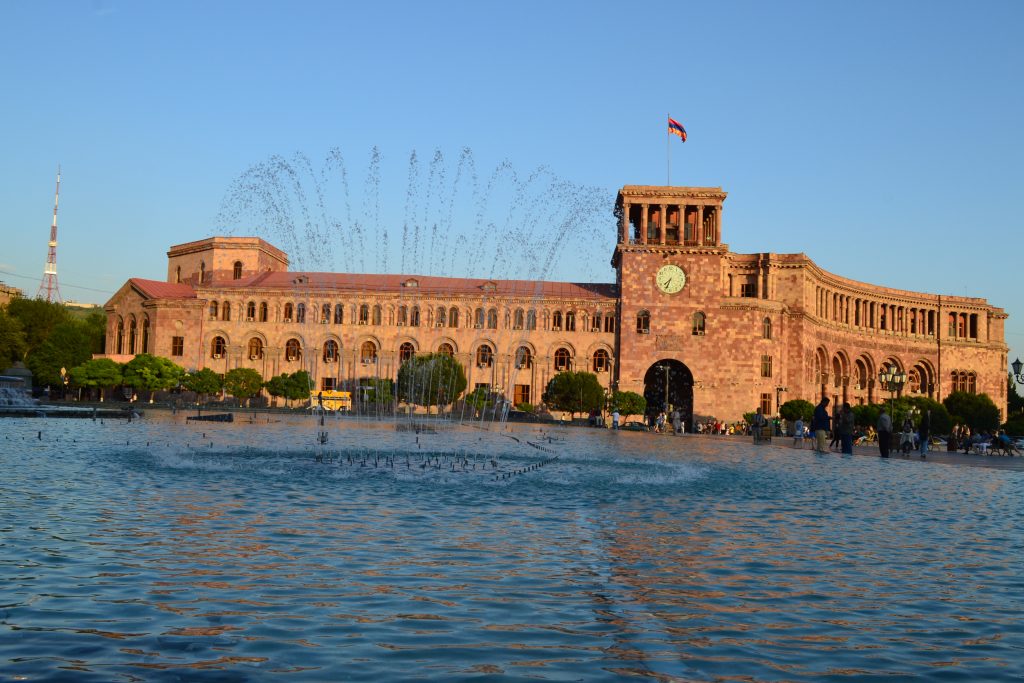 A must-visit in Yerevan is the Armenian Genocide Memorial & Museum which is a bit outside the centre and can be reached by bus no. 46. When I went there, unfortunately there was no tour guide available wherefore I had to visit it by my own. The museum provides many information and works with a lot of texts that will require your full concentration and one and a half to two hours or even more of your time. I think it’s an important part of any visit of Armenia, especially because the whole topic is still rather unknown in other parts of the world. The monument outside is impressive! 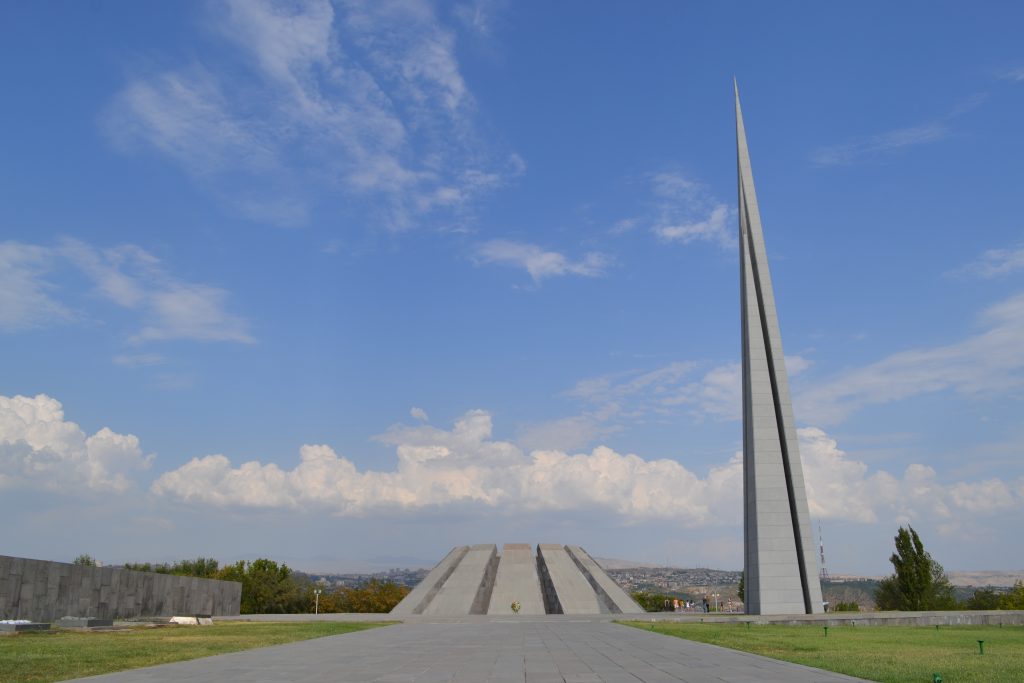 Indeed, Armenia offers much more than its capital, especially its famous and picturesque monasteries and churches. Planning a daytrip from Yerevan, I recommend you to visit Geghard Monastery which is World Heritage-listed and beautifully located in a mountain region in the east of Yerevan. Already getting there is beautiful and gives you the opportunity to visit Garni Temple as well, a Hellenic-style temple which you wouldn’t expect in Armenia. For getting there by public transport, you need to make it to GAI bus station first from where marshrutkys travel to a city called Goght. From there, you need to find a taxi that brings you to the monastery. The temple is in the city of Garni in walking distance from the only official bus stop of the place. Locals might help you if not sure where to get off. 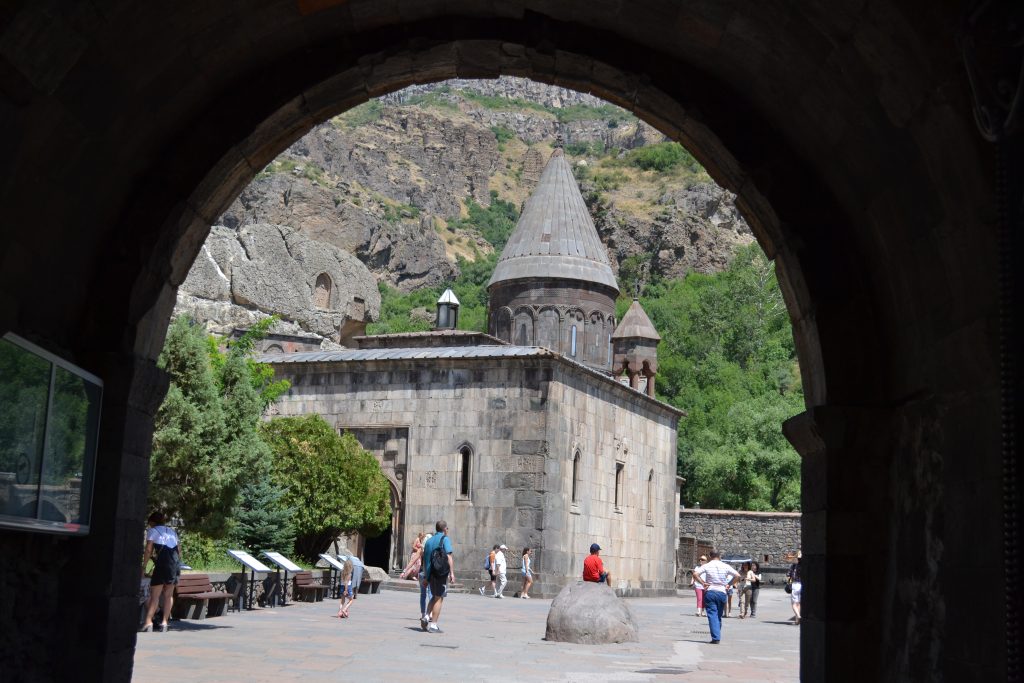 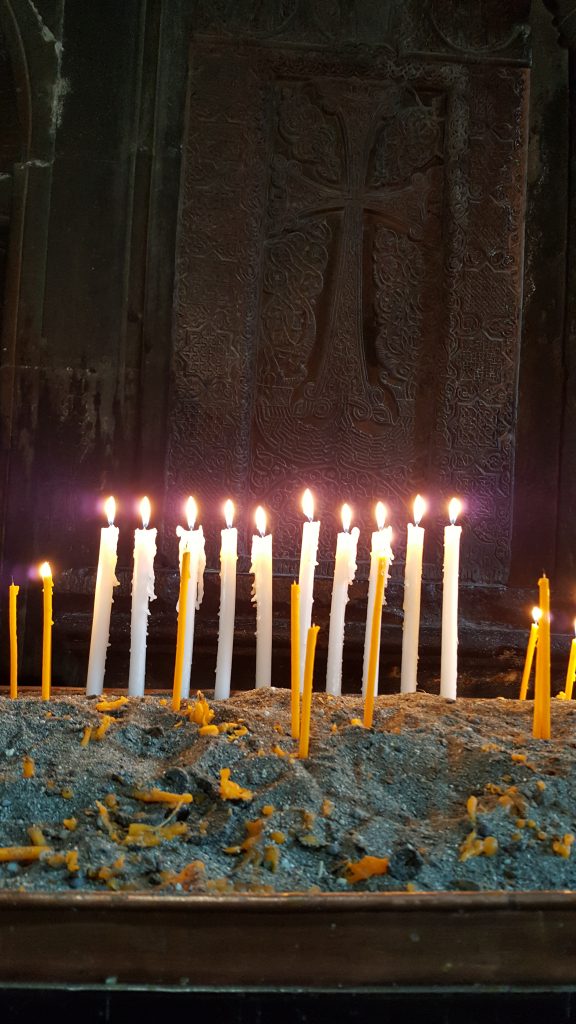 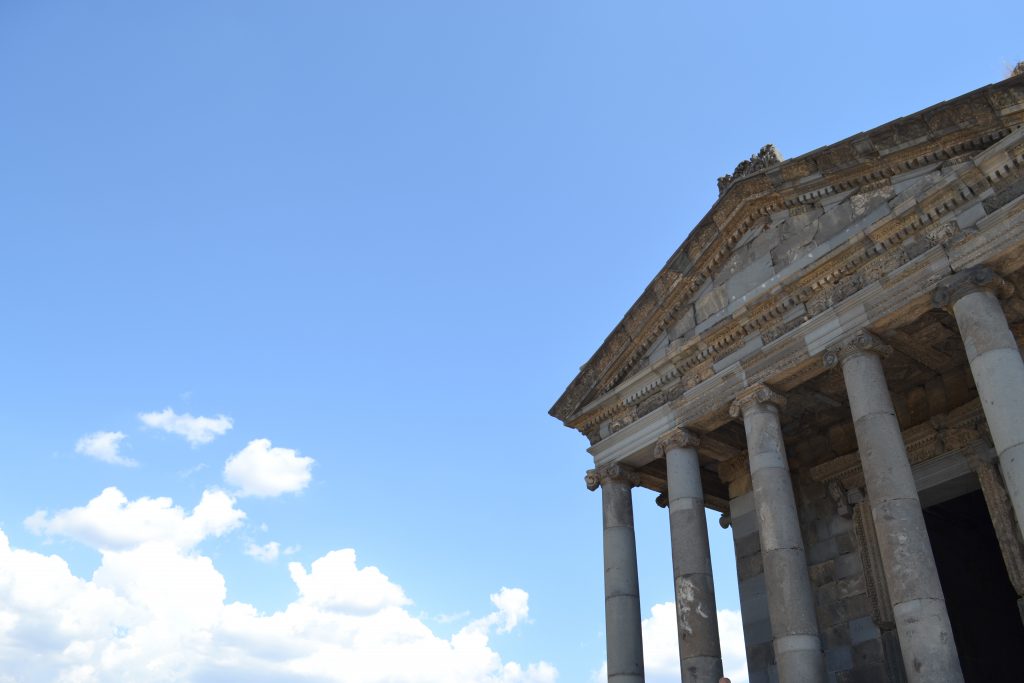 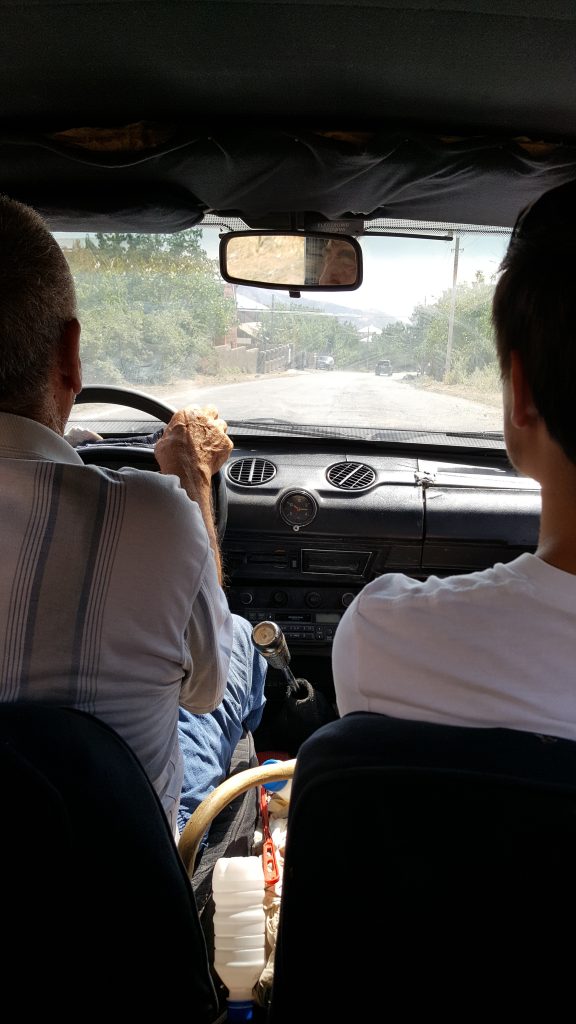 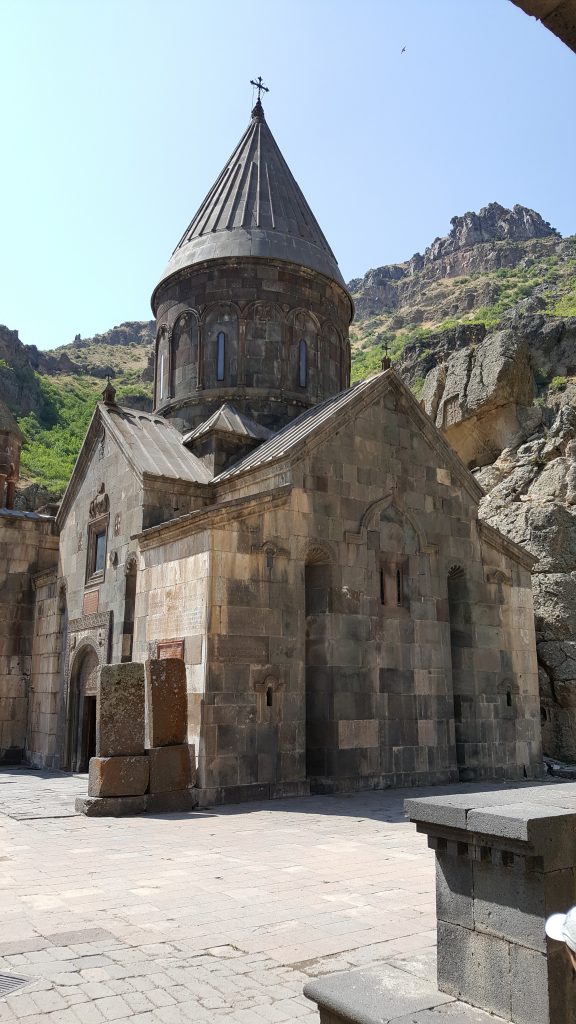 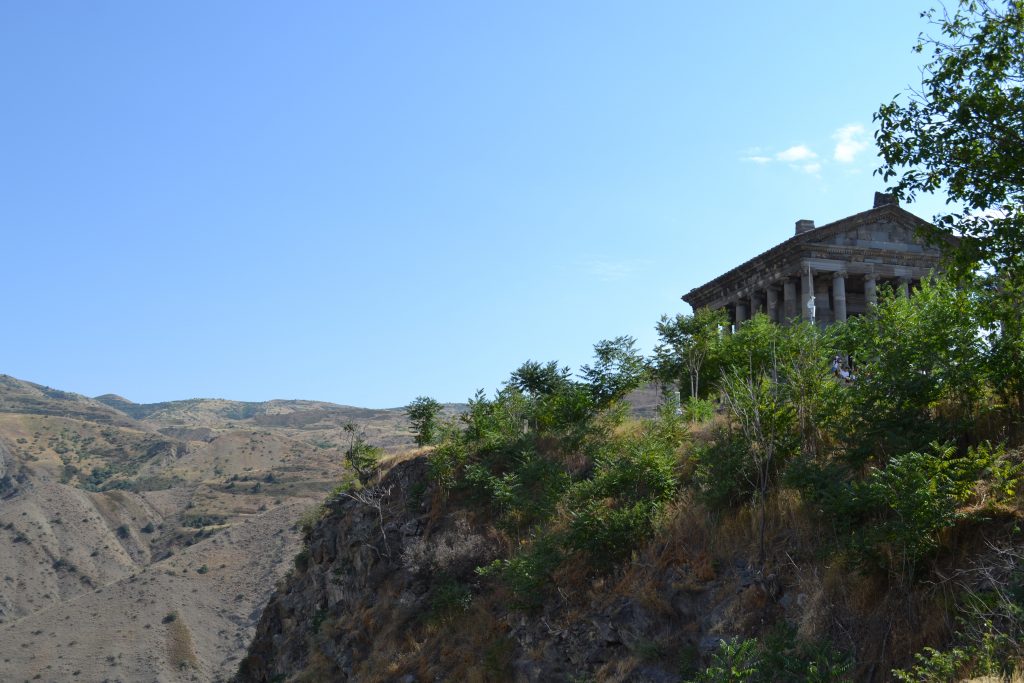 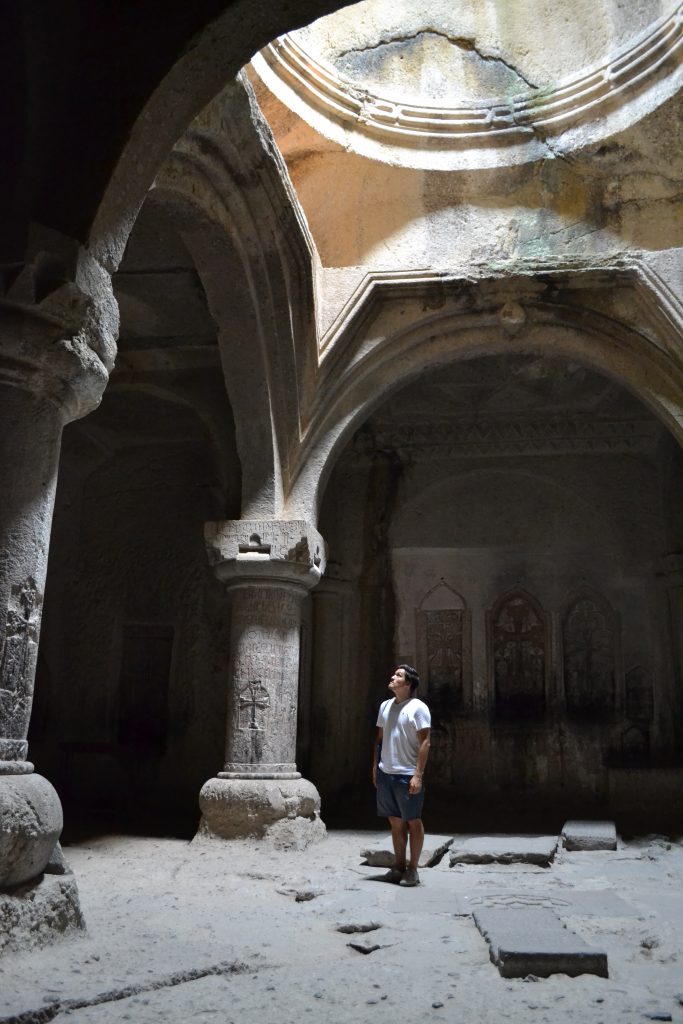 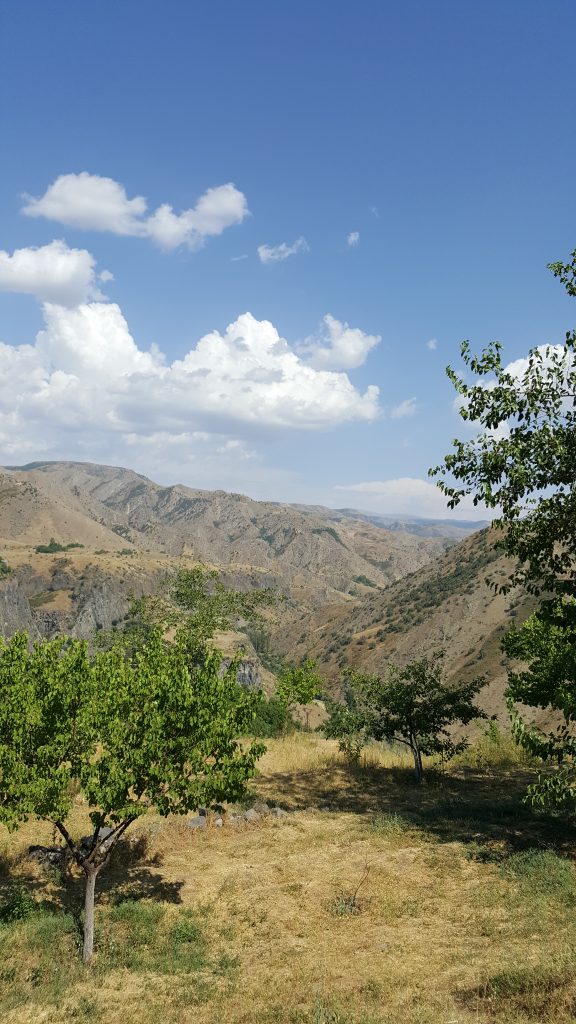