In the summer of 2017, I went out for a 13-week, half-world trip that would take me all the way from Eastern Europe to the Middle East and Southeast Asia. Fascinated by countries such as Belarus and Russia, I was looking forward to the countries in the South Caucasus, namely Azerbaijan, Georgia and Armenia, which I visited in exactly that order. Located between Europe and Asia, these three states combine different cultural influences which also express themselves differently in modern times, but more on that later.

My first stop on my way south was Azerbaijan. This is a landlocked country in the Middle East, geographically part of Europe, bordering on Russia, Georgia, Armenia and Iran while also having access to the Caspian Sea. From Moscow I took a flight with UTair, a Russian airline, heading to Baku, the capital of Azerbaijan, which will be subject of this article. 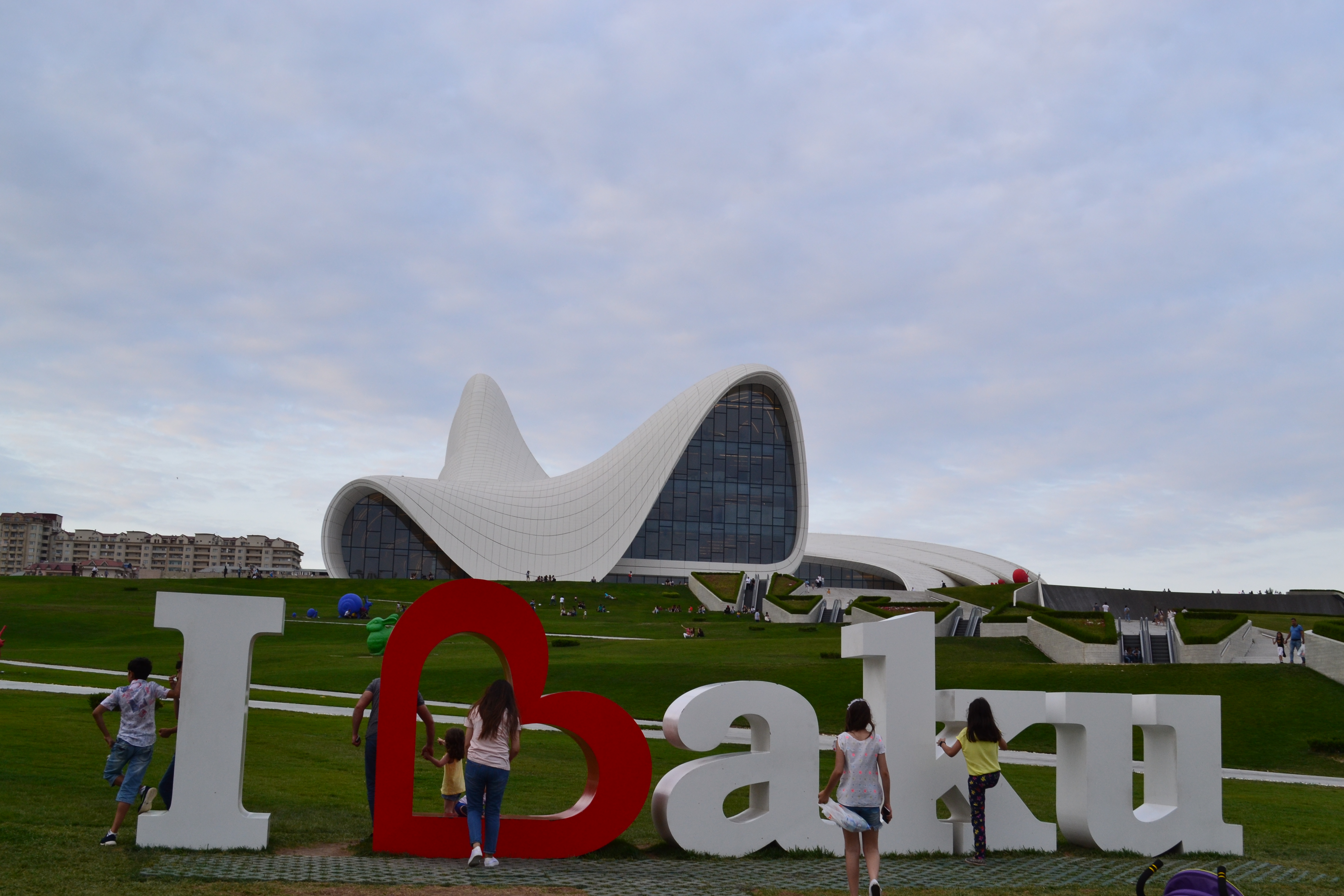 Baku (Bakı) is probably know people in Western Europe most likely due to the Eurovision Song Contest or the Formula One Grand Prix of Azerbaijan. According to archaeological finds, the city with about two million inhabitants already exists since the year 8.000 BC wherefore it has a lot to offer for tourists! 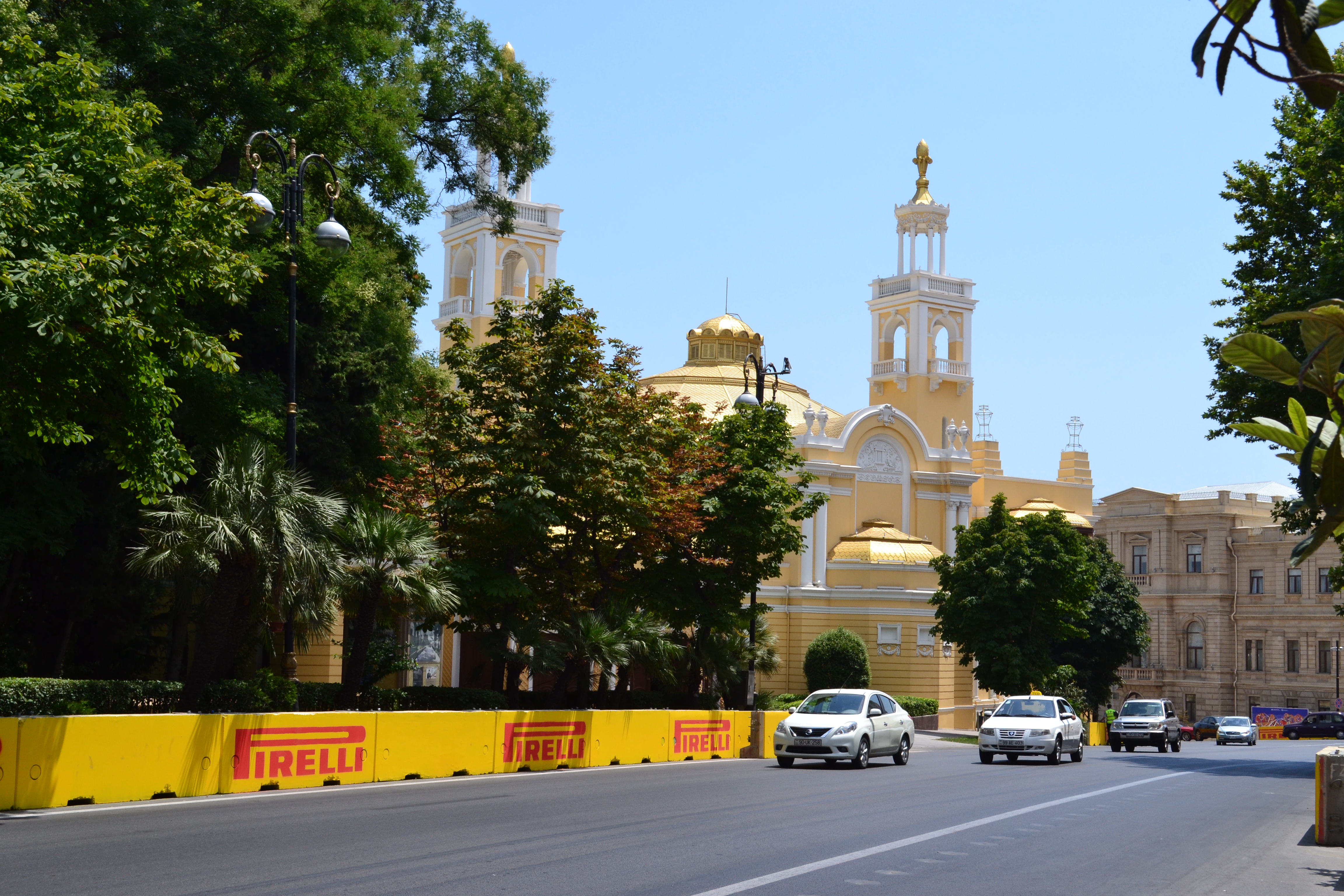 Baku was located on the legendary Silk Road in the Middle Ages, geographically located amid a Caspian oil production area, which has always made the city prosperous. Recently, the money that the petroleum sale brings in is used for spectacular construction projects, which is already shaping the cityscape and will continue to change in the future. This creates a unique contrast from a historic old town that has been a UNESCO World Heritage Site since 2000 and modern skyscrapers that are architecturally unique. 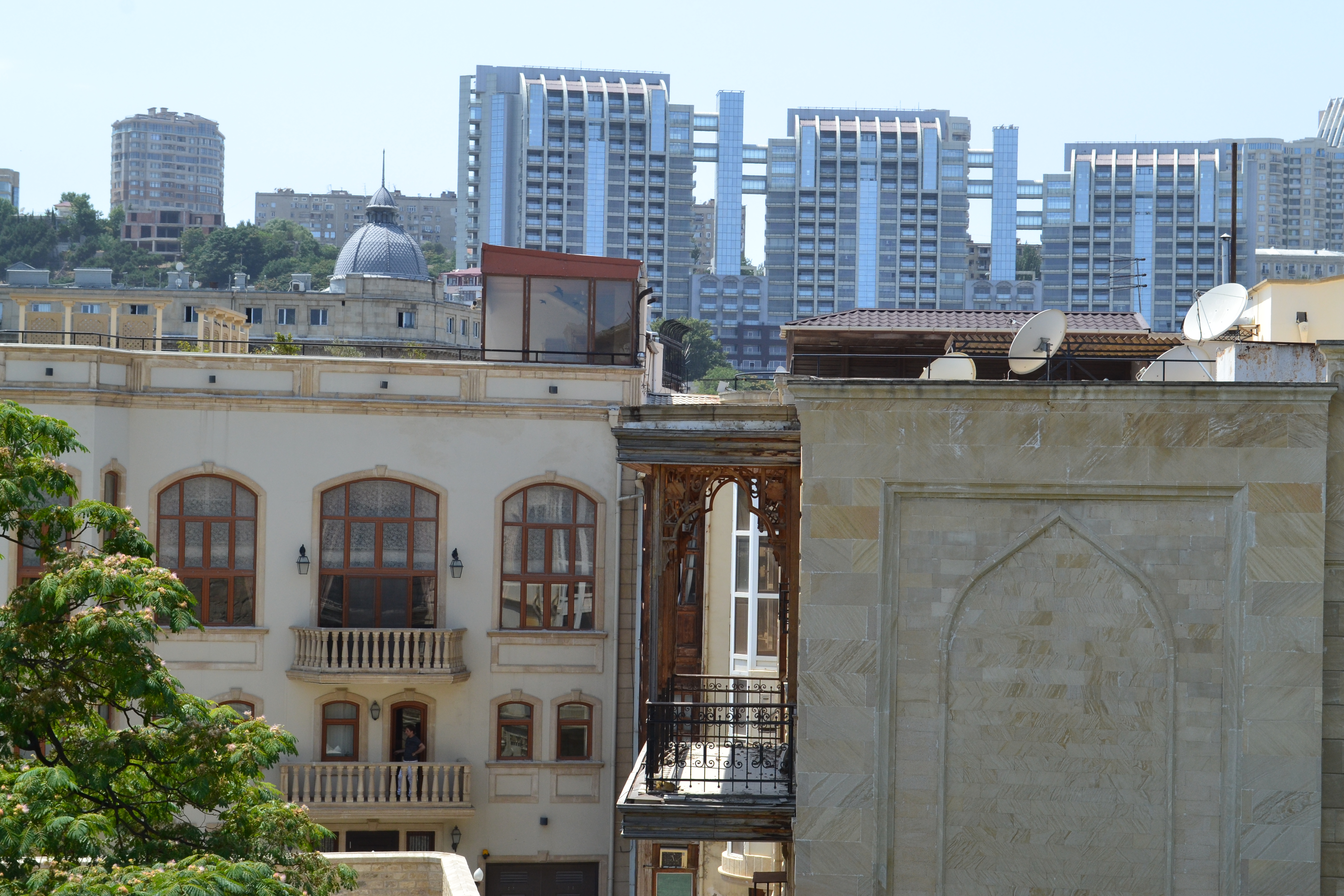 From a cultural point of view, the architecture of the city has Ottoman, Persian, Western European (Neo-Gothic and Art Nouveau), Armenian, and Soviet influences which makes Baku incredibly worth seeing. The start of any exploration tour should undoubtedly be the Old Town (İçərişəhər). Located in the centre of Baku, it is also a fortress surrounded by a city wall. 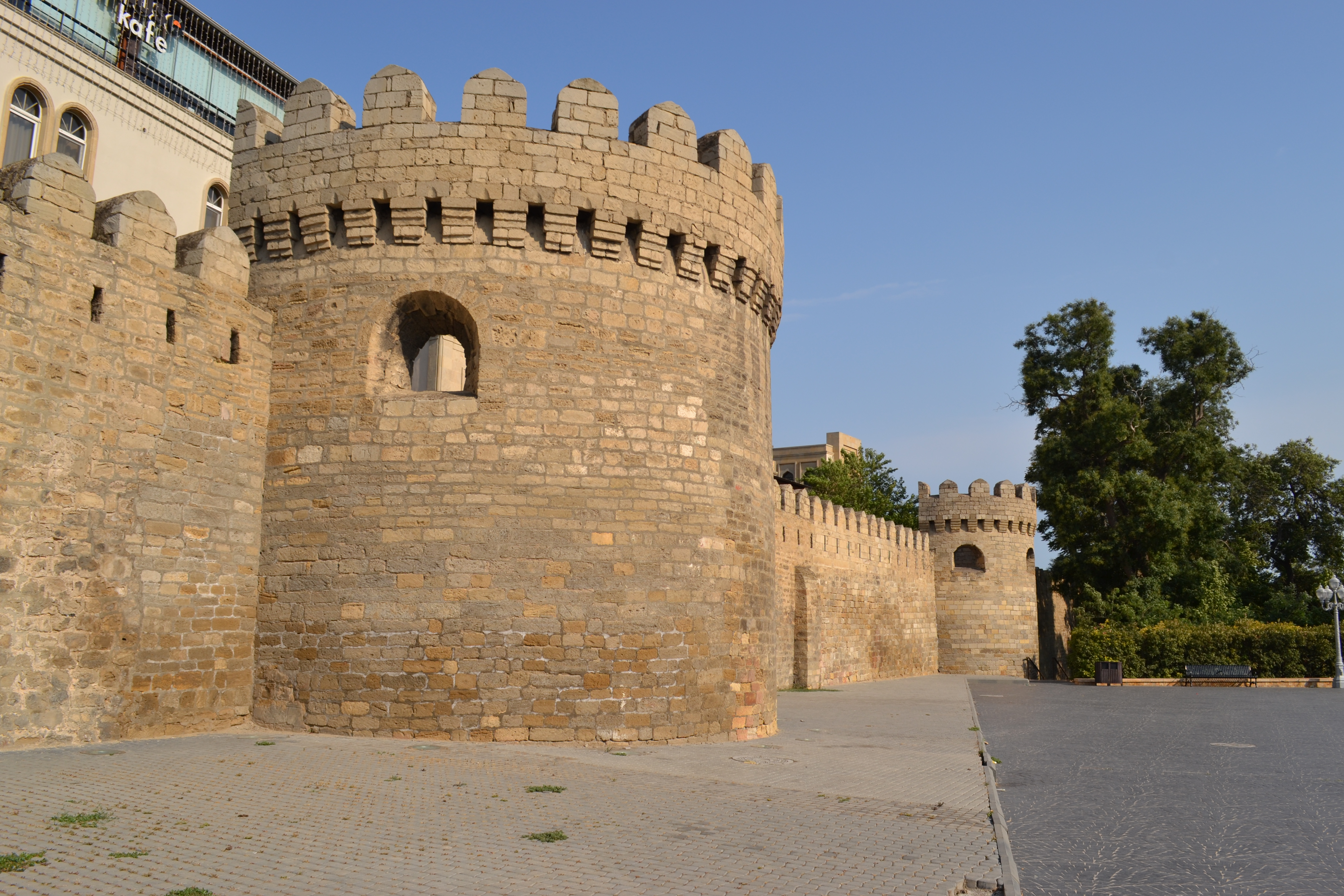 Characteristic of the district are narrow and sometimes quite steep streets between the houses that should make it impossible for potential intruders to remember directions and beyond breaking winds which, even in midsummer, creates a pleasant climate. A perfect route through the old town can not be named and should not be in the interest of any traveler because any little alley hides great surprises. 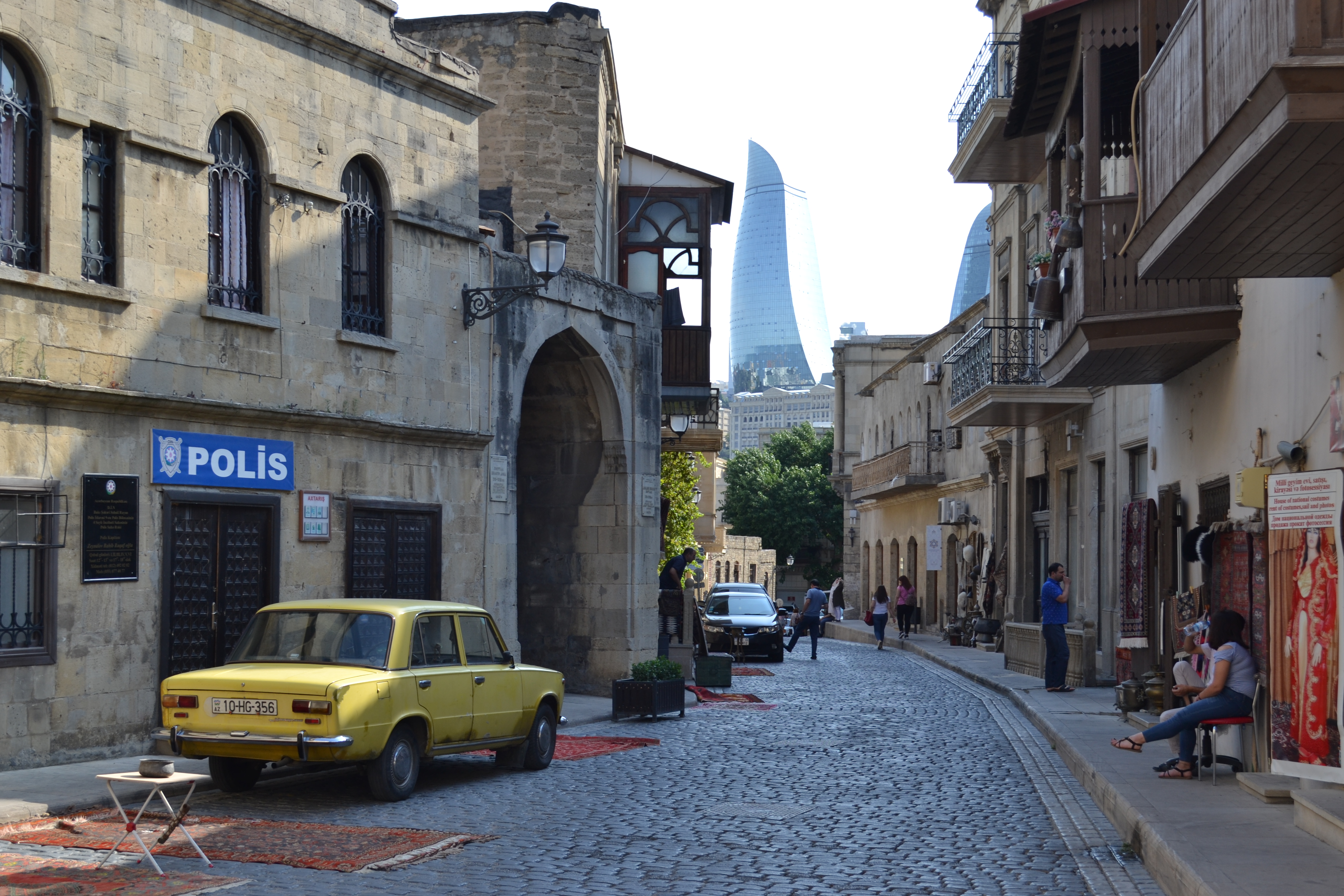 However, a visit to the Maiden Tower (Qız Qalası) whose origins have conflicting theories and whose flat roof provides a great view of the city, and the 15th-century Shirvanshahs’ Palace (Şirvanşahlar Sarayı) is recommended. Overall, the old town with its many tea houses and buildings offers a relaxed, great atmosphere. 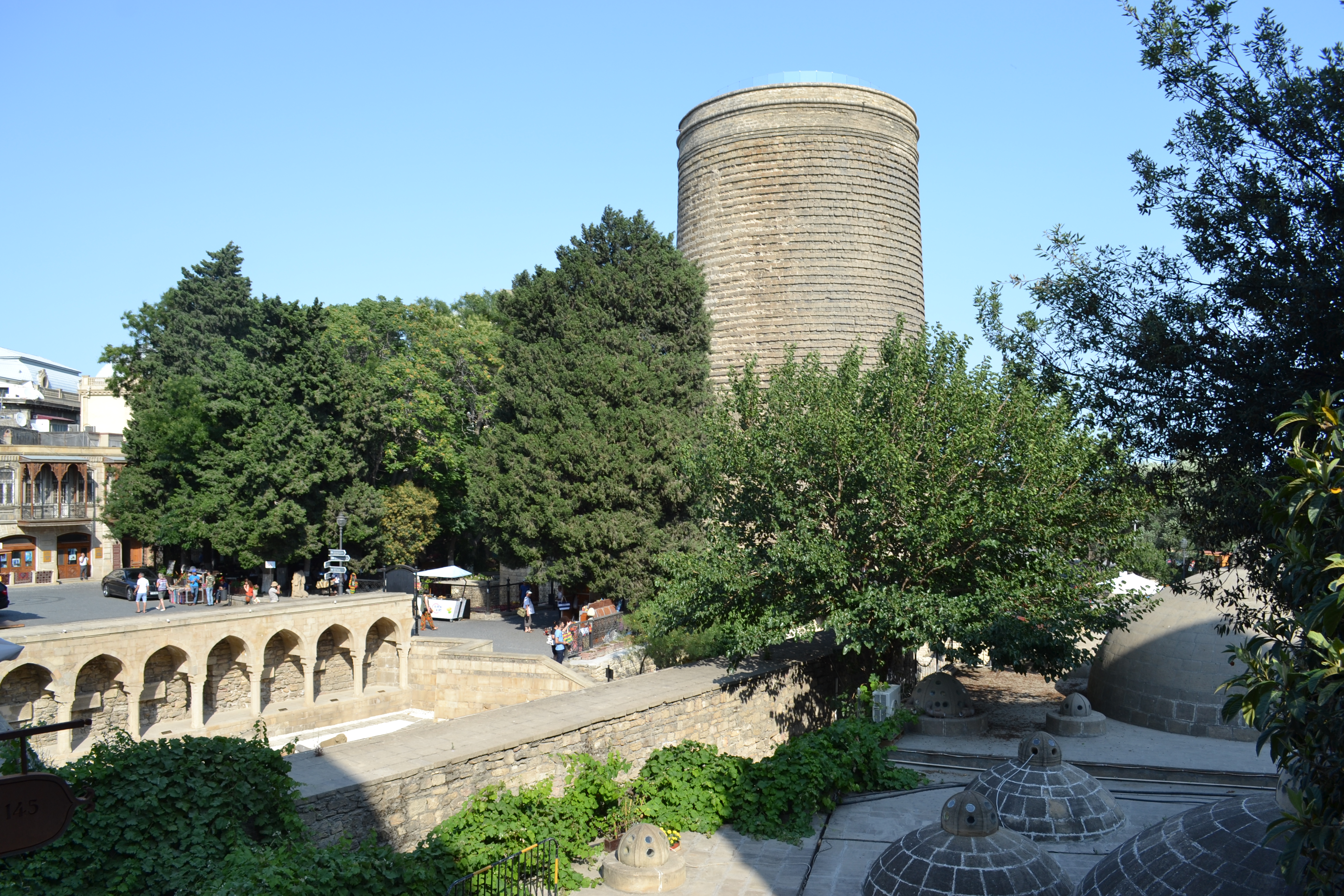 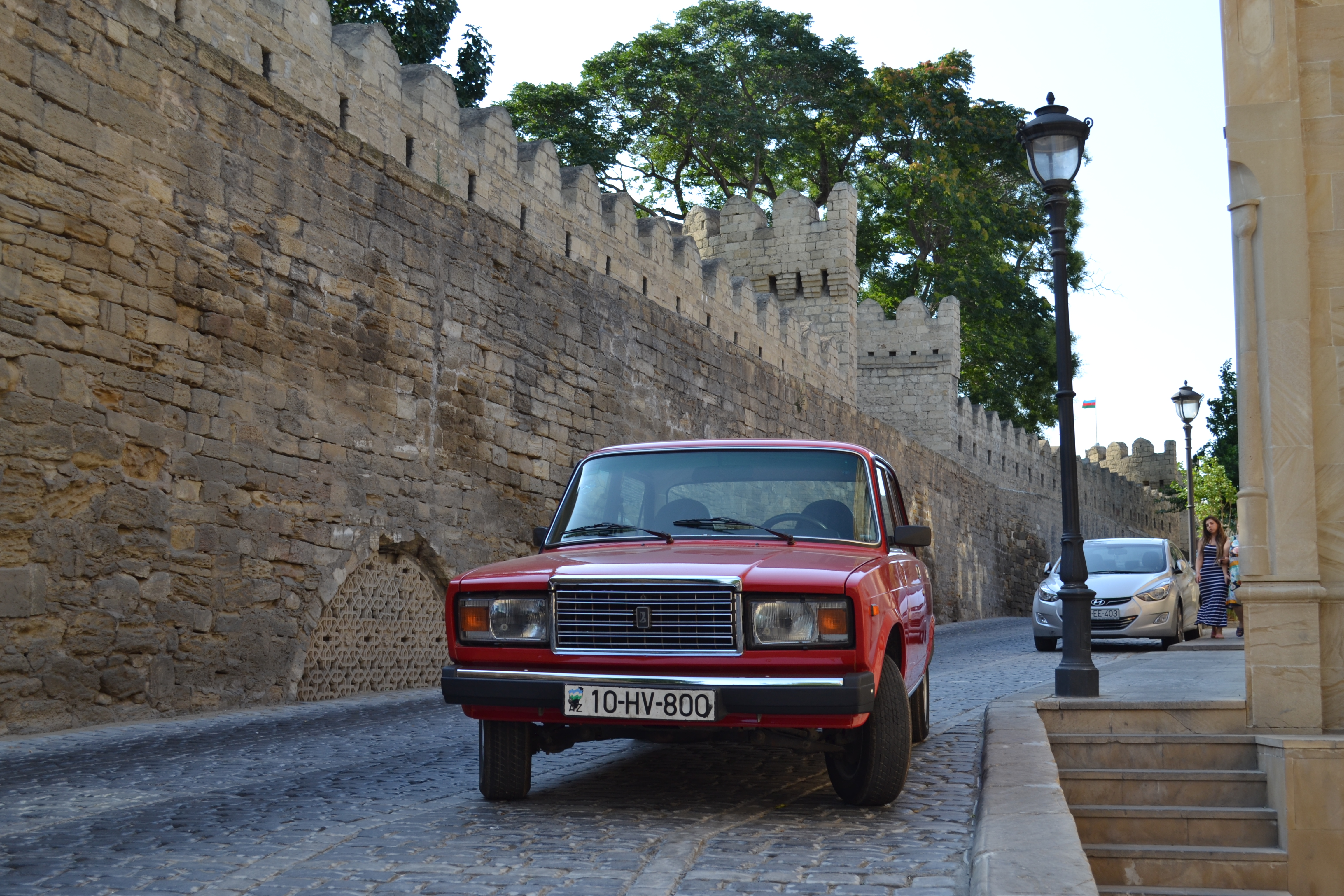 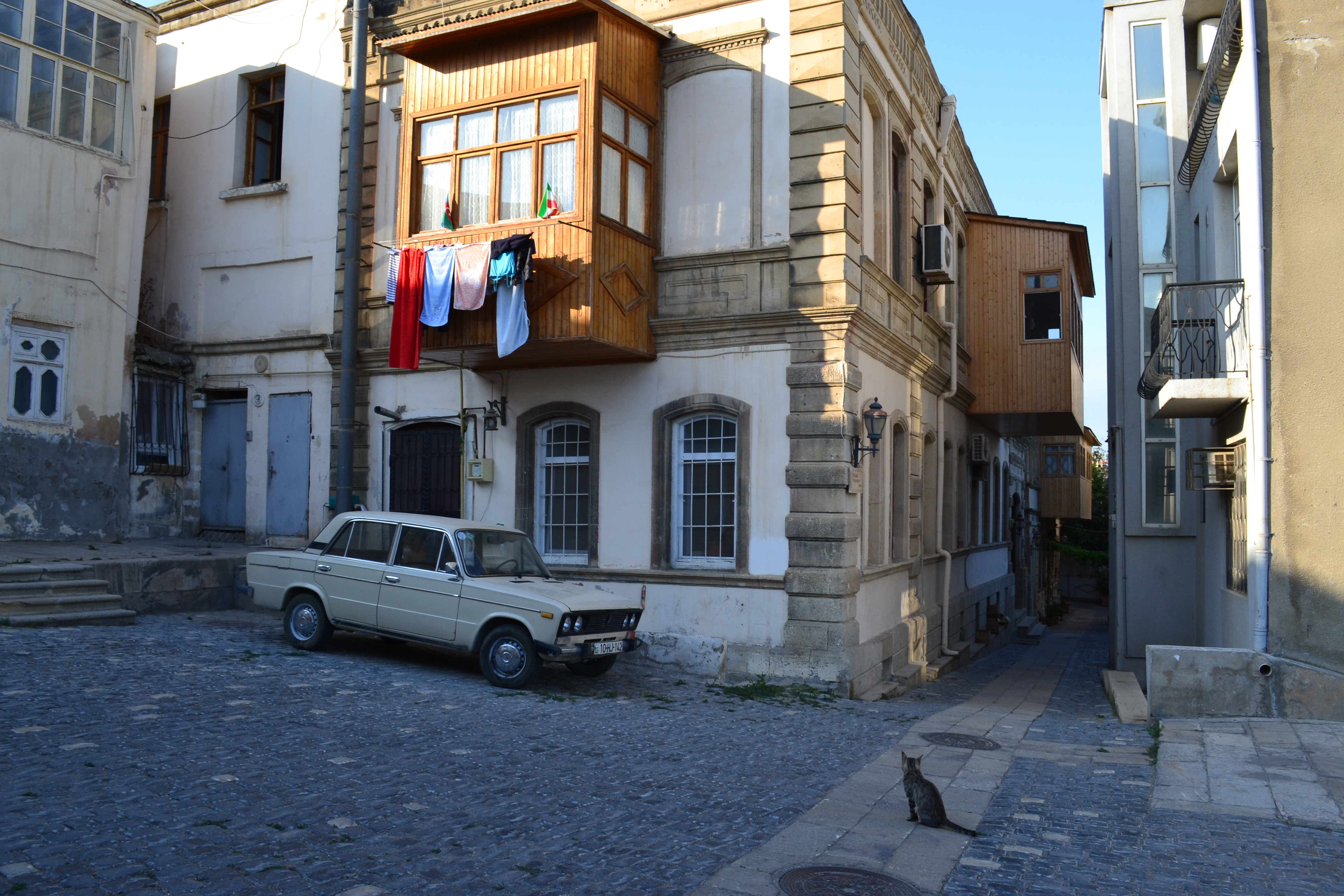 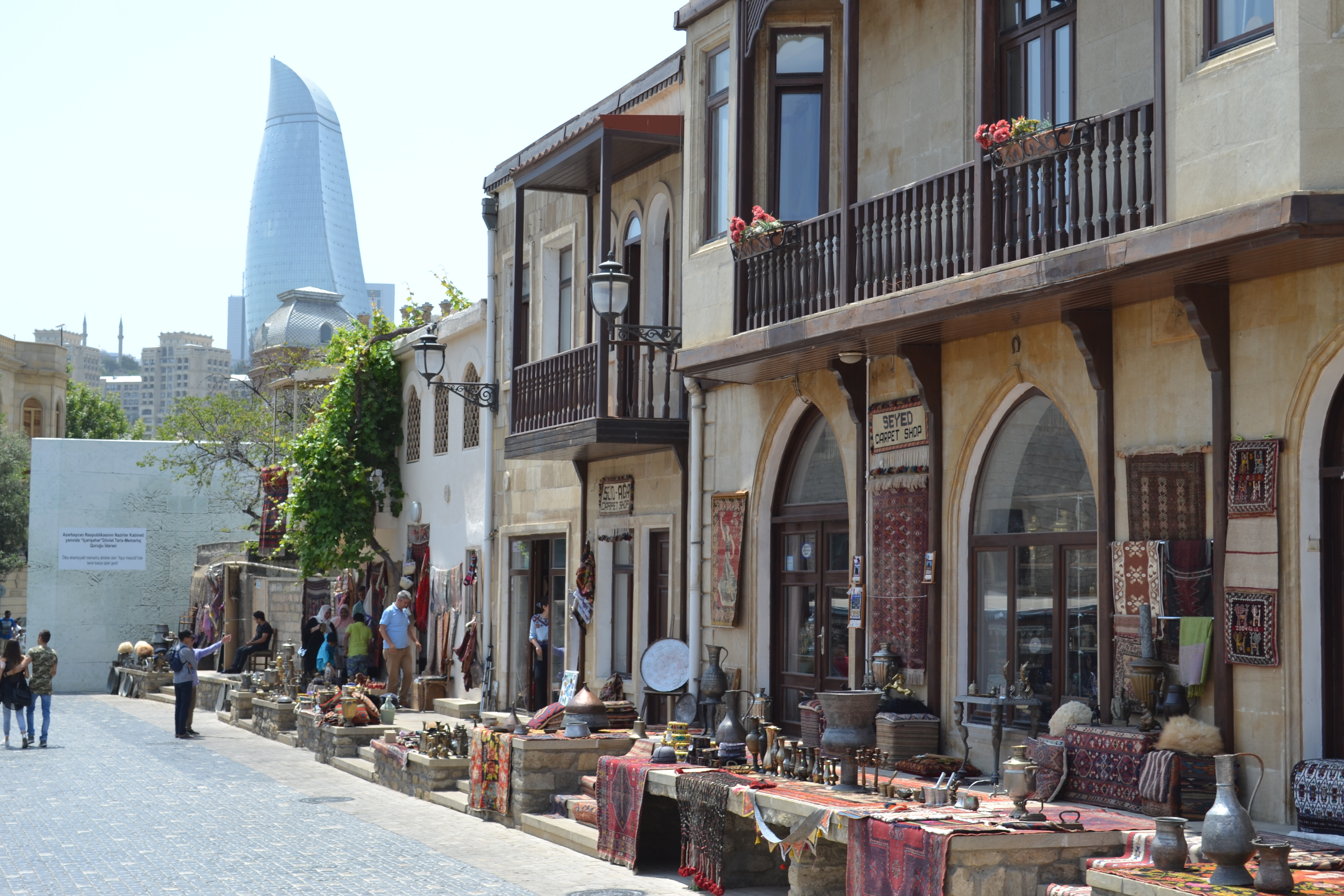 Also off the walled area, there are some attractions. First, Baku Boulevard, a promenade on the Caspian Sea, already shows the dimensions of the current building boom. It is advisable to go there (also) in the evening. You will be surprised how many families with children relax at the boulevard at 11 PM while playing, having a picnic and just enjoying life. 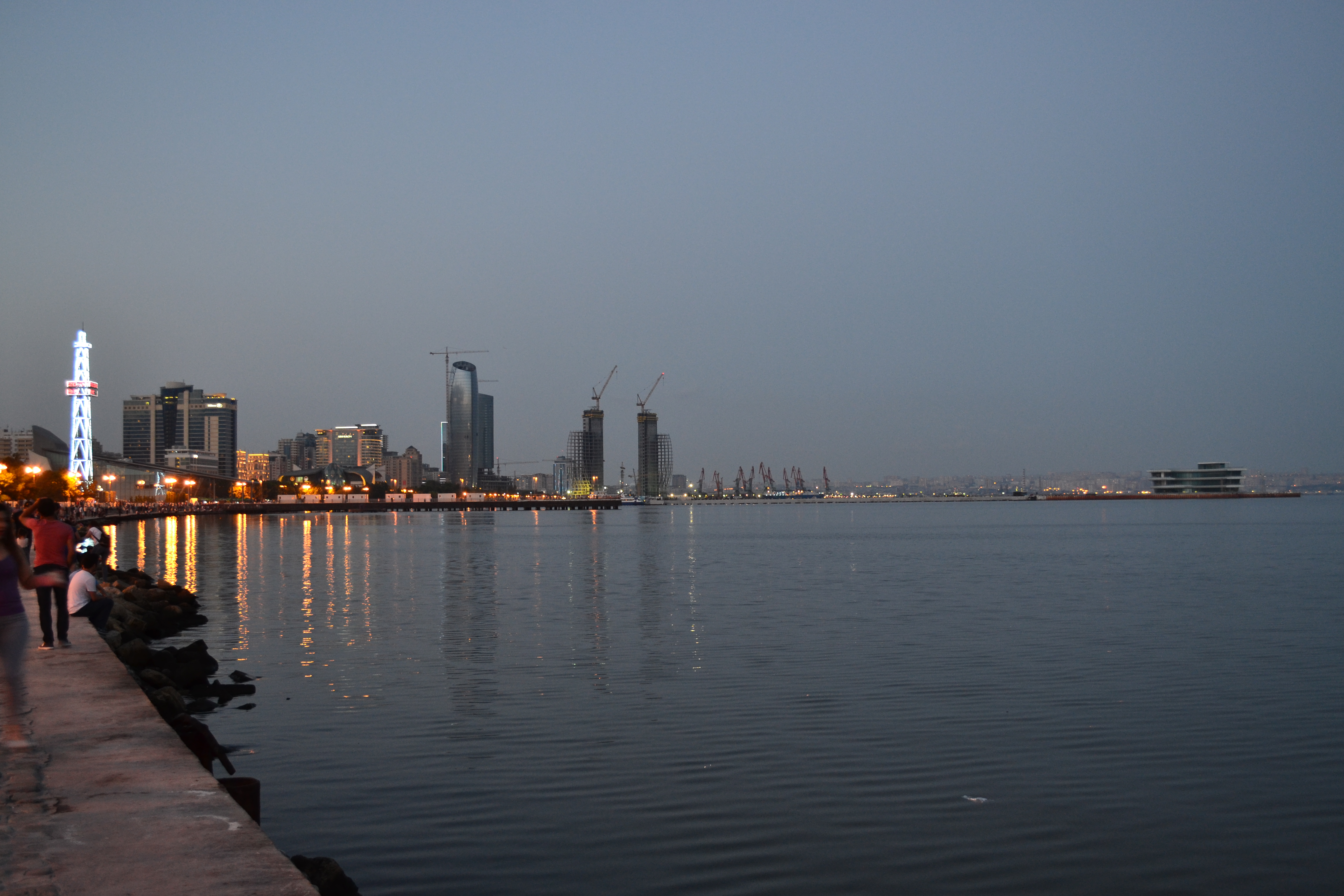 Omnipresent, whether in the old town or on the promenade, are the Flame Towers which are now considered landmarks of the city and which are illuminated at night so that they act like flickering flames. In this context, one should take Baku Funicular up the hill in front of the Flame Towers where a great view over Baku is waiting. By the way, at the bottom end of the railway you will find the carpet museum whose exterior architecture is well worth seeing (I have not been inside though). 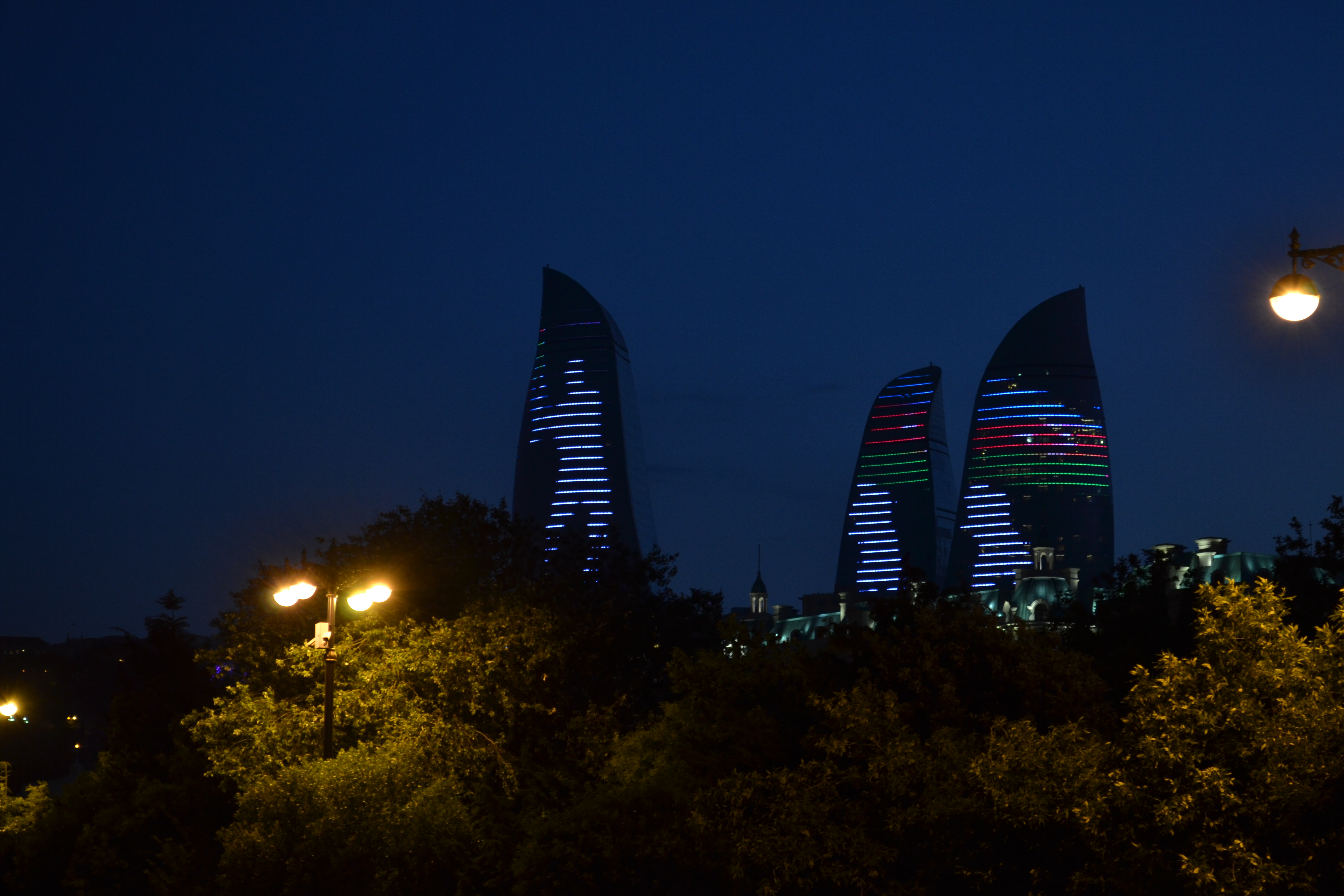 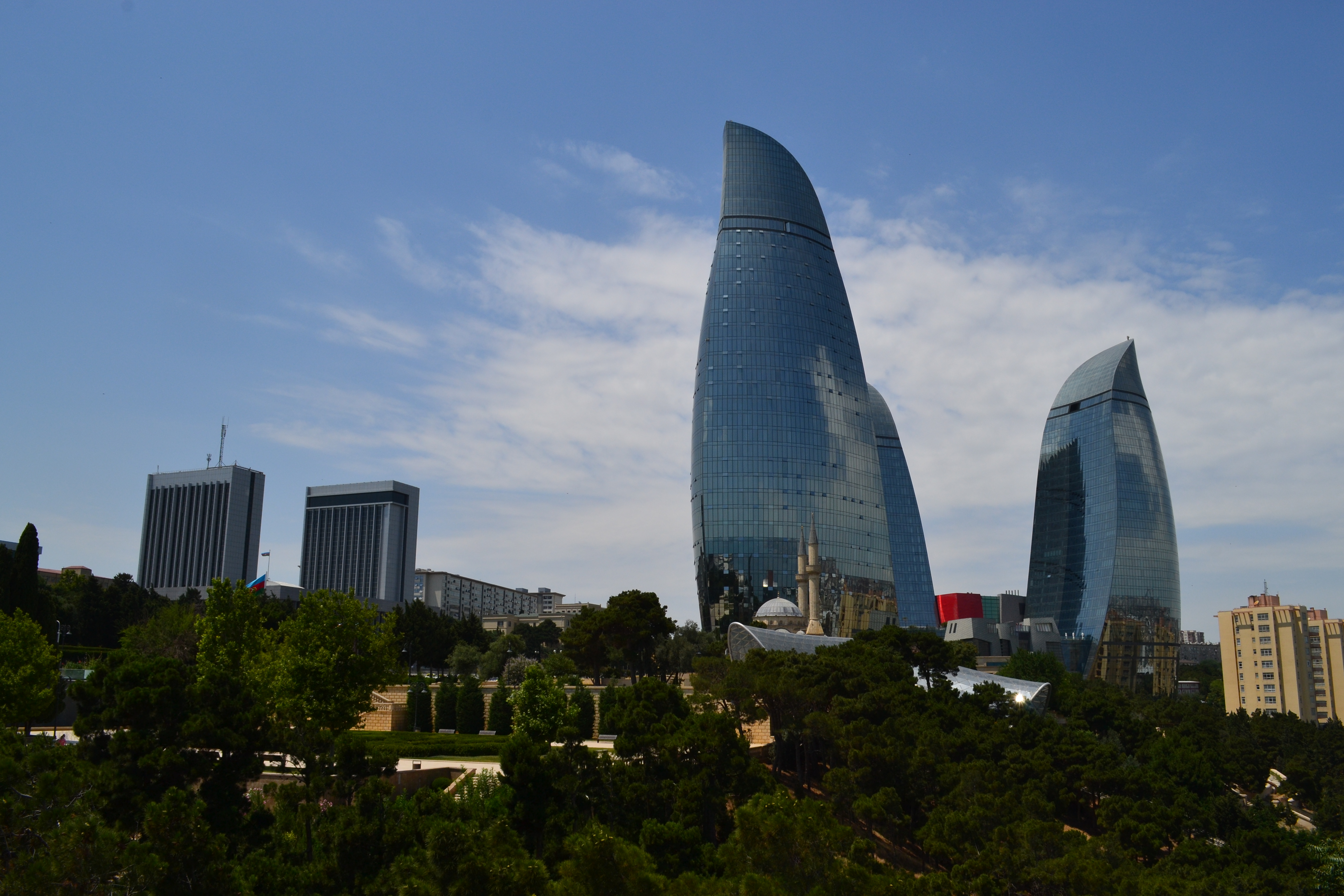 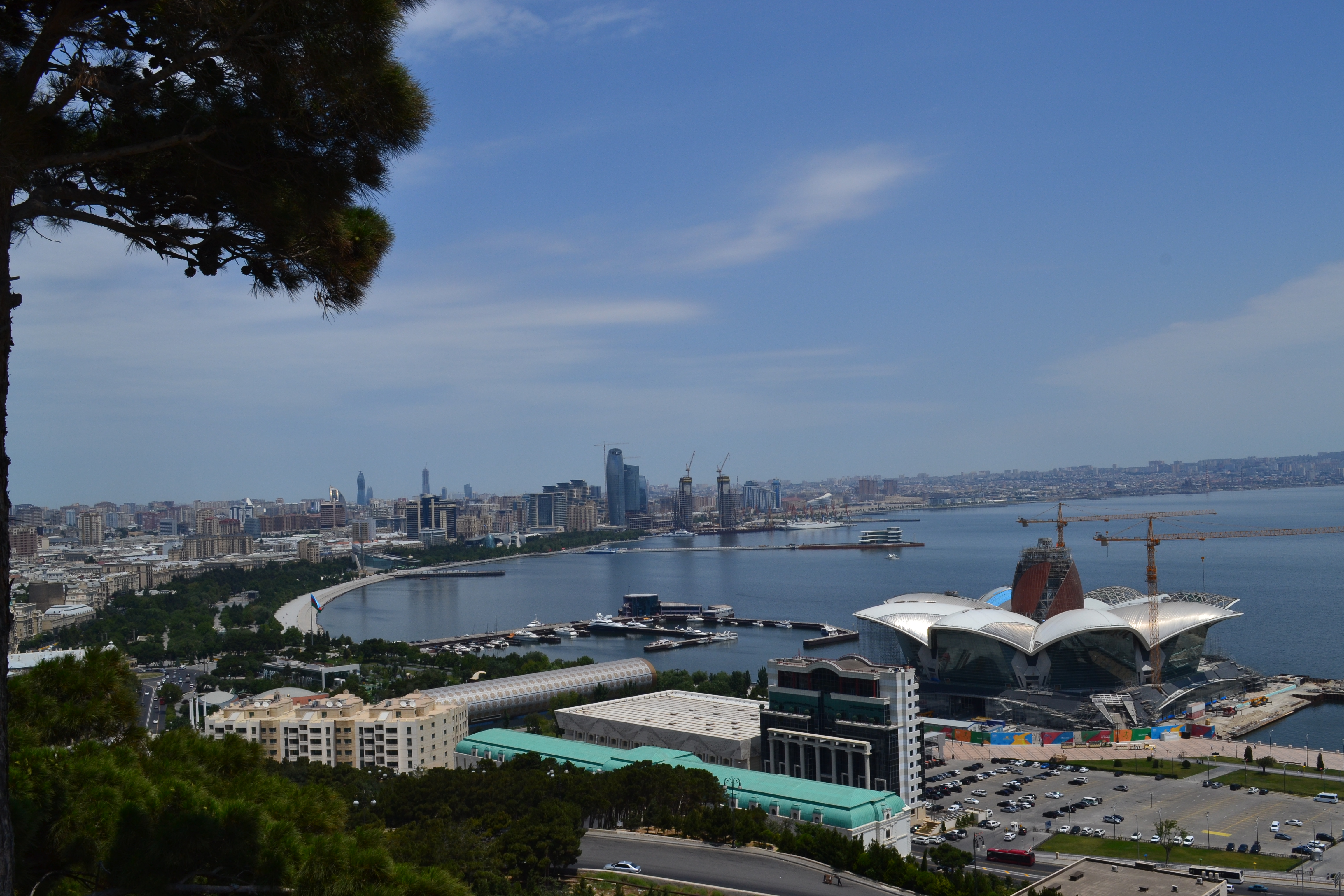 A special attraction is in the northeast of the city centre: the Heydar Aliyev Center (Heydər Əliyev Mərkəzi). While the interior of this cultural centre is rather negligible, especially friends of modern architecture will love this place. Here you can shoot photos of a special kind, guaranteed! 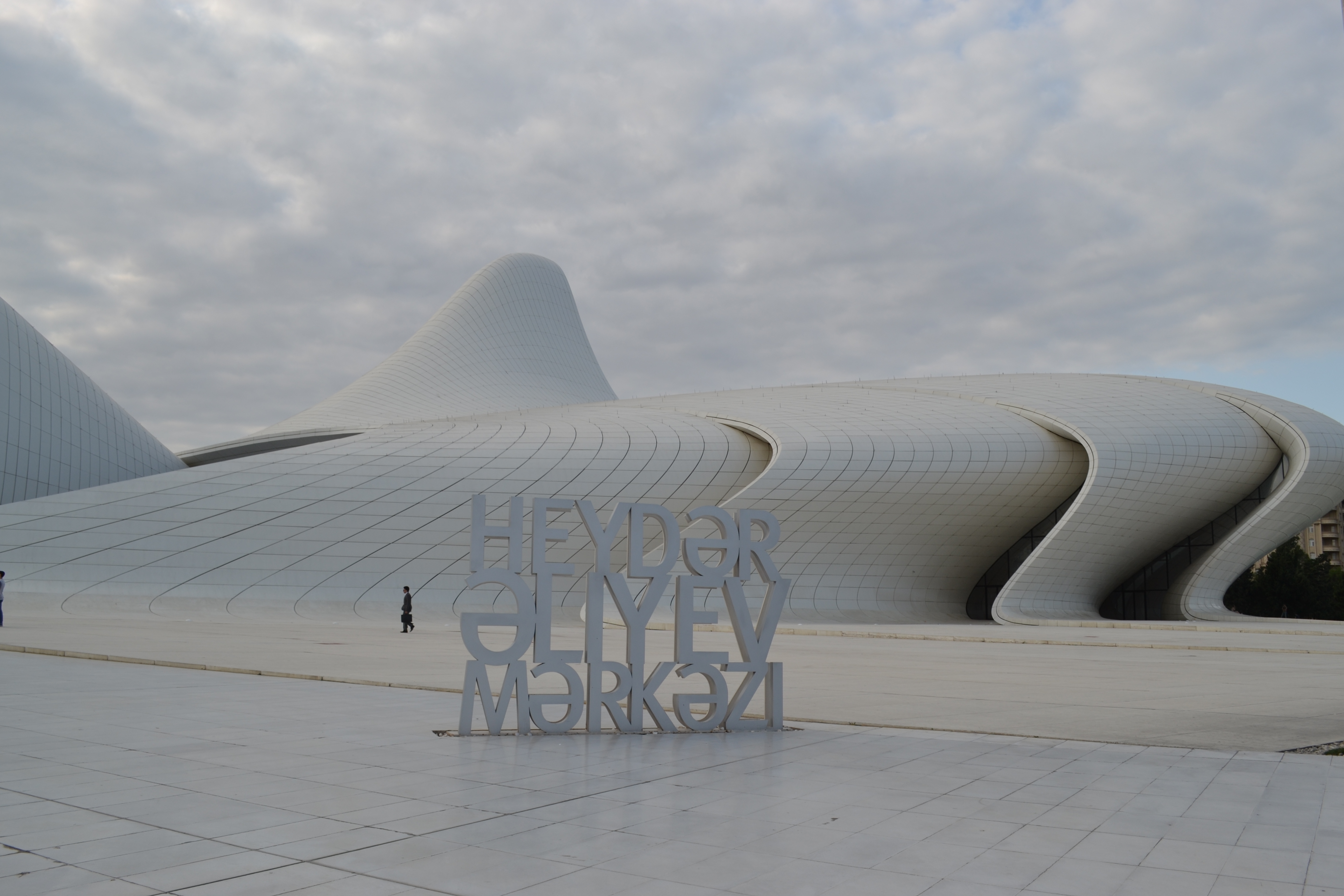 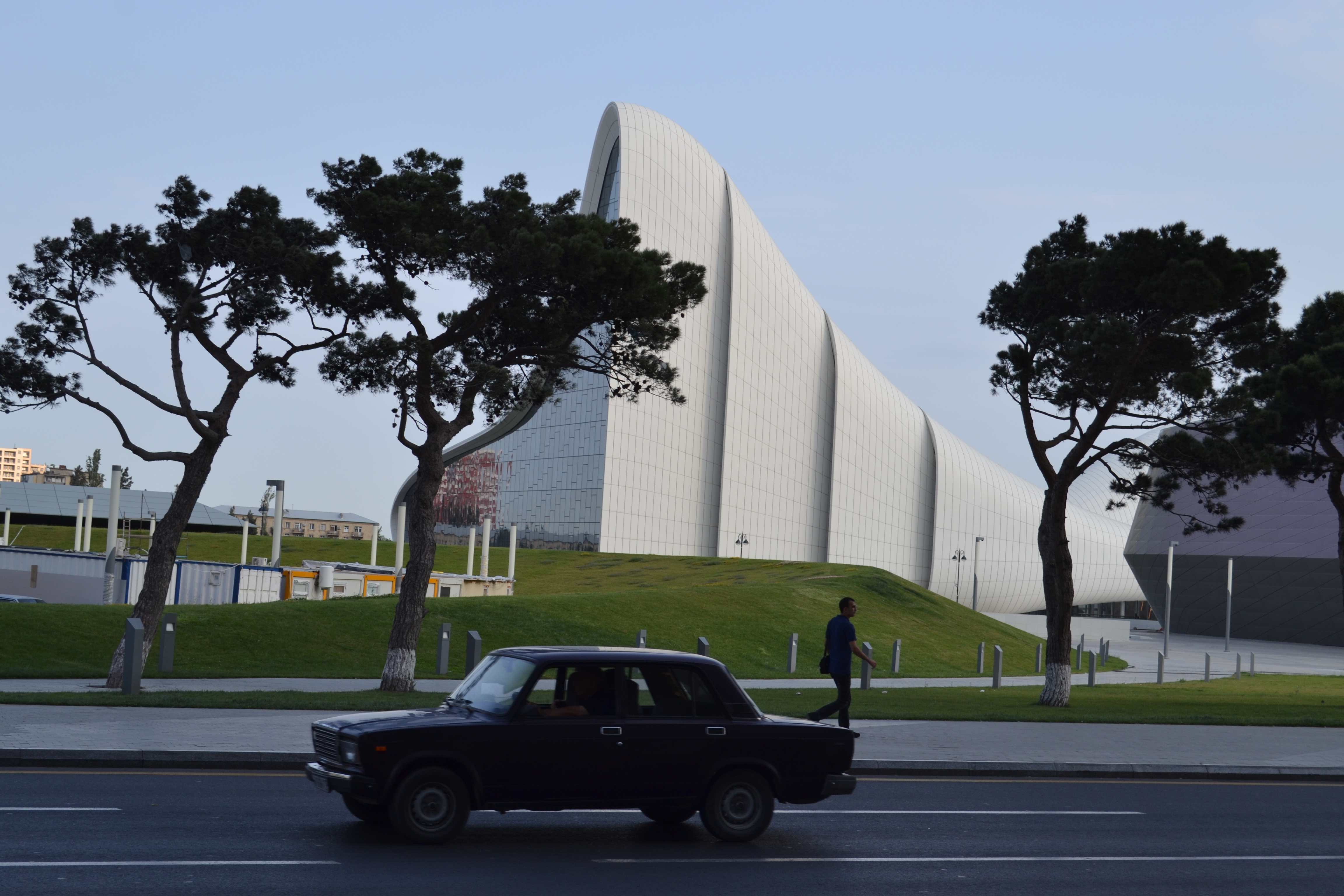 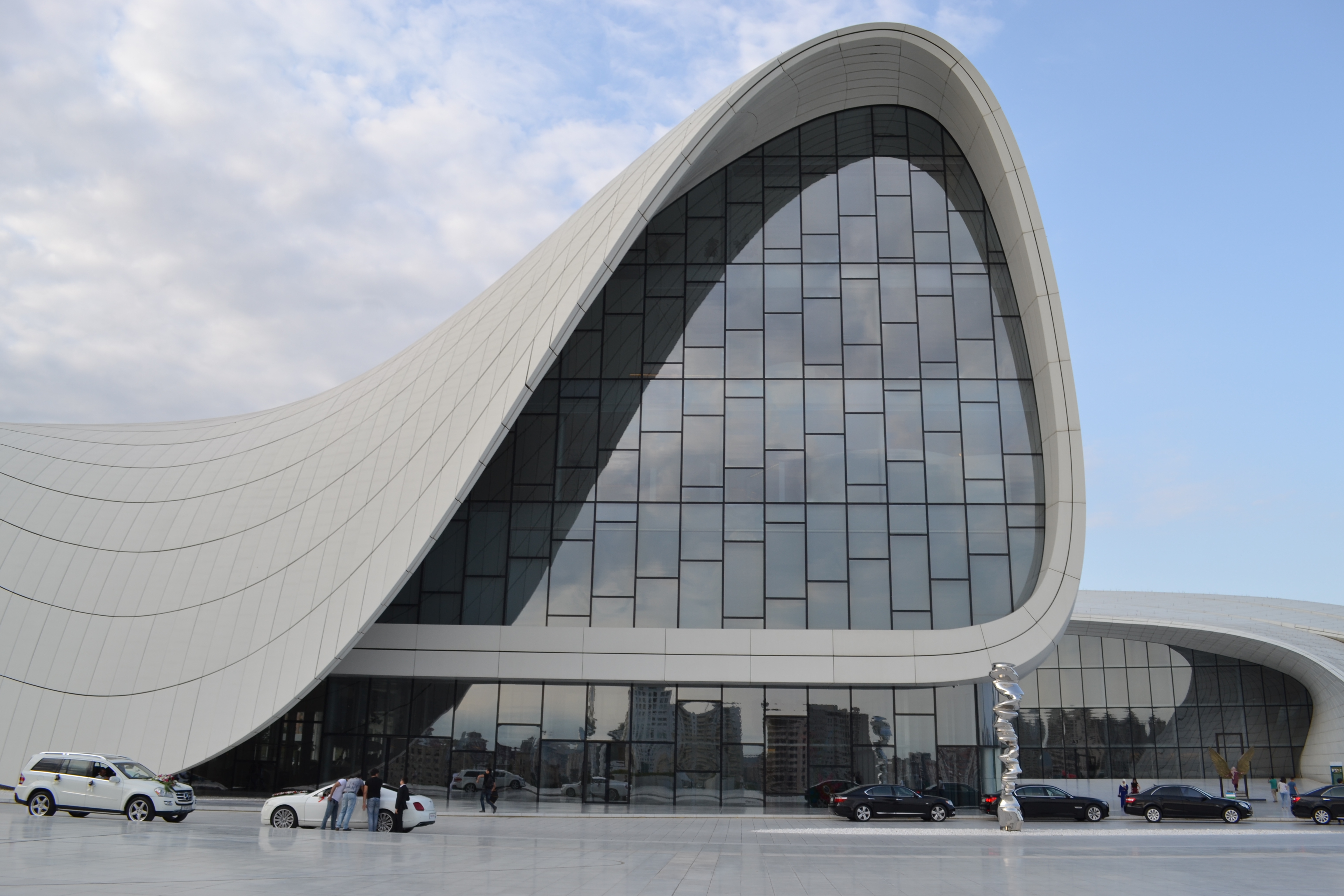 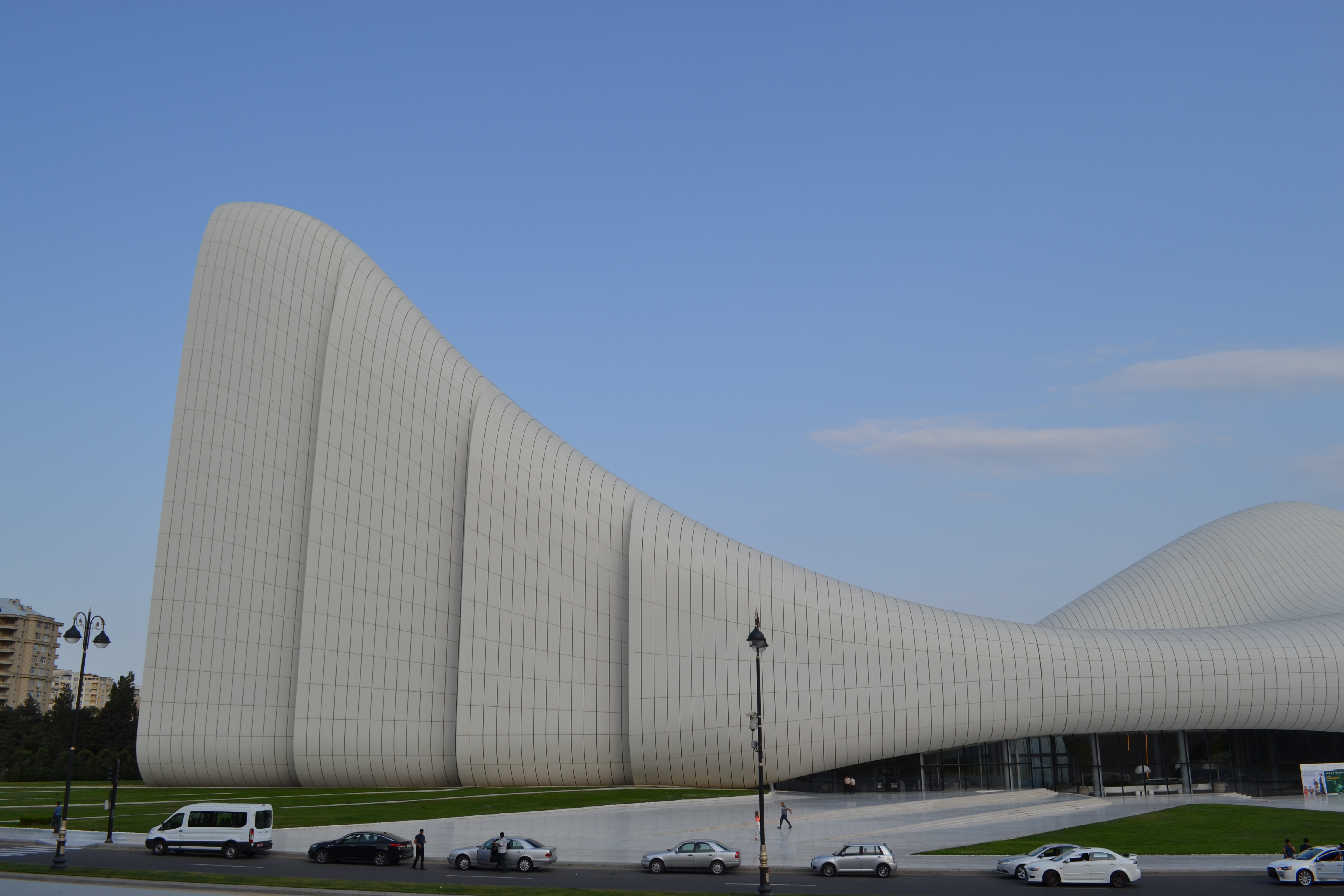 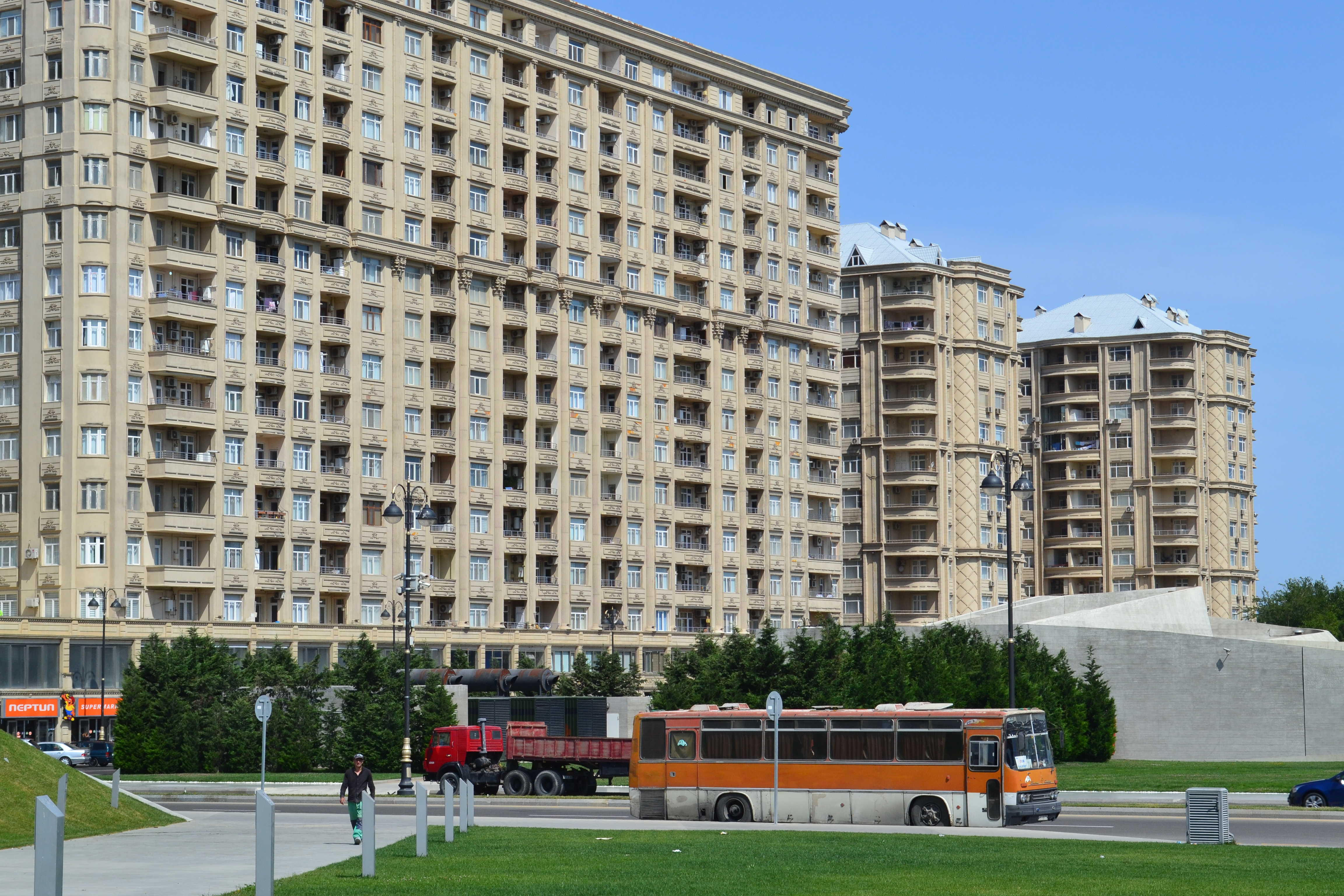 A tour of Baku should finally include a visit to the modern city centre around Fountains Square (Fəvvarələr meydanı) and a walk to Fizuli Park which features stunning Art Nouveau buildings. The best way to do this is to take the small streets behind the Armenian church which are very quiet and have interesting buildings.

Advice: I love visiting local markets in foreign countries. This offers great opportunities to look behind the scenes and get in touch with locals. The best place for this in Baku is definitely Yasil Bazar! 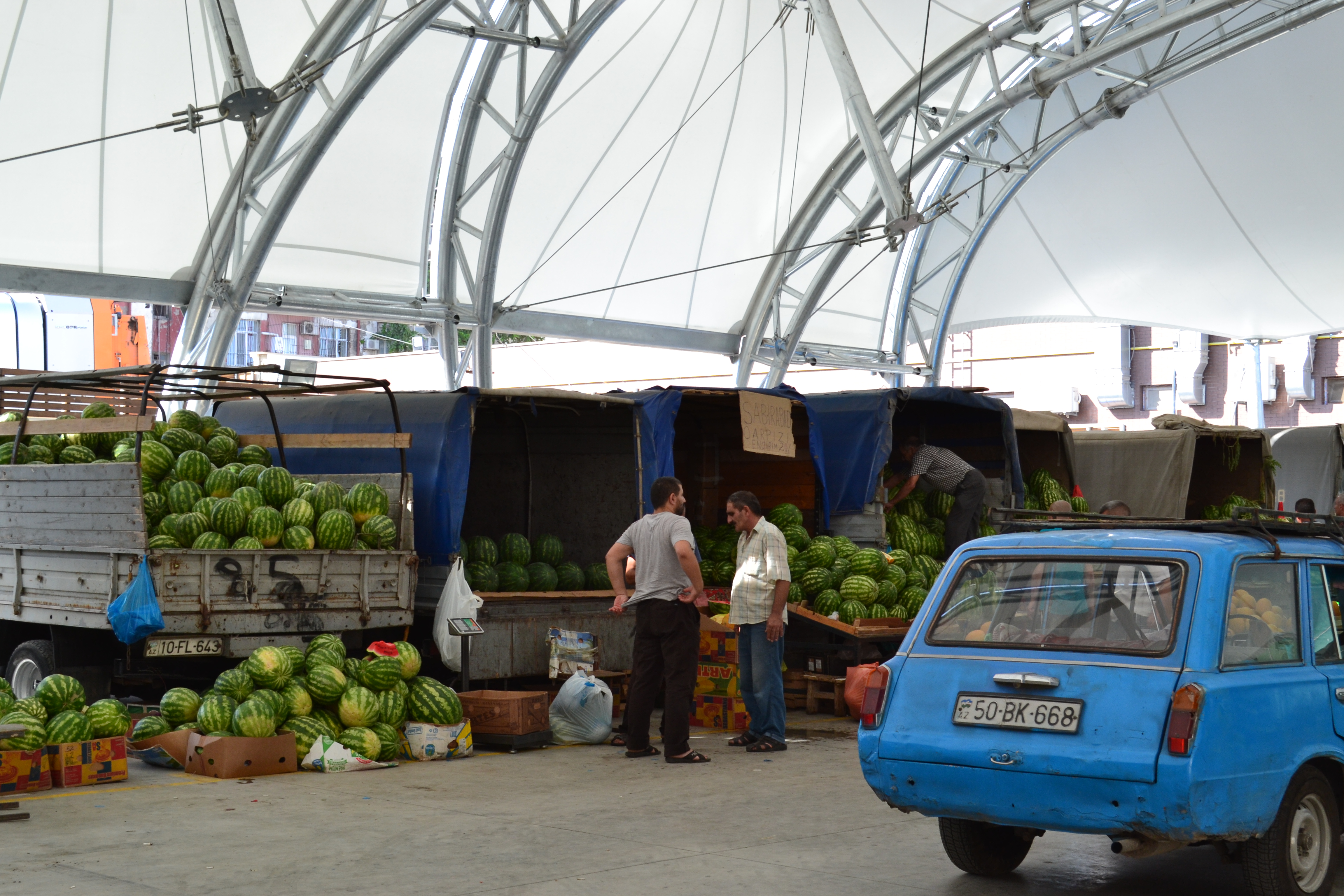 Two touristy but recommendable restaurants can be found in the city centre: The Fisincan and the Firuze. Both offer local food at reasonable prices, with the Fisincan also offering the opportunity to sit outside. Modern, cheap and hip accommodation is the SAHIL Hostel & Hotel in a good location, with a very ‘Western’ décor which you might not necessarily find in Azerbaijan. Good coffee you get in Coffee Moffie!

All in all, Baku is definitely worth a trip and offers the opportunity to jump through many epochs of human history in no time at all. Cheap prices, hospitable people and delicious food! 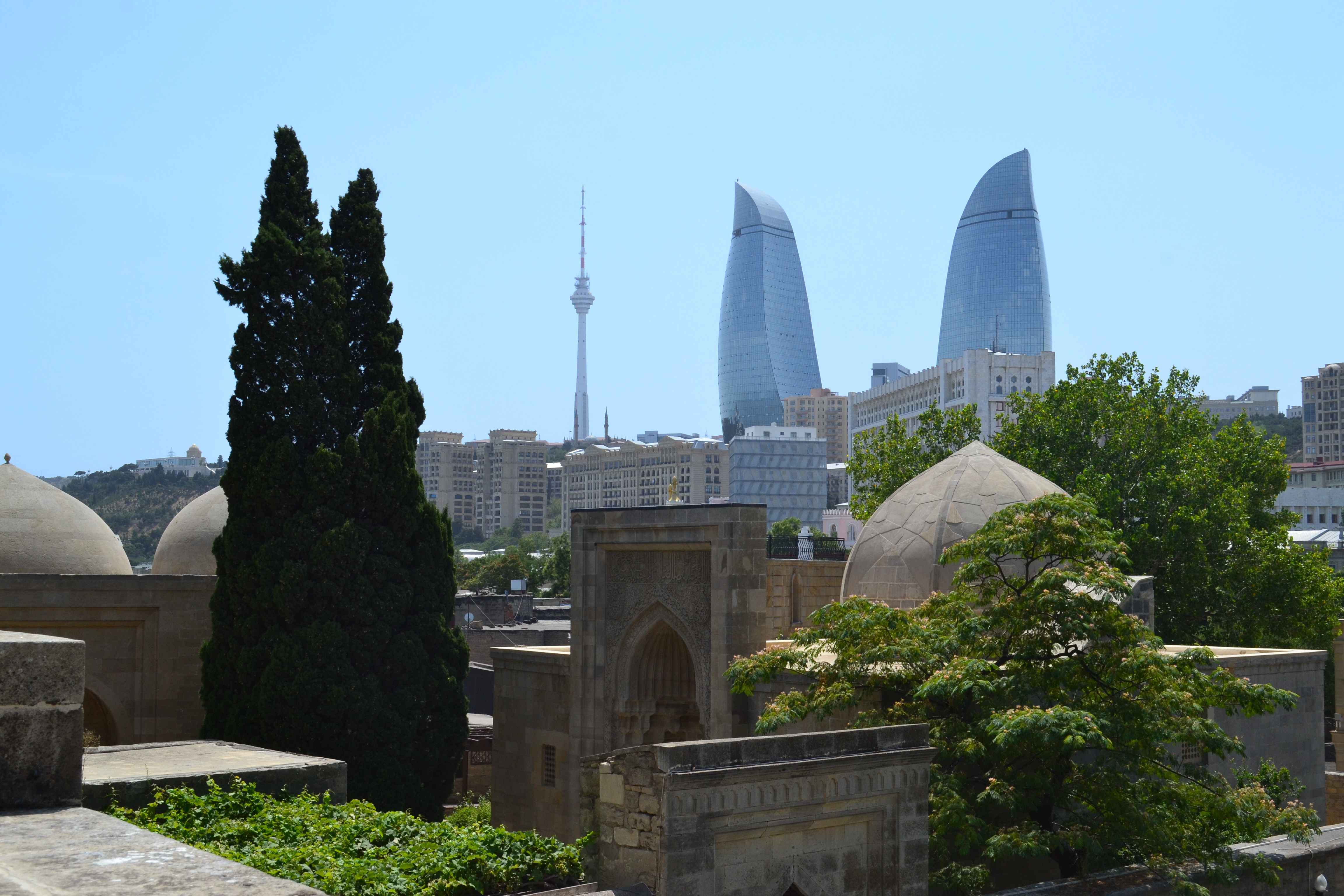